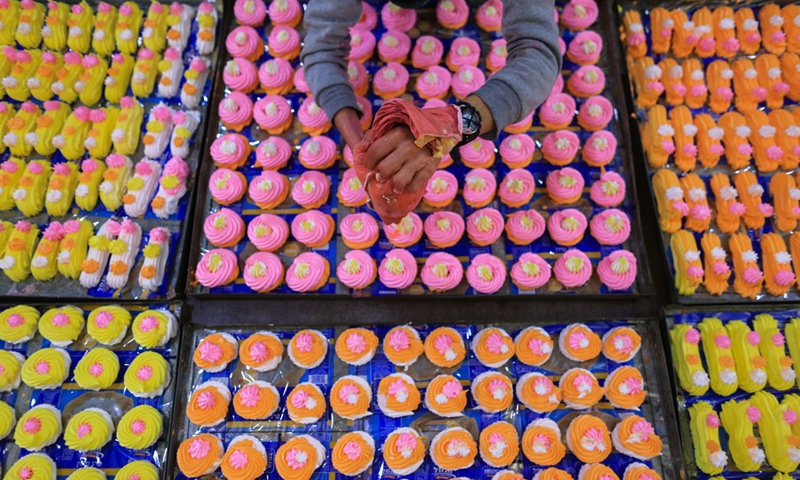 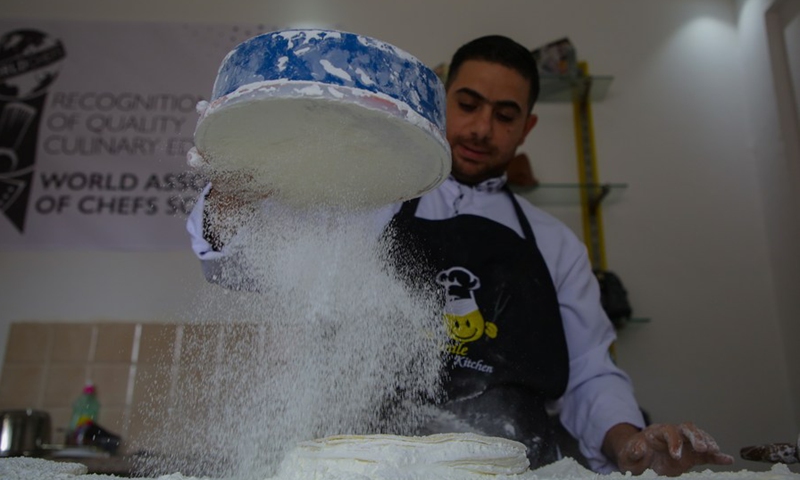 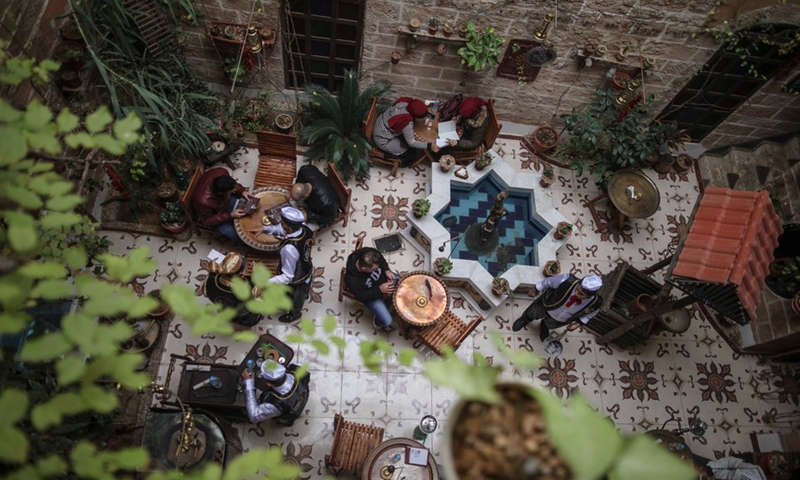 Chef Wareef Qassem, 40, displays watermelons engraved with the word “Welcome” and the name of his watermelon restaurant to attract customers, in Gaza City, July 9, 2020 (Photo: Xinhua)

In the coastal enclave of Gaza, groups of Palestinian women and men sit down for a class that equips them with professional cooking and serving skills.

Founded in 2017, Smile Kitchen School is the very first of its kind in Gaza. Specializing in the teaching of culinary arts, it has become a brand with hundreds of graduates.

The original intention of the founders Ahmed Taha and his wife Nour al-Batta was to teach young people to cook at home with natural and organic ingredients. But as the number of applicants increased, they decided to take further action.

“In the first year, there were around 750 trainees who took part in the workshops offered by the school,” said the 42-year-old father of five. “Now more than 3,500 students have joined our school, where they are learning to cook various types of international and Arabic dishes.”

In addition, the trainers also teach the students how to serve the dishes according to the etiquette, which has motivated some to participate in local and Arab competitions to win prizes.

Upon graduation, some go to local restaurants, some prefer to work for international restaurants outside of Gaza, mainly in European countries, and some start their own businesses.

“Cooking has been my hobby since I was a teenager,” said Manal al-Khatib, a woman from Gaza.

“Therefore, I come here to learn more about this field, especially the international varieties of sweets and cakes,” the 38-year-old mother of four told Xinhua.

“I had tried making delicious sponge cake on several occasions, but unfortunately all my attempts failed. This school taught me how to improve my skills,” the lady said with a smile.

Graduating from the school, al-Khatib plans to start her own business and market the products through social media.

“Using the tools available at home, I can make sponge cakes, take photos and post them on Facebook to attract customers,” the woman said, adding that she would earn money to cover the daily expenses of family.

Ali al-Majayda, a young man from the town of Khan Younis, is another student of Smile Kitchen. He joined him to learn how to serve as a bartender.

Working as a chef’s assistant at a local restaurant, the 27-year-old hoped to open his cafe in the neighborhood.

In addition to helping students search for employment opportunities, the school offered them the opportunity to participate in cooking competitions.

“In 2020, four of our students managed to win five medals, including silver and bronze medals, in a competition held in Dubai,” Taha said, adding that “many more will participate in the competitions that should be held soon in Algeria., Morocco and Turkey. “

Taha, along with his students, believe peaceful and safe life will resume in Gaza, allowing the tourism sector to be restored and providing tens of thousands of jobs for the people of Gaza.

“Our school is preparing an army of chefs and workers in this field who can be integrated into local restaurants as well as other establishments around the world,” he said.