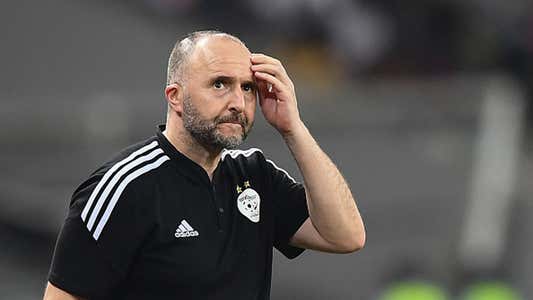 Algerian coach Djamel Belmadi said his team were eager to make people happy with their performance against Cameroon in the 2022 World Cup qualifying final.

The North Africans are preparing to face Cameroon in a home-and-away game scheduled for March 25-29.

The match is an opportunity for Belmadi’s side to win the hearts of the fans after their elimination from the group stage of the 2021 Africa Cup of Nations.

Algeria have participated in the World Cup four times and their last appearance was in Brazil in 2014.

“We want to make our people happy. A qualification in March will allow us to prepare in euphoria. I wanted to do this job to play in a World Cup,” Belmadi told a news conference, via foot market.

“This is the last time we have a World Cup in this configuration. Mahrez played in the World Cup once. It is a priority for him. »

The first leg of the encounter will take place at the Japoma stadium where Algeria played their Afcon group games despite criticism over the pitch.

However, Belmadi expects a tough game against the Indomitable Lions next month.

“Normally, they play in Yaoundé. Exceptionally, they make us play Japoma. We are traumatized by the pitch, not by the stadium or the city. We are not traveling for tourism,” he said.

“We’re going to need something exceptional. I have an optimistic and ambitious nature. We’re going to have to play a very, very big game. It’s for a World Cup, it can’t be just a game.”