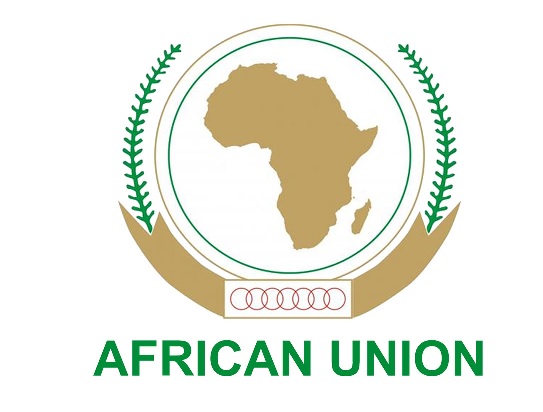 Africa on the move towards meaningful unity and economic integration –

The African region, referred to as the “Dark Continent” by European colonizers, was the primary source of the slave trade and raw materials for industries that flourished during the Industrial Revolution in Europe and the expansion of cotton farms in the United States. United.

In the advent of African decolonization in the early 1960s, the death knell of Africa. Several African leaders felt the need to create a continental organization that would promote unity among African countries and accelerate the decolonization of Africa.

The historical foundations of the African Union trace their origins to the first Independence Congress of African States, held in Accra, Ghana, from 15 to 22 April 1958. The conference was intended to form Africa Day, to mark each year the liberation movement concerning the will of the African people to free themselves from foreign dictatorship, as well as subsequent attempts to unite Africa, including the Organization of African Unity (OAU).

The OAU was established on May 25, 1963 in Addis Ababa, Ethiopia, with 32 signatory governments. Among the key founders of the establishment of the OAU were Emperor Haile Selassie of Ethiopia, Dr Kwame Nkrumah of Ghana, Gamal Abdul Nassir of Egypt, Leopold Sedhar Senghor of Senegal, Milton Obote of Uganda Jomo Kenyatta of Kenya, Julius Nyerere from Tanzania, Sekou Ture from Guinea and Al Haji Abubakir Tefewa Belewa from Nigeria and other leaders from Africa.

Some of the main objectives of the OAU were to encourage political and economic integration between member states and to eradicate colonialism and neo-colonialism from the African continent. While he achieved some success, there were also differences of opinion as to how to achieve it.

Shortly after gaining independence, a number of African states expressed a growing desire for greater unity within the continent. However, not everyone agreed on how this unity could be achieved, and two opinion groups emerged in this regard:

The Casablanca bloc, led by Kwame Nkrumah of Ghana, wanted a federation of all African countries. Besides Ghana, it also included Algeria, Guinea, Morocco, Egypt, Mali and Libya. Founded in 1961, its members were referred to as “progressive states”.

The Monrovian bloc, led by Senghor of Senegal, believed that unity should be achieved gradually, through economic cooperation. He did not support the idea of ​​a political federation. Its other members were Nigeria, Liberia, Ethiopia and most of the former French colonies.

Some of the initial discussions took place in Liberia. The dispute was finally resolved when Ethiopian Emperor Haile Selassie I invited the two groups to Addis Ababa, where the OAU and its headquarters were later established. The Charter of the Organization has been signed by 32 independent African States.

At the time of the dissolution of the OAU, 53 of the 54 African states were members; Morocco left on November 12, 1984 following the admission of the Sahrawi Arab Democratic Republic as the government of Western Sahara in 1982.

In accordance with the Charter signed by the founding Member States, the OAU had several objectives, including the coordination and intensification of the cooperation of African States in order to achieve a better life for the peoples of Africa. Defend the sovereignty, territorial integrity and independence of African States.

The OAU was also dedicated to the eradication of all forms of colonialism and white minority domination because, when it was created, several states had not yet gained their independence or were ruled by a white minority. South Africa and Angola were two such countries. The OAU has proposed two ways to rid the continent of colonialism and white minority rule. First, it would defend the interests of independent countries and help to pursue independence those of countries still colonized. Second, it would remain neutral in terms of world affairs, preventing its members from being controlled once again by outside powers.

The continental organization had other goals, including that of ensuring that all Africans enjoyed human rights. Raise the standard of living for all Africans and settle disputes between members – not through fighting but rather through peaceful and diplomatic negotiations.

The OAU has succeeded in several respects. Many of its members were also members of the UN, and they united in the latter organization to safeguard African interests – particularly with regard to persistent colonialism.

The organization played a pivotal role in eradicating colonialism and white minority rule in Africa. He gave arms, training and military bases to rebel groups fighting the white minority and the colonial regime. Groups such as the ANC and PAC, fighting apartheid, and ZANU and ZAPU, fighting to overthrow the government of Rhodesia, have been aided in their efforts by the OAU.

The OAU has also worked with the UN to alleviate refugee problems. He created the African Development Bank for economic projects to strengthen Africa financially. Although all African countries eventually gained independence, it remained difficult for them to become fully independent from their former colonizers. There was often a continued reliance on former colonial powers for economic aid, which often came with strings attached: loans had to be repaid at high interest rates and goods had to be sold to helpers at low rates.

Among other things, the OAU formulated the Lagos Plan of Action, (1980), the African Charter on Human and Peoples’ Rights, (1981), the African Priority Program for Economic Recovery, (1990) , the Treaty on the African Economic Community, (1991) , and formulation of NEPAD in 20001.

OAU initiatives paved the way for the birth of the African Union (AU). In July 1999, the Assembly decided to convene an extraordinary session to accelerate the process of economic and political integration of the continent. Since then, four summits have been held leading to the official launch of the African Union:

The vision of the African Union is that of: “An integrated, prosperous and peaceful Africa, driven by its own citizens and representing a dynamic force on the world stage”.

The structure of the AU comprises the Assembly of Heads of State and Government, the Executive Council, the AU Commission, the Committee of Permanent Representatives, the Peace and Security Council, the Pan-African Parliament, the Council economic, social and cultural, the Courts of Justice and 7 specialized committees. .

Some of the objectives of the AU

The AU has recorded positive achievements, particularly in paving the way for the creation of economic integration among member states. In this regard, one of the key steps taken by member states is the establishment of the African Continental Free Trade Area (AfCFTA). Many believe that the Africa Free Trade Area can generate tremendous inclusive economic growth for the continent. According to the World Bank, the AfCFTA will create the largest free trade area in the world, measured by the number of participating countries. The pact connects 1.3 billion people in 55 countries with a combined gross domestic product (GDP) valued at $3.4 trillion. It has the potential to lift 30 million people out of extreme poverty, but realizing its full potential will depend on the implementation of major policy reforms and trade facilitation measures.

The 35th Ordinary Session of the Assembly of Heads of State and Government will convene in Addis Ababa from February 5-6, 2022 under the theme “Building Nutrition Resilience on the African Continent, Accelerating Human Capital, social and economic development”.