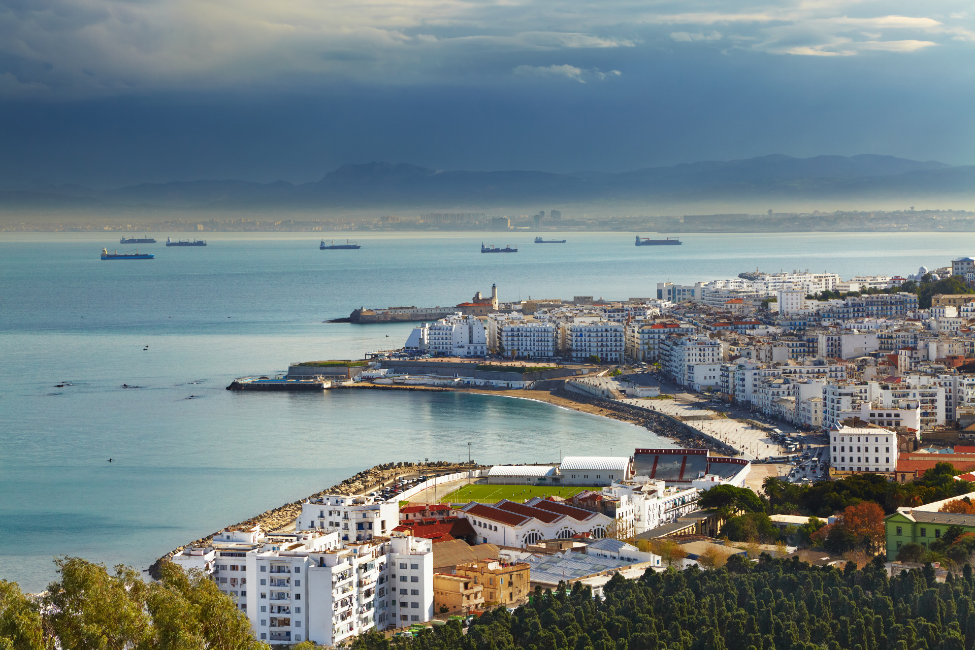 In a resource-rich continent with dynamic population growth, African countries have nevertheless been hit hard by the pandemic, resulting in significant losses in gross domestic product (GDP). And the road to recovery is still strewn with pitfalls.

Despite impressive economic performance over the past decades, intra-regional trade has remained low in Africa compared to its trade with Asia and Europe, accounting for less than 17% of total trade volume compared to 59% for the intra-Asian trade and 68% for intra-European trade. Following the biggest policy shift in the region promoting integration – the African Continental Free Trade Area Agreement (AfCFTA) – African economies are now turning their attention inward and seeking to build resilience through stronger intracontinental trade links.

Following a resurgence in the post-COVID-19 recovery and a global rebound in hydrocarbon prices, many commodity-focused African countries are seizing the opportunity to transform existing structures and move away from reliance on vis-à-vis Europe for their trade relations. One of these countries is Algeria. The Maghreb’s largest economy and Africa’s fourth, Algeria is set to host the next Arab League summit in March 2022. The nation is taking the lead in regional affairs, seeking peaceful solutions to ongoing tensions. Alongside Algeria’s diplomatic efforts, which is taking a more proactive role in developing intra-African trade through the AfCFTA, its economy has the potential to advance much-needed industrial diversification and leverage its export capabilities. infrastructure, which will be strategic for regional resilience. .

Algeria can achieve its longstanding ambitions to diversify its economy and offset uncertainty by investing in non-oil areas, namely tourism, agriculture and manufacturing1. Temporary but welcome respite can help newly appointed cabinet2 continue to engage in key structural reforms.

The state of the Algerian economy

Accounting for 90% of its foreign revenue, the oil and gas sector has historically dominated economic activity in Algeria, leaving the country exposed. As a result, the unprecedented volatility of 2020 and the global decline in oil prices led to a contraction of 4.9% in 2020, which aggravated existing vulnerabilities and prompted the government to recognize the urgency of reform in Algeria. Today, government and policymakers are exploring new avenues to diversify away from oil dependence, and business relationships are rapidly becoming key.

Indeed, the country’s dependence on Europe for trade has caused additional strains, as it is the destination of most of its hydrocarbon exports. Like many other African countries, Algeria has traditionally prioritized trade with Europe. And even though China has increased its presence in recent years, becoming the country’s largest trading partner, Algeria still maintains important commercial and economic ties with France. This came at the expense of lower trade volumes with other African economies. In this regard, intra-African trade will allow Algeria to mitigate future volatility by expanding its network of revenue streams and reaching beyond Europe for its trading partners.

But what can Algeria offer to the rest of Africa? Initially, the transition will require oil and gas as the main source of financing. Existing pipelines to the south may enable Algeria to export to the region. As the goal remains to reduce dependence on oil and gas, this may temporarily help Algeria explore potential new markets in Africa and shift away from European flows.

In addition to hydrocarbons, the manufacturing industry stands out as one of Algeria’s growing strongholds. Over the past five years, the manufacturing sector has grown steadily at 4% per year. The country enjoys low energy and labor costs, giving it considerable competitive advantages and increasing its attractiveness for investment among its regional counterparts. For example, the cement industry produces a surplus of 20 million tonnes of cement per year, of which 1 million is already exported to sub-Saharan Africa. This is a future growth area that presents an opportunity to further promote intra-African trade, as the government has announced its intention to export the remaining surplus, generating over $900 million annually.

Another emerging area is infrastructure. Lack of adequate infrastructure has been a major impediment to further regional integration for many African countries. However, this is not the case in Algeria. With landmark infrastructure projects, such as a 4,500 kilometer highway link between its capital, Algiers, and Lagos, Nigeria, as well as major port construction projects along the northern coast, successive governments have demonstrated their desire to invest massively in Algerian infrastructure.

With the Trans-Saharan Highway project, Algeria occupies a strategic position to connect neighboring countries and the rest of the world through high quality infrastructure. The project promises to make Algeria the gateway to Africa, serving as the main conduit for a new trade corridor linking North Africa and sub-Saharan Africa, including landlocked neighbors such as Niger and Mali, allowing access to goods and services via the Algerian road. connections, ports, pipelines and airports.

Nevertheless, Algeria’s ambitions to diversify its economy and improve intra-African trade will require more than the completion of the Trans-Saharan Highway. To achieve these goals, political and financial commitments from the government are needed to support the implementation of the AfCFTA and prepare the business landscape for investment flows. Thus, intra-African trade and private investment can transform Algeria’s untapped potential and create jobs that benefit from its dynamic population. This means that significant reform is needed.

Transforming to build an African future

In an unprecedented context, Algeria can leverage the recovery from the pandemic and the reduction of trade barriers through the AfCFTA as opportunities to continue to engage in key structural reforms. Increasingly extended since January 2021, the The AfCFTA has been signed by 54 of the 55 African countries, of which 36 have already ratified the implementation3. This has greatly improved the prospects for greater intra-regional cooperation.

Already, a government plan seeks to establish reforms that will stimulate the economy and offset uncertainty. Leveraging good governance and a business-friendly environment and implementing key reforms alongside the AfCFTA will help encourage foreign direct investment (FDI) which is essential for job creation and economic diversification. . As the Algerian financial sector is still largely influenced by public banks, regulators will need to offer private operators more flexibility and allow greater engagement.

In this regard, with its government action plan announced in September 2021, the The Algerian government has shown its willingness to undertake significant reform and open up to more FDI4. The plan outlines areas of reform that will help consolidate good governance and revive growth in the country, ranging from modernizing banking and financial systems to improving investment conditions. In addition, a component is devoted to building export capacity outside the hydrocarbons sector. These are encouraging steps that can accelerate the recovery and foster new growth.

Strengthening the financial sector will inevitably benefit Algeria’s attempt to diversify its economy, doubling down on its efforts to promote investment in its agricultural, manufacturing and tourism sectors. In this regard, banks specializing in trade finance such as the British Arab Commercial Bank (BACB) are designed to be effective facilitators of Algeria’s objectives in intra-African trade. A key requirement for realizing the potential of the AfCFTA in countries like Algeria will be pan-African banking networks that link Anglophone and Francophone markets across the continent. Reliable banking partners who meet UK regulatory standards can facilitate cross-border trade in goods and services, mitigate associated risks and provide cash solutions where needed. Overall, reforms and collaborations with key stakeholders will bring greater prosperity.

Algeria can leverage the momentum of the post-pandemic global recovery to diversify its economy and invest in future growth areas, particularly in manufacturing, agriculture and tourism. Taking advantage of new opportunities for trade integration can catapult the Maghreb’s largest economy to become Africa’s gateway and a regional leader in development while moving away from European dependence.

With structural reforms underway, the new government should continue to build on existing strengths, such as a young and dynamic workforce and major infrastructure projects, which will be essential to Algeria’s role in intra-African trade. Finally, a strategy that includes changes in the financial sector can unlock the investment flows needed to transform the economy and revive growth. To this end, Algeria will need help not only from banks and their pan-African networks, but also from its neighbours.

1 The World Bank: “The World Bank in Algeria.”
2 Reuters: “Algeria forms new government with unchanged energy and finance ministers», July 7, 2021.
3 African Union: “About the African Continental Free Trade Area (AfCFTA).”
4 People’s Democratic Republic of Algeria : “Government Action Plan for the Implementation of the Program of the President of the Republic», September 2021.

Warning: The material and information contained in this article is provided for general information only and should not be relied upon as the basis for making trading or investing decisions. The article includes information obtained from sources BACB believes to be reliable, but BACB does not represent, warrant or accept responsibility for its completeness or accuracy. If you intend to rely on this information, you must take your own independent advice. Information may change at any time; however, the BACB has no obligation to update it.

Nabil Frik is Managing Director of the British Arab Commercial Bank (BACB). With over 20 years of banking experience in London and Frankfurt, Nabil leads the strategic direction and management of business development activities in Africa, the Middle East and the Indian Ocean.

2022-03-08
Previous Post: Compulsory health insurance will have a positive impact on Qatar’s economy
Next Post: Iran says lack of US decision on nuclear deal complicates talks