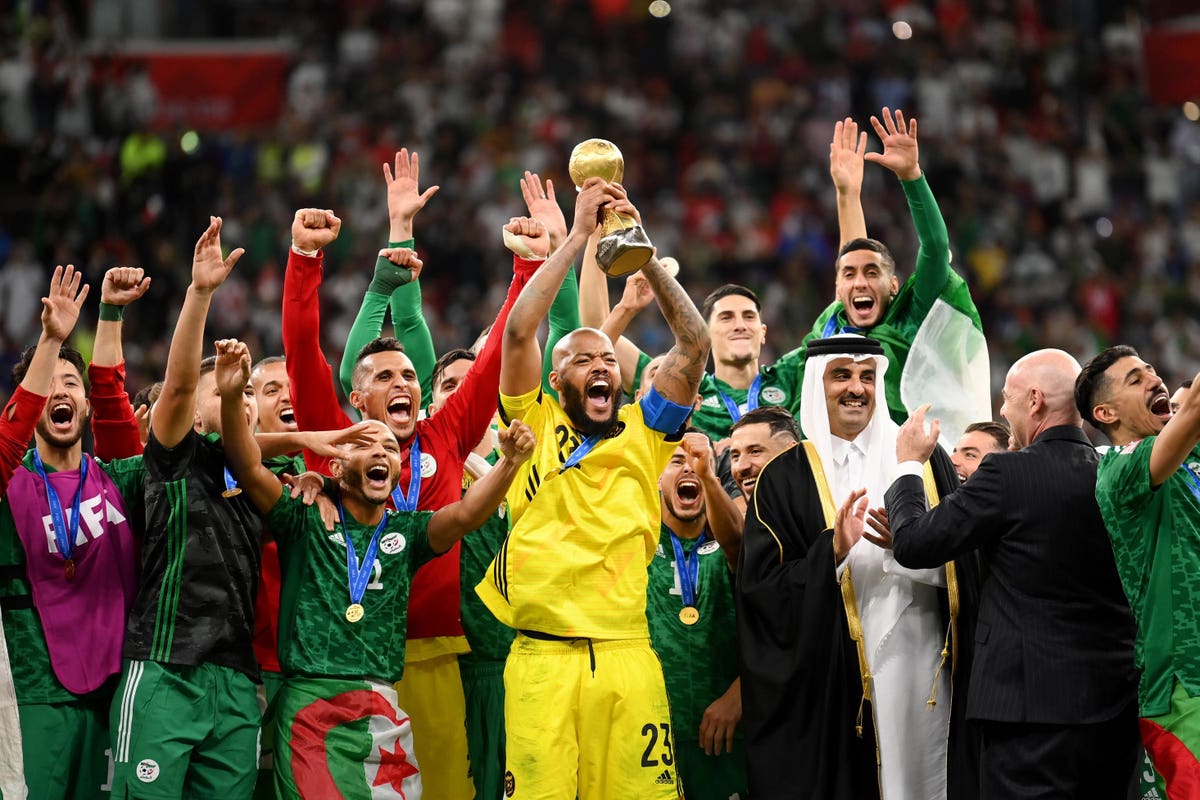 In the annals of football history, the extra-time goals of Amir Sayoud and Yacine Brahimi to decide the Arab Cup final and crown the Algerian tournament champion for the first time will be just a note of footer. This is neither to minimize the quality displayed by the hosts of Qatar and some of the North African behemoths, nor to downplay the cultural and sporting importance of the event.

It’s a tournament that may well have more merit and depth than the smaller regional Gulf Cup, but apart from Saudi Arabia and the United Arab Emirates, only a few other countries in the Arabian Peninsula have the infrastructure. necessary to run a 16-team tournament of this magnitude. . In reality, FIFA has revived the Arab Cup, last held in 2012, in an expanded format to give World Cup hosts Qatar another dry run before the World Finals in 2022.

In many ways, the presentation of the trophy by the Emir of Qatar, the fireworks at Al Bayt Stadium and Doha Corniche to celebrate football and Qatar’s National Day mark the end of Qatar’s preparations for the World Cup. The competition is now truly at the gates of the country. In fact, by this time next year the full-time whistle will have sounded on the World Cup, which FIFA awarded in 2010 on a chilly yet unforgettable afternoon in Zurich, in the middle of surprise, outrage and accusations of corruption.

The Gulf country has seen a decade of astronomical investment in World Cup infrastructure and venues, spending an estimated $220 billion, with its West Bay skyline reaching ever higher into the sky. It is a larger-than-life soft power and nation-building project. The Qatari capital is a permanent construction site where workers work tirelessly in the heat to prepare the city for the ultimate football party.

The Arab Cup offered a preview and a flavor: a compact World Cup steeped in Middle Eastern culture. Over 500,000 tickets were sold for the 32 matches at six stadiums, all World Cup venues, most to Qatari residents, a figure that exceeded all expectations. The quarter-final between Qatar and the United Arab Emirates at Al-Bayt Stadium drew 63,439 spectators, the highest attendance ever for a sporting event in Qatar. Organizers have been holding matches in a biosecure way – not unimportant during a global health crisis – and testing matchday operations.

“The tournament provided a golden opportunity to test the pre-World Cup preparations and all relevant infrastructure,” Abdulaziz Al Mawlawi, the host nation’s director of mobility operations, told a news conference. “We tested all our transport infrastructure, including Qatar Rail making 71,000 trips and operating 21 hours a day, instead of the usual 17 hours. Additionally, Ashghal provided 62,000 parking spaces for fans, while the Hamad International Airport operated a dedicated terminal to accommodate the 15 visiting teams.

That Qatar has the infrastructure and resources to stage the World Cup is no longer in doubt, although the enormity of football’s biggest jamboree will pose challenges for any host nation, no matter how small. Since 2010, the Gulf country has hosted a series of international sporting events, including the 2015 Handball World Cup, the 2019 IAAF World Championships and the 2019 Club World Cup with operational success.

But one year from the World Cup, very uncomfortable questions hang over Qatar. Although the government has introduced a minimum wage, labor reform remains fragile, according to media and human rights groups. Allegations of human rights violations are simply not going to go away.

Earlier this year, The Guardian reported that 6,500 migrant workers have died in Qatar since 2010, including 37 deaths linked to the construction of World Cup stadiums. The paper’s findings sparked a storm of protests in Western Europe, sparking renewed scrutiny over the 2022 hosts.

The Arab Cup was not without problems either. Last month, three Norwegian journalists were arrested by Qatari authorities and Abdullah Ibhais, a former local organizing committee media official who raised concerns about migrant workers, was sentenced to three years in prison. prison for corruption by the Court of Appeal. in Lusail where the World Cup final will be played.

Ibhais has always denied the charges and said he was being punished for criticizing the handling of a migrant workers’ strike. The accused was not brought before the court of appeal and the defense lawyer was not allowed to speak. The judge took less than 60 seconds to pronounce the sentence. Previously, human rights groups had called on FIFA to ensure Ibhais receives a fair trial, but the world federation, which claimed to be ‘monitoring this matter closely’, had no representative before the tribunal.

In a statement, Abdullah Ibhais’ family said he was standing “in front of kangaroo court”, “the hearing lasted less than a minute” which “lacks the minimum requirements of justice” and that they hold “FIFA responsible”.

The State of Qatar, however, said the case “has followed all proper legal procedures and protocol”.

With the World Cup less than a year away, Qatar is entering the final stages of World Cup preparations, and these questions will define the tournament’s legacy – not who will succeed France as world champions.