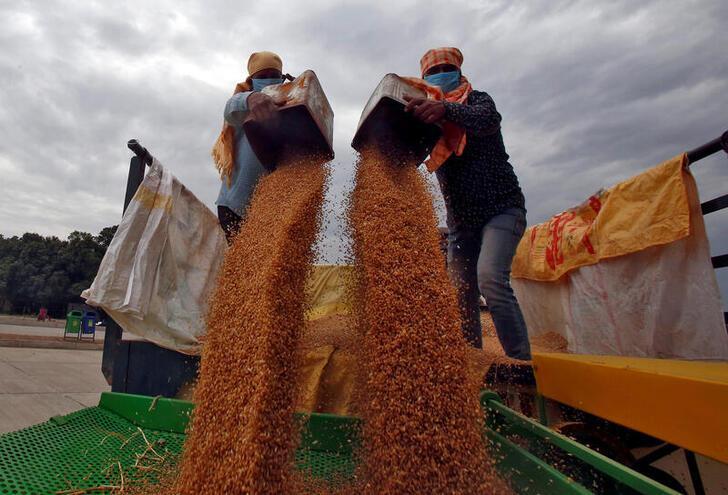 HAMBURG/PARIS – Algeria’s national cereals agency OAIC bought between 500,000 and 570,000 tonnes of milling wheat on Friday, expected to come mainly from South America and the Black Sea region as part of a call for tenders. international offers, announced European traders.

No sales of French wheat were reported. The tender closed on Thursday but was postponed as Algerian authorities debated whether to accept French wheat, traders said.

Traders said they expected wheat bought on Friday to come mainly from Romania, Bulgaria, Ukraine and Argentina. Some German sales were also mentioned.

“I think it’s pretty clear that Algeria was looking for alternatives to French wheat, but Russian wheat is too expensive because of export taxes,” said a trader.

Diplomatic tensions between Paris and Algiers in recent months appear to have bolstered OAIC’s efforts to diversify its sources of wheat away from France, traditionally its main supplier, according to traders.

Bid price estimates were still around $348 to $350 a ton c&f, traders said. More detailed evaluations of prices and tonnages purchased are possible later.

Algeria does not publish the results of its tenders and the reports are based on commercial estimates.

The current tender sought to ship wheat in two periods – March 1-15 and March 16-31 – from major supply regions, including Europe. If it is from South America or Australia, the shipment is made one month earlier.