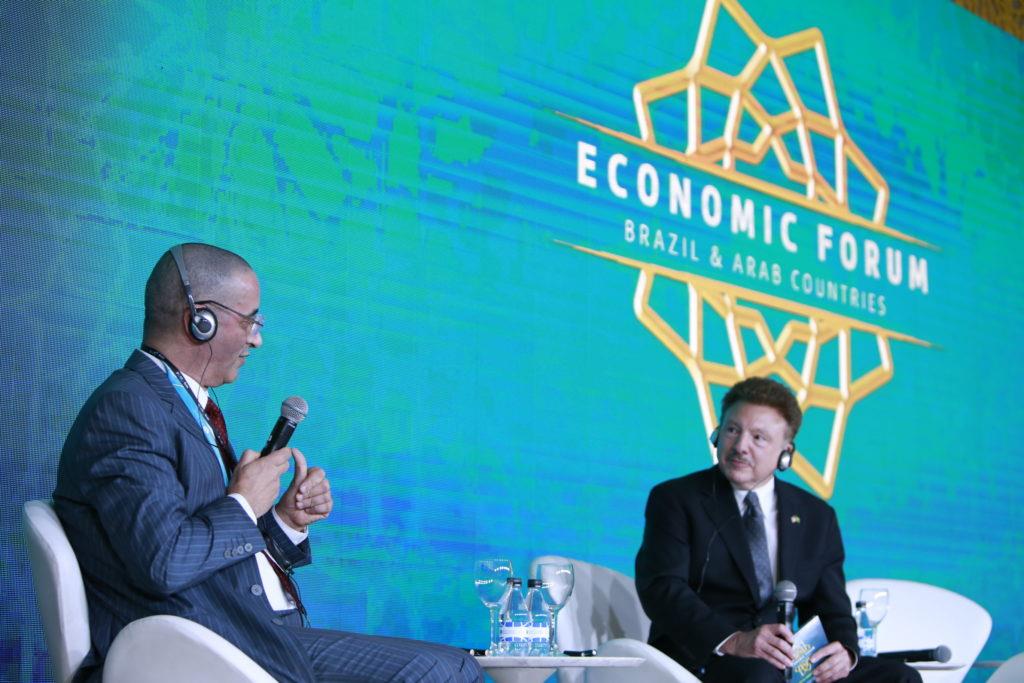 São Paulo – The volume of trade between Brazil and Algeria was 3 billion dollars in 2021, according to the secretary general of the Algerian Ministry of Industry, Belabrik Salah Eddine. In addition to highlighting the figure, Eddine commented that this is the first time that the Algerian state has participated in an economic forum in Brazil. “It shows the importance we attach to these types of events, the economy, investments and bilateral cooperation, especially because we are the first export destination of Brazil in Africa and the third in the Arab world,” he said.

The Secretary General came to Brazil to participate in the special session “Promising Prospects for Economic Cooperation between Arab Countries and Brazil” held during the Brazil and Arab Countries Economic Forum on Monday (4). Seated next to him was National Arab-American Chamber of Commerce (NUSACC) President David Hamod, who moderated the session.

From the beginning, Hamod reinforced the relevance of partnerships both between Brazil and the Arab world and between the Arab chambers of the United States and Brazil. “A hand cannot clap,” he said. “We are very grateful to be here to celebrate the 70th anniversary of the Arab-Brazilian Chamber of Commerce (ABCC), our sister. In the United States, we are a bit late, celebrating our 50th anniversary,” he said.

The NUSACC president recalls a trip he took to Algeria when he saw exports of carpets, chilled goods and pharmaceuticals. “These were the highest quality products,” he said. of irrigation equipment for Algeria agribusiness . I say this because perhaps Brazil could do the same. We have had great success in trade with Algeria,” he added.

The representative of the Algerian Ministry of Industry took the opportunity to invite participants to provide Technology and expertise to the millions of hectares available in this African country. “We have irrigation projects in the Sahara Desert with outstanding results, he said. “We have land, resources, government support, tax exemptions, transparency and trust. All the conditions are met for foreign investors to be more present in our country,” he said.

The Secretary General also gave some additional information about the North African country, such as its population of 50 million with an average age of 25. “We have a relevant workforce,” he said. of the cheapest in the world. Another important point is the transport from Algeria to Europe via the Mediterranean Sea, which takes only one hour. Brazilian companies are welcomed with open arms.

Learn more about the Brazil and Arab Countries Economic Forum.


Legal disclaimer: MENAFN provides the information “as is” without warranty of any kind. We assume no responsibility for the accuracy, content, images, videos, licensing, completeness, legality or reliability of any information in this article. If you have any complaints or copyright issues related to this article, please contact the provider above.

2022-07-05
Previous Post: Sixty years after Algeria’s independence, will soaring prices increase its dependence on oil?
Next Post: Security bubble in the camp & 50 agents: Fecafoot’s plans for the Indomitable Lions in Doha