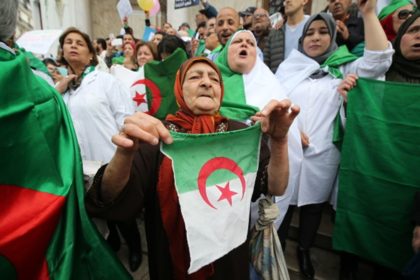 Be nice to people on your way because you might run into them on your way back! This is what a saying goes that applies well to Algeria’s hysterical and hostile attacks on the World Bank after the publication of a report which only states the obvious and urges Algeria to take action. to avoid the collapse of its economy and social peace.

Yet they are heading for structural adjustment and they will soon be knocking on the door of the World Bank to seek loans. But until then, their insolvency and risk of default will make access to international finance so costly for a poor but oil-rich country.

In its latest rant, the Algerian news agency APS attacked the leader of the MENA region at the World Bank Farid Belhadj and accused him of serving the Moroccan lobby.

Belhadj’s fault is that the World Bank released a report that contained a detailed analysis of the deepening poverty ladder in an oil and gas country that has done little or nothing to diversify its economy. .

The APS and the Algerian military regime are so angry with the World Bank for exposing the lies of a government in disarray, incapable of meeting neither the economic demands of the people nor their democratic aspirations.

The APS has already devoted two diatribes to accuse Morocco of using the World Bank. This kind of blame game targeting Morocco suggests that Rabat is so powerful in preparing a World Bank report and also shows the lack of respect Algeria has for international institutions as it continues to behave like a rogue state.

While they remain in denial, the reality on the ground confirms the World Bank’s conclusions. The high inflation and the devaluation of the dinar as well as the drop in imports have plunged the Algerian population into a situation of shortage of essential goods coupled with a collapse in purchasing power.

As the military regime attacks the World Bank and Morocco, Algerian youth continue to flock to Spain. Hundreds of young Algerians were rescued by the Spanish coastguard a few days after New Year’s Eve.

The North Africa Post news desk is made up of journalists and editors, who are constantly working to provide new and accurate stories to NAP readers.

2022-01-07
Previous Post: Britain wins in Brexit as the country prepares to become the leader in crypto-finance before the EU | Politics | News
Next Post: Ooredoo Group announces new executive appointments