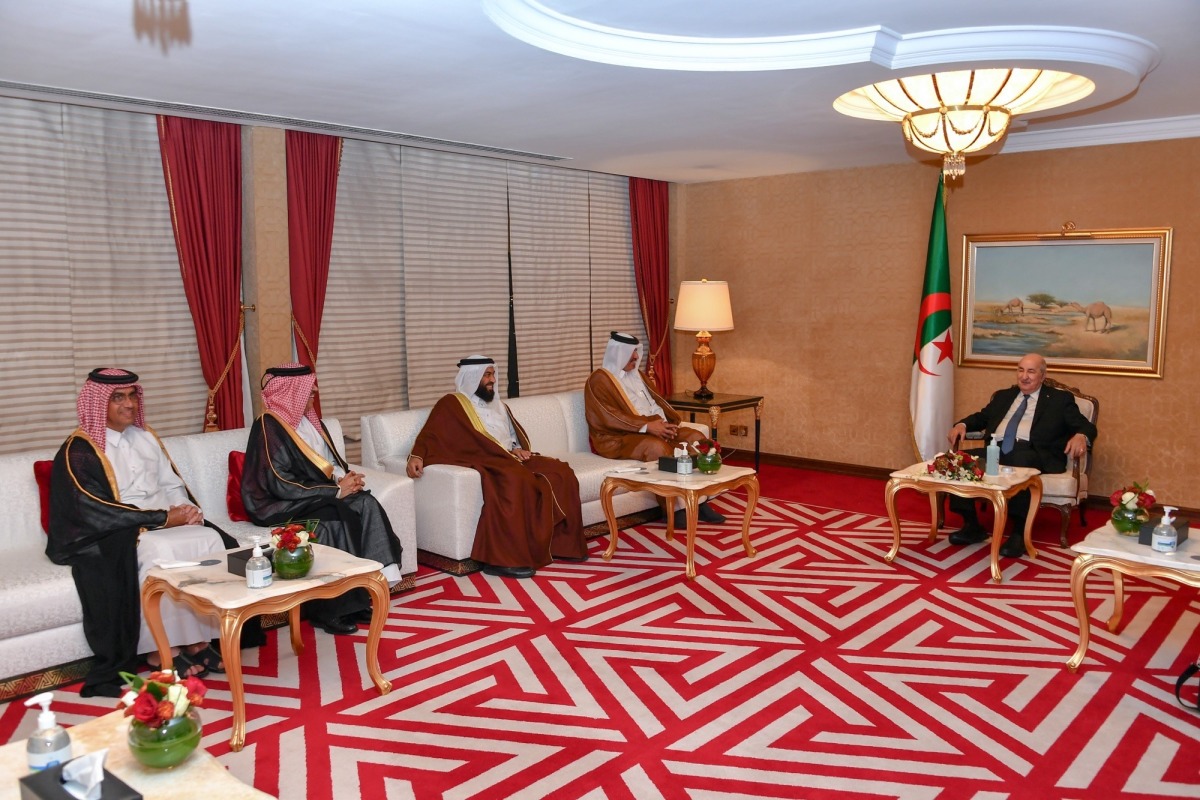 Algerian president invites Qataris to invest in his country

Doha: The President of the sister Democratic and People’s Republic of Algeria, HE Abdelmadjid Tebboune, yesterday met with officials from the Qatar Chamber at the Sheraton Hotel.

During the interview, Tebboune affirmed the solidity of the relations between Qatar and Algeria, noting that there is a common will to energize these relations and develop them in all areas.

He called on Qatari investors and businessmen to invest in Algeria, noting that there are a myriad of investment opportunities available in many sectors such as services, real estate and industry.

The Algerian President affirmed that the investment environment is witnessing a significant development thanks to the improvement of the legal and legislative structure, indicating that a series of laws will soon be enacted to further support investments and provide facilities for investors and to businessmen.

The meeting discussed the possibility of exchanging skills between the Qatari and Algerian private sectors and organizing a business visit of Qatari businessmen to Algeria to familiarize themselves with the investment opportunities available.

For his part, Mohamed ben Twar Al Kuwari praised the strong close relations between Qatar and Algeria and the common will of the two parties to develop them, particularly in the economic and commercial aspects, stressing that Qatari businessmen are eager direct their investments towards Algeria.

He noted that there are around 52 Qatari-Algerian companies operating in Qatar in many sectors, including trade, contracts, services, fashion, furniture, interior design and education, pointed out that the Qatari market welcomes Algerian companies, because there are many opportunities for the establishment of joint ventures between companies of the two countries whether in Qatar or in Algeria.

He has developed successful models of Qatari-Algerian partnerships such as the Algerian-Qatari Steel Company, which owns the Bellara Steel Complex in Jijel Province, an investment of around $2 billion, and the Ooredoo Group, which has achieved remarkable success in Algerian telecommunications. sector, in addition to several significant investments by Qatari businessmen in many sectors.