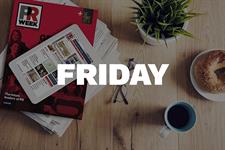 President Trump released a concession video on Thursday decrying Wednesday’s violence at the Capitol and saying he was focused on transition. “We just had an intense election and the emotions are running high,” Trump said. “But now tempers must be appeased and calm restored. A new administration will be inaugurated on January 20. My focus now is to ensure a smooth, orderly and transparent transition of power. This moment calls for healing and to reconciliation.” (The hill)

Wednesday’s violence forces officials to review Biden’s inauguration plans, Associated Press reports. The ceremony will take place on the west front of the Capitol, exactly where rioters broke through police lines before entering the building. They invaded the scaffolding and the bleachers staged for the ceremonies.

Simon & Schuster has canceled publication of Senator Josh Hawley’s book (R-MO) “The tyranny of Big Tech”, after Wednesday’s violence at the Capitol. Hawley was the first senator to say he would oppose the results of the 2020 presidential election. Sales of the book were to begin in June. “We did not take this decision lightly,” the publisher said in a statement. On Twitter, Hawley called Orwellian’s decision. “I will fight this cancel culture with everything I have,” he tweeted. “See you in court.” (CNN)

Government relaunches Paycheck Protection Program following Congress’s approval of the coronavirus relief bill in December. The Associated Press reports that the Small Business Administration will soon announce when applications — which must be submitted and approved by March 31 — will open. Some $284 billion was allocated to new loans. Early rounds funded over 5.2 million loans worth $525 billion with hundreds of PR firms asking for money.