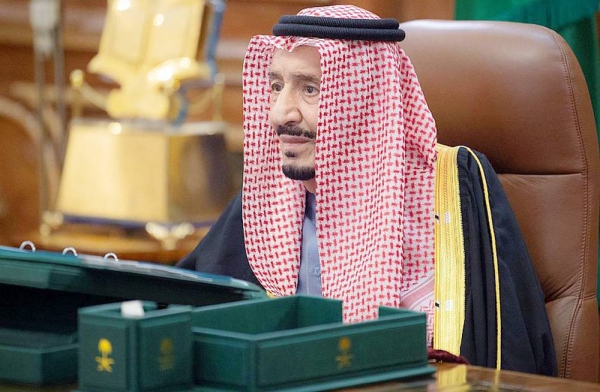 Riyadh — The Cabinet on Tuesday highlighted Saudi Arabia’s role in developing the mining sector in light of the Saudi Vision 2030 which aims to broaden the industrial base and economic diversification.

The Custodian of the Two Holy Mosques, King Salman, Prime Minister, chaired the virtual Cabinet session here, during which he discussed the Future Minerals Forum, held in Riyadh, the agreements signed and the memorandums of understanding he’s witnessed and discussions of the biggest future trends in the industry.

He also highlighted the characteristics of the future of minerals in the sustainable development of the world in addition to making the mining sector a third pillar of national industries and increasing its contribution to GDP from 17 billion dollars to 64 billion dollars. dollars by 2030.

At the beginning of the session, the Cabinet was briefed on the contents of the letter received by the Custodian of the Two Holy Mosques from President Abdelmadjid Tebboune of Algeria as well as the talks and mutual visits between the officials of Saudi Arabia and a number of countries. , which aimed to consolidate joint cooperation and collective action so as to contribute to the further development of relations and support security and stability in the region and worldwide.

In a statement to the Saudi Press Agency (SPA), Acting Media Minister Dr. Majid Bin Abdullah Al-Qasabi said the Cabinet had reviewed a number of reports on the events and their developments in various areas, reiterating Saudi Arabia’s condemnation of the terrorist attack. which targeted Abu Dhabi International Airport.

The Cabinet affirmed Saudi Arabia’s full support for the UAE against all threats to its security and stability, stressing that Saudi Arabia, through its leadership of the coalition forces to support legitimacy in the Yemen, will continue to face all terrorist attempts by the Houthis and the threat they pose. security and peace in the region and in the world.

The Cabinet considered Saudi Arabia to remain the world’s third largest donor of humanitarian aid in 2021, and being the largest donors to Yemen according to the United Nations Financial Tracking Service (FTS), a reflection of the strong values ​​and principles of this country and its people to help people in need all over the world. The Cabinet also viewed this achievement as an embodiment of Saudi Arabia’s high international status in this area.

The Council of Ministers hailed the efforts made to combat drug trafficking in the Kingdom and protect society from this scourge. The Cabinet commended the contribution of Zakat, the Revenue and Customs Authority, in coordination with the General Directorate of Narcotics Control, to thwart two attempts to smuggle more than 8.3 million Captagon pills and arrest their recipients.

Cabinet has been advised of a number of other matters. It authorized the Minister for Sport to enter into discussions with the United Kingdom on a draft cooperation agreement in the field of sport between the Ministry for Sport and the UK Department for Digital, Culture, Media and Sport.

He authorized the Minister of the Interior and the Minister of Justice to sign the draft Arab agreement on the prohibition and the fight against human cloning, before returning the final signed copy to proceed with the formal procedures.

The Cabinet has approved the Model Guidance for a Cooperation Agreement to Exchange and Safeguard Personal Data and Information for Security Purposes between the Government of Saudi Arabia and the Governments of the Gulf Cooperation Council (GCC) States .

The Cabinet authorized the Minister of Finance and Chairman of the Board of Zakat, Tax and Customs Authority, to sign a draft agreement between the Government of Saudi Arabia and the Government of Japan on Cooperation and Mutual Assistance in Customs Matters .