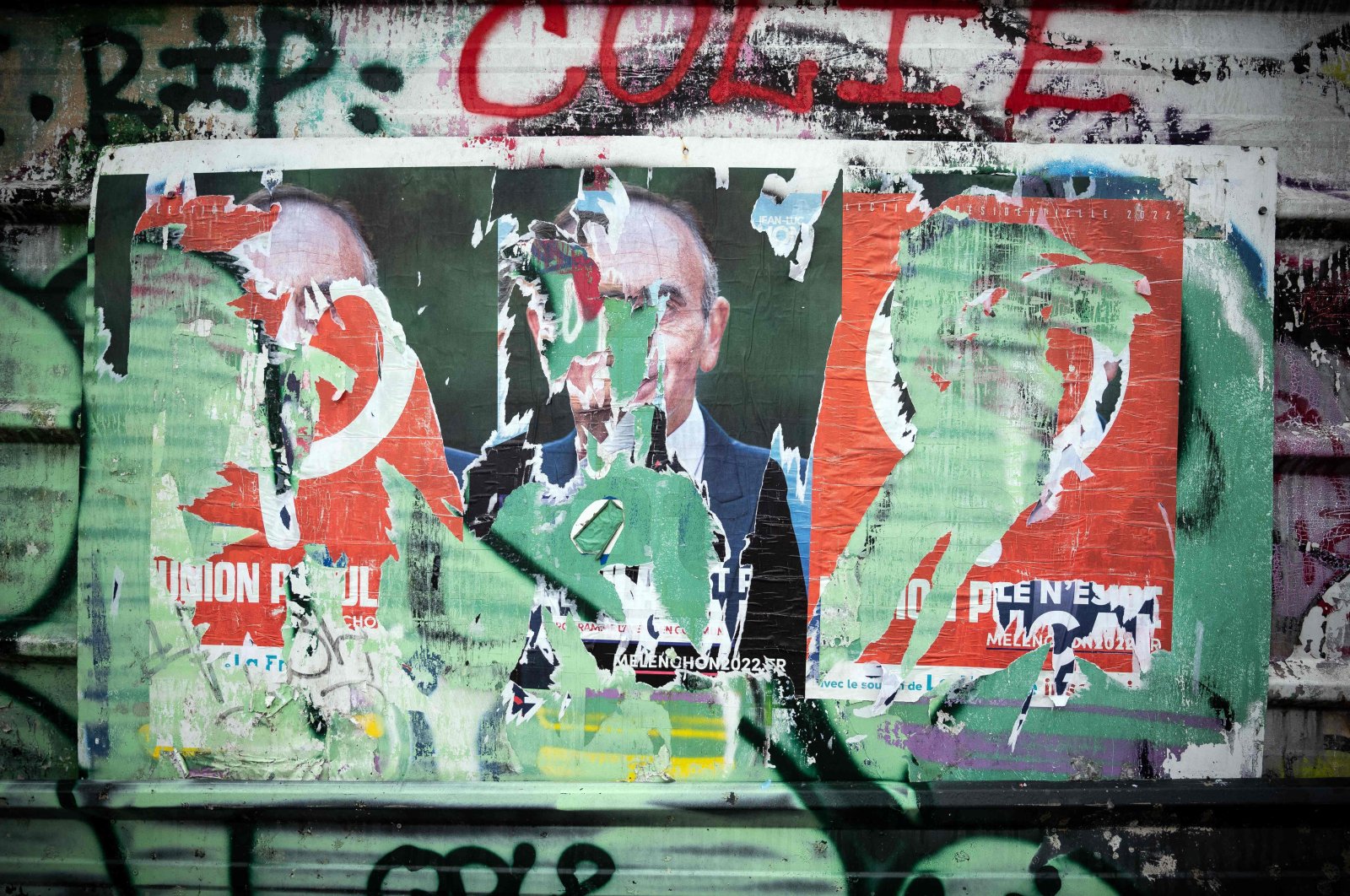 With presidential and legislative elections fast approaching, France is facing substantial and unprecedented change at home. Right-wing discourse, whose roots were strengthened under the presidency of Nicolas Sarkozy between 2007 and 2012, has gained popularity in the country. At the time, Sarkozy raised the question of French “national identity” in reference to “immigration”. He even created the Ministry of Immigration, Integration, National Identity and Co-development, abolished in 2010. Since then, the discourse of right-wing French politicians, media and extremists has become entangled in matters of national identity and immigration.

However, the left bloc is still trapped in the post-April 2002 moment due to the Jean-Marie Le Pen factor. Le Pen, who was president of the National Rally (RN) from 1972 to 2011, imploded the political establishment of the French Fifth Republic. In 2002, he eliminated the candidate of the Socialist Party (PS) and former Prime Minister Lionel Jospin and faced outgoing President Jacques Chirac in a second round. Two decades later, the Le Pen dynasty has become the de facto politically visible family in France as their xenophobic message continues to resonate in the bourgeois milieu of the largest cities and rural towns. To some extent, Sarkozy rehabilitated the national identity narrative, using it as an electoral tactic to “contain” Le Pen, who has led the RN since 2001, in the 2007 presidential election. As a result, Le Pen came out strong in the 2007 election. In 2017, she reached the final as her father did in 2002 and faced current President Emmanuel Macron in a runoff.

Radicalization of the right

Right-wing and far-right parties in France have radicalized the whole theme of national identity and immigration. They make a mockery of the integration progress made by successive socialist governments in the 1980s and mid-1990s for millions of immigrants, especially Arabs and Muslims. Now there is Eric Zemmour, the controversial journalist leading the Reconquete! (Reconquer!), like the rising star of the xenophobic circus in France. Zemmour is known for his anti-Muslim and anti-immigrant rhetoric and is expected to run in the next election. Zemmour wants to reclaim what he vehemently calls “the Christian values ​​of France”. This is why he preferred to choose a name for his party that rhymes with “Reconquista”, a term used to define the centuries-old Christian efforts to eliminate the existence of Muslims during the period of Al-Andalus in the Iberian Peninsula.

Zemmour’s speech confirms the political situation of Islamophobic discourse on the French right. So, in Macron’s cabinet, there are super warmongering and anti-Muslim voices like the interior and education ministers. The arrogant mainstream media uses the character of Zemmour to remove sociological and cultural context from complex issues of immigration and religion. However, the critical issue must be approached with wise public policy and not fall victim to the pointless and senseless political debates of ignorant politicians.

Zemmour’s popularity in right-wing and far-right circles is a reflection of the failed immigration policy of Macron and his predecessors. In particular, amid the Benalla affair, the Yellow Vest protests and the mishandling of the COVID-19 crisis, the French leader has implemented surprisingly sweeping changes in policies relating to immigration and Islam. Today, like his far-right opponents, he is ready to domesticate French Muslims in the name of the sacrosanct principles of secularism of the French Republic.

Zemmour, on the other hand, stands firmly against his far-right rival Le Pen. He was convicted of incitement to racial hatred. He is an outspoken proponent of the alternate grand conspiracy theory. His political models are inspired by Napoleon Bonaparte and General Charles De Gaulle. He is a sworn enemy of RN extremists. He made provocative historical comments on several issues including Vichy France, the common name for the French state led by Marshal Philippe Pétain during World War II, which collaborated with the Nazis during the German occupation of France in 1940 and 1944. Jews,” he said.

It may seem interesting that Zemmour himself is a son of Jewish parents born in Algeria during the period of French colonization. One wonders how far he would go to continue his provocation against his fellow French Jews. Yet the question of national identity in politics that French right-wing and far-right parties use in ongoing debates challenges the very foundation of France’s values ​​of “universalism”.

Conservative parties, like those on the far right, deliberately adhere to Zemmour’s dystopian discourse that Muslims in France are the main cause of suburban insecurity and that they have anti-French, anti-Christian and anti-French sentiments. -Jews. For example, Valérie Pecresse, who is president of Soyons Libres (SL) and a republican candidate in the next elections, instead of fighting Zemmour’s insane message, legitimizes her anti-Muslim and anti-immigration message on television and radio. Do the imperatives of the presidential campaign in the first round impose it? The question will be answered on the night of April 10, 2022.

Zemmour’s sheer audacity helped legitimize far-right discourse among the public. His hateful speech is becoming more and more politically acceptable and his opinions in the mainstream media often become catchy headlines and punchlines.

On his first foreign visit as a declared presidential candidate, Zemmour visited Armenia, which he considers a Christian nation in the middle of an “Islamic ocean”. He was accompanied by a Christian fanatic and influential politician, Philippe de Villiers, who is the brother of General Pierre de Villiers, former military chief of staff of Macron, beloved general of the Yellow Vests fringe and nostalgic for the Franco-Algeria. and the deceived voters of Le Pen. Zemmour visited the monastery of Khor Virap, located near the Turkish border. He described the location as a historic clash between Christianity and Islam. “It is the great confrontation between Christianity and Islam that is reborn today,” he said.

France is home to a large Armenian diaspora, which represents a serious political and financial lobby in France and an important Christian electoral bloc. They conventionally vote for the right-wing Republicans (LR) party. Thus, devoted French Christian voters show empathy towards their Christian co-religionists from the East.

Armenia becomes the Mecca of right-wing and far-right French candidates. A few days after the visit, Pecresse also made a pilgrimage to Armenia. This symbolic visit is a gesture of political campaign because it charms its right-wing practicing Catholic voters and appeals to bourgeois families and the Parisian elite.

Currently, according to the polls, Zemmour is far behind Macron, Pecresse and Le Pen. Will it end up having an electoral impact in the next two crucial elections? His tag is already being fixed. The campaign strategies of the right and the far right (national and regional stereotypes and scapegoating of Muslims) are already shaping French politics.

Like former US President Donald Trump, Zemmour has exploited the media to win over anti-Muslim and anti-immigrant voters who support his agenda. However, what he has done so far is send France back to its shameful times, when even rejecters and racists do not see each other. The controversial 63-year-old candidate has created a ‘Trumpisation’ of the ongoing political process in France due to his hostile rhetoric against people with disabilities, Islam and immigration. In a word: it is the modern inquisition.

Keep up to date with what is happening in Turkey, in its region and in the world.