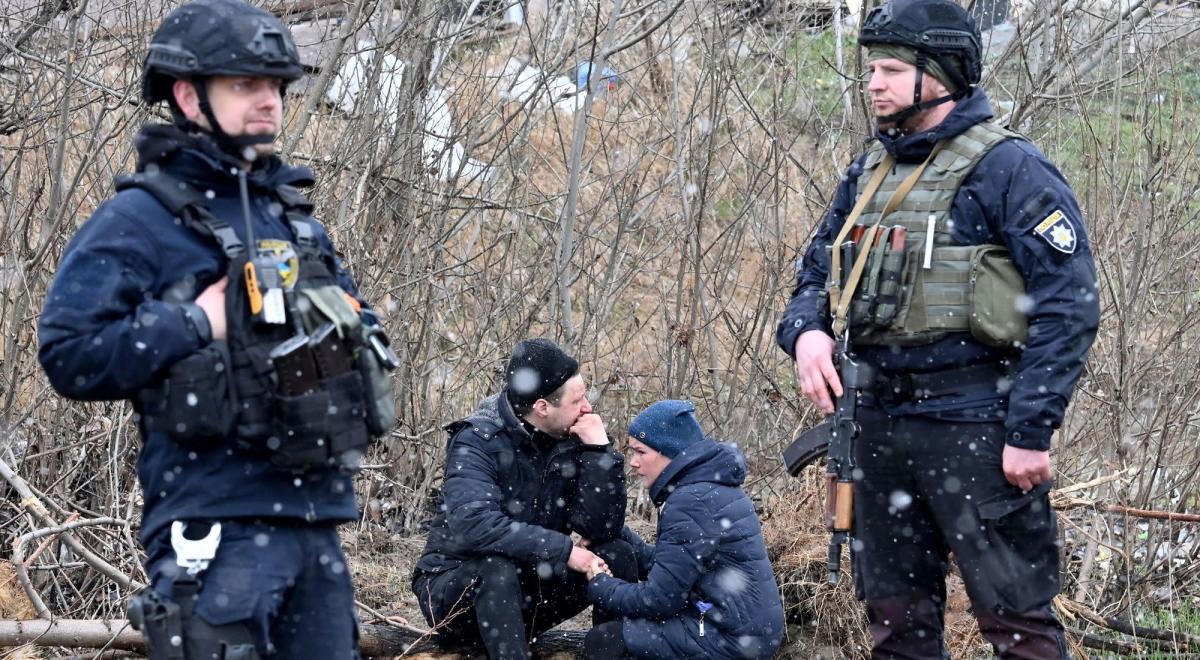 (Bloomberg) – The European Union has said it will hold Russian authorities accountable for alleged atrocities in northern Ukrainian towns occupied by Kremlin forces.

French President Emmanuel Macron said there were clear signs of war crimes in Bucha, a town on the outskirts of kyiv. Ukraine’s government has asked the International Criminal Court to gather evidence of alleged atrocities, while the EU has said it will work on additional sanctions against Moscow. Russia has called images of executed unarmed civilians fake.

Negotiators from Russia and Ukraine could resume video talks on Monday.

(See RSAN on the Bloomberg Terminal for the Russian sanctions dashboard.)

The EU has condemned Russia for atrocities committed by its military in several Ukrainian cities, saying the bloc will “urgently” work on additional sanctions against Moscow.

“The Russian authorities are responsible for these atrocities, committed while they effectively controlled the area,” the bloc said in a joint statement, adding that Brussels would help Ukraine collect and preserve evidence of war crimes. “They are subject to international occupation law.”

He called for an international investigation into what he described as “genocide” against Ukrainians and tougher sanctions against Russia, saying current measures are not working.

It is unclear whether the rest of the bloc would accept such a move, which could be disruptive.

Arab League countries traditionally buy large quantities of grain from Russia and Ukraine, which together account for more than 25% of world wheat exports.

There were clear signs of Russian war crimes in Bucha that demand a new round of sanctions, French President Macron said in a radio interview.

“Those who were behind these crimes will have to answer for them,” Macron said, offering French help in the Ukrainian investigation. “There will be no peace without justice.”

The European Union will discuss further measures over the next few days, including possible sanctions against Russian oil and coal, he said. France currently holds the bloc’s rotating presidency.

A total of 36 people have been targeted, all of whom have “close ties to the Russian regime or the Russian president himself,” Foreign Minister Nanaia Mahuta said in a statement on Monday.

Regarding new sanctions advocated by some in Europe, the Japanese prime minister told reporters that he would look at the overall situation and work with the international community to do what needs to be done.

Heavy fighting continued in Mariupol, the southern port that has been a key target for Russia, with Ukrainian forces still controlling central parts of the city, according to a daily assessment by British intelligence.

He said intense and indiscriminate strikes continued to hit the city, where Ukraine has accused Russian forces of killing 300 people in a strike on a theater in March. A team from the International Committee of the Red Cross seeking to assist the safe passage of civilians out of Mariupol failed to reach the town last week.

2022-04-04
Previous Post: Saudi Arabia has played a ‘critical role’ in the global response to COVID-19
Next Post: What would sanctions on Russian energy mean and why is Europe reluctant to impose a ban?