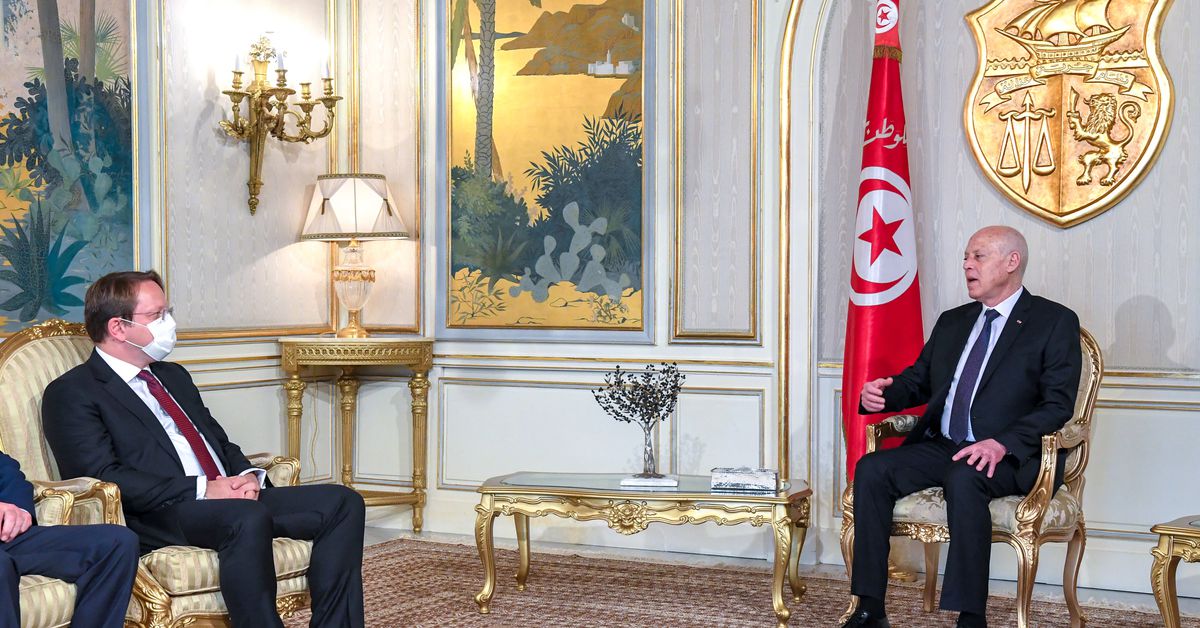 EU lends 450 million euros to Tunisia and pledges to invest

TUNIS, March 29 (Reuters) – The European Union plans to lend Tunisia 450 million euros ($500 million) to support its budget and invest 4 billion euros in the coming years as the country of North Africa is seeking international assistance to deal with an impending public finance crisis.

Speaking after a meeting with Tunisian government officials in Tunis on Tuesday, EU Enlargement Commissioner Olivier Varhelyi said the loan would be sent out by April and would include 300 million euros allocated last year. .

Tunisia’s public finances were already stretched before the pandemic and political unrest since President Kais Saied suspended parliament and moved to a one-man government last year has delayed efforts to seek additional aid.

“We are ready to invest 4 billion euros in several projects, including renewable energy, technology and others in the coming years,” Varhelyi said, without giving further details.

The war in Ukraine has compounded government problems, causing the prices of fuel and grain, both of which are subsidized in Tunisia, to rise.

The impact of these price hikes on Tunisia’s budget will be just under 5 billion dinars ($1.7 billion) this year, Economy Minister Samir Saied told Reuters.

Varhelyi also said the EU has allocated 200 million euros to Maghreb countries – which also include Algeria and Morocco – to help ease the impact of grain shortages resulting from the Ukraine crisis.