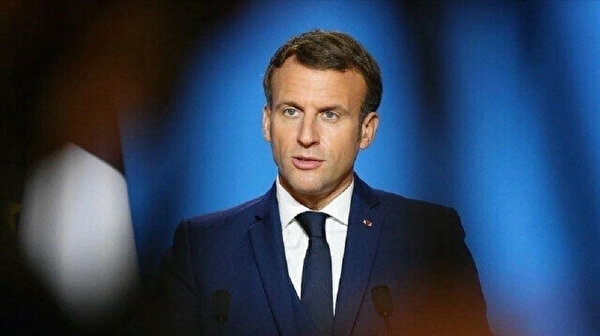 From maverick to target of dissent

In 2017, Emmanuel Macron came to power as France’s eighth president and the youngest leader to ever occupy the Elysee Palace, his political rise in months from a rank outsider who had never contested an election. at the head of the state was nothing but dazzling.

But as he seeks a second term, Macron has gone from a maverick to a target of dissent who is bankable in Europe but widely disagreed at home.

After postponing his candidacy for re-election until the last moment, he took the best score with 27.8% of the vote in the first round of the presidential election on April 10, ahead of 11 other candidates. He will once again face his former rival Marine Le Pen of the National Front – against whom he won the last round in 2017 – on April 24.

Five years ago, he offered an alternative to French politics by positioning himself as a liberal centrist, neither on the left nor on the right of the political spectrum. With a banking and finance background and a pro-business mindset, he vowed to restructure the economy from its slow pace.

The Macron government got off to a shaky start following massive protests by the Yellow Vest movement against a planned fuel tax. Over the next few years, business-friendly labor laws, tougher security laws, stagnant welfare benefits, pandemics and terrorist attacks raged against the government protests. His aggressive language stoking Islamophobia and discrimination along with economic failures have further divided the nation and stoked anti-Macron sentiment.

Despite dissent at home, Macron has become a popular leader in Europe and internationally. A fervent pro-European leader, he advocated for stronger European integration, reducing military dependence on the United States via NATO for the defense of Europe. His blunt remarks about NATO even sparked a public feud and confrontation with then-US President Donald Trump.

He has been at the forefront of multilateral diplomacy, engaging with the United States, United Kingdom and European Union on pressing international security issues, from reviving the blocked Iranian nuclear agreement or to fight for the territorial integrity of Ukraine. Macron continued the boisterous diplomacy between Moscow and Kyiv, taking to the field to try to avert war and holding long, nasty phone calls with Russian President Vladimir Putin to try to persuade him to establish a ceasefire. .

As a first-generation president born after the end of colonialism, Macron is one of the only heads of state to frankly address the taboo subject of the history of colonialism in France. He condemned colonization as a “crime against humanity” and “a serious error and a fault of the Republic”, acknowledged the torture and civil atrocities committed by the French army and police against Algerians and Africans , returned the looted historical artifacts and heritage to their original condition. countries and declassified sensitive military archives on the Algerian and Indochina wars.

While Macron ordered an investigation into France’s historic crimes in Algeria and Rwanda and admitted serious mistakes, he refused to issue a formal apology for the Republic’s past actions. Moreover, his insistence on a forward-looking approach has not gone down well with former colonies, particularly Algeria, where relations are frayed, and Mali, where counter-extremism efforts have backfired. the French army.

Promises for the future

At a time when Europe is facing serious security challenges due to the Russian threat, Macron stressed that it is the European Union that works to protect everyone and promote peace. He assured that France would follow EU positions to reduce dependence on Russian energy and jointly respond to future security crises.
Macron linked the fate of this election to a “referendum on Europe” reminding the French that his manifesto defends the idea of ​​Europe and dismantles the “far right agenda” of his eurosceptic opponent Marine Le Pen.

Domestically, he promised to boost jobs, reduce dependence on nuclear power, increase renewable energy sources, cut taxes for businesses and households, hire more nurses for health care for the elderly and to recruit 10,000 police and gendarmes. His proposals to raise the minimum pension and retirement age from 62 to 65, cut social security contributions for the self-employed and introduce labor law reforms are seen as unpopular.

Polls predict that Macron will likely win the election against Le Pen in the second round. However, protests proclaiming “No to Macron, no to Le Pen”, mass abstention and public anger against him could jeopardize his chances. If successful, Macron will go down in history as the first president in 20 years to be re-elected, but his loss to right-wing candidate Le Pen could also have consequences, dragging France into a serious setback that would alter the situation. political, social and economic course of the country.

2022-04-21
Previous Post: Inflation will weigh on consumers in sub-Saharan Africa (IMF)
Next Post: Turkey strengthens its investments in Algeria