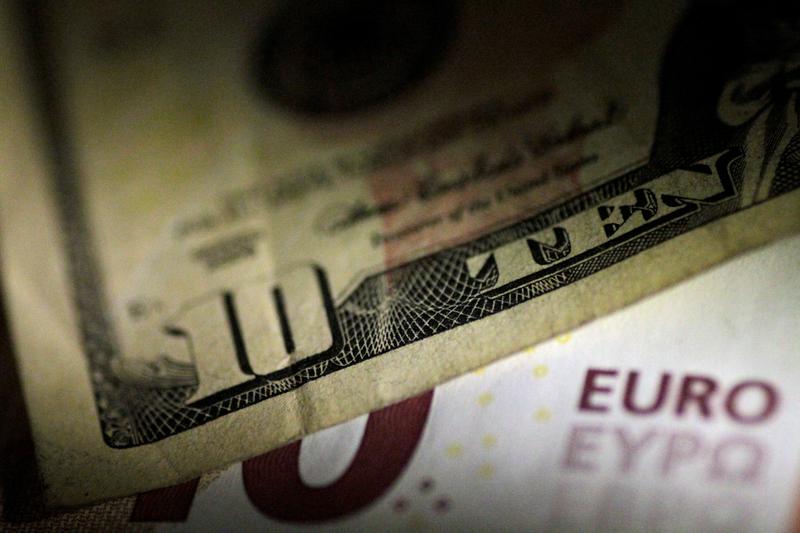 LONDON (Reuters) – How strong is the euro? Despite European policymakers’ alarm at its run to 2.5-year highs against the dollar, several factors governing exchange rates imply that the single currency’s breakout is far from over.

European Central Bank boss Christine Lagarde said on Thursday the bank was watching closely the euro, which jumped 9% last year to above $1.23, its biggest annual gain in four years.

The strength of the currency is a headache for the ECB which is struggling as best it can to bring inflation back to the 2% mark and saw it remain below 0% in December for the fifth consecutive month.

It is also a headwind for exporters, as companies in the German DAX index make 70% of their sales outside of Europe.

Lagarde’s comments, reiterating that all instruments could be adjusted to ensure inflation moves closer to target, were interpreted by some as a warning — if traders don’t stop pushing the euro higher than levels that suit the central bank, interest rates could be reduced, even from current levels of -0.5%.

“The ECB joins the ranks of those central banks which – because national tools have been largely exhausted – are discovering the exchange rate as a ‘tool’ of monetary policy,” Commerzbank told clients.

For a chart on the ECB to rein in the euro? :

But the strength of the euro may actually be overestimated and the ECB’s room for maneuver limited.

Indeed, a median estimate from a Reuters poll predicted that the euro/dollar exchange rate would reach $1.25 by the end of the year.

For a graph on the euro during the coronavirus crisis:

Vasileios Gkionakis, Head of FX Strategy at Bank Lombard Odier & Cie is even more optimistic with a forecast of $1.27. As to whether the euro is too strong, he points out that its recent gains have come mostly at the expense of the US dollar.

A broader euro index – measuring the exchange rate against the currencies of 42 trading partners and monitored by the ECB – is indeed near 10-year highs, but its gains have slowed since August, the currencies of the emerging markets and the yuan having rebounded.

The euro-dollar, meanwhile, strengthened by 6% during this period.

For a chart on Overvalued? :

There is another favorable factor for the euro: inflation-adjusted ten-year interest rate differentials between the euro zone and the United States are currently at levels last seen at the beginning of 2014, when the euro was around $1.37.

For a chart of EURUSD rate differentials:

Higher US yields could reduce or eliminate this gap, but recent comments from Federal Reserve officials suggest they are in no mood to let borrowing costs rise even as inflation expectations rise.

And whether the ECB could actually respond with a rate cut remains debatable.

As European banks face growing volumes of pandemic-related bad debt, the ECB will be reluctant to hit the sector with even lower interest rates.