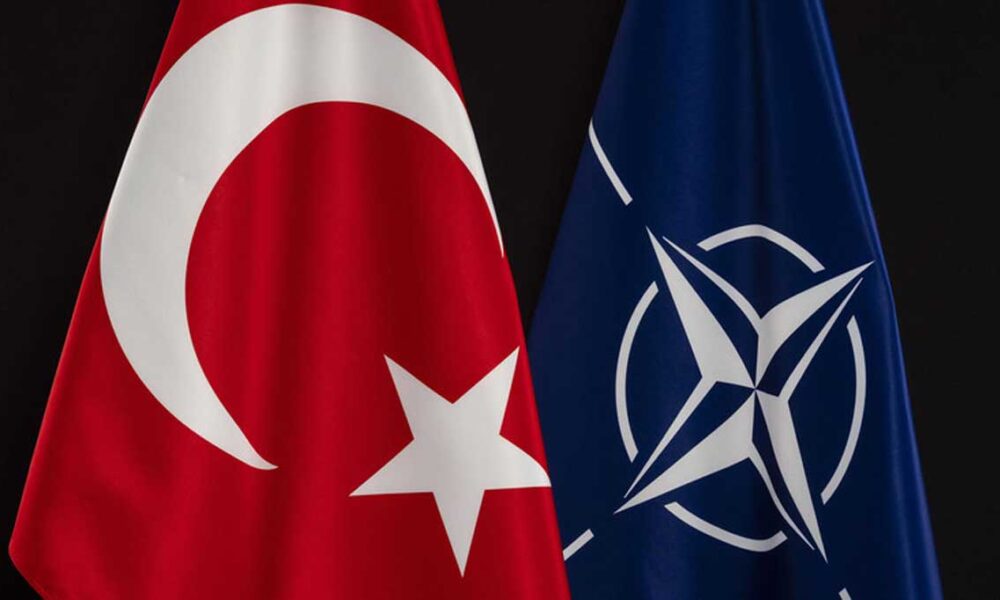 Ignoring the Middle East at your peril: Turkey is playing games in NATO

Russian Foreign Minister Sergei Lavrov, with a purse full of a unique message on the Russian-Ukrainian crisis and its geopolitical implications, took an instant trip to North Africa and the Middle East, including Algeria and in Oman. Given what has been described as “special military operations” in the Republic of Ukraine and the pressure of Western sanctions, and the fear of isolation, it is however important for Moscow to maintain traditional ties of several years with its partners in these two regions. .

Within the Maghreb, Algeria remains one of Moscow’s reliable partners, and therefore Lavrov noting that Moscow and Algiers are united by strong and friendly relations, highlighted plans to strengthen military and technical cooperation, and also to ensure the renewal of the strategic agreement (treaty) which aims to intensify bilateral relations. The Declaration on the strategic partnership signed on April 4, 2001 promotes the development of political dialogue and the intensification of cooperation between the two parties.

“All these years, we have actively developed trade and economic cooperation,” said the head of Russian diplomacy during a meeting with his Algerian counterpart Ramtane Lamamra. According to Foreign Ministry reports, Lavrov noted that given “the rapid development of friendly ties”, it is necessary to maintain the high level of cooperation to sign “a new interstate strategic document, which will reflect the new quality of our relationships”. ”

The two diplomats were meeting in early April, when Lamamra visited Moscow as part of an Arab League delegation for talks on Ukraine. On the other hand, Lavrov last visited Algeria in 2019. Reports indicate that Algeria is among Russia’s top three trading partners in Africa. In addition to economic cooperation, Moscow and Algiers claim the fight against terrorism. Algeria has contributed to the international counter-terrorism database created at the initiative of Russia.

Algerian President Abdelmadjid Tebboune on May 10 received Mr. Lavrov, both noted that Algiers is in favor of building a deeper and stronger global partnership, especially with a long history and based on principles of cooperation. friendship and trust with the Russian Federation. During the meeting, he reiterated an invitation to Algerian President Abdelmadjid Tebboune on behalf of Russian President Vladimir Putin to pay an official visit to the Russian Federation.

These developments take on particular significance this year as Russia and Algeria celebrate 60 years of diplomatic relations. The rapid growth of trade and economic ties between the two countries was also highlighted. Algeria is one of Russia’s main trading partners on the African continent, with trade reaching $3 billion in 2022. In addition, Russia and Algeria work closely together within the framework of OPEC+ and the Gas Exporting Countries Forum.

The reports highlighted the development of military-technical cooperation, which has solid roots and good prospects. Moscow appreciates the confidence Algerian friends have in strengthening Algeria’s defense capability. There are good prospects for continuing this trend. In addition, many Russian companies are interested in implementing joint projects with Algerian partners in the fields of energy, mineral resources, geological exploration and pharmaceuticals.

Lavrov’s trip was to ensure that there are no plans to violate their obligations to Russia, especially in the area of ​​oil and gas supplies. In addition, Moscow has sought to demonstrate that it continues to focus its attention on the Middle East, writes local Russian media Kommersant in its assessment and analysis report.

The countries of the region have not joined the West’s sanctions against Moscow, but they are worried about the impact of the conflict on economic stability. Middle Eastern countries are considering the benefits that could arise from the situation.

Western politicians are visiting the region one after another, hoping to find alternatives to Russian oil and gas. The major gas exporters, Qatar and Algeria, found themselves at the center of attention. Doha is already in talks with European partners. As for Algeria, it “cannot – and, above all, has no will – to offer additional quantities of gas to Europe”, noted the director of the School’s Center for African Studies. Higher Economics Andrey Maslov.

In Oman, located in the Middle East, Lavrov held meetings with His Majesty Sultan Haitham bin Tariq Al Said and Deputy Prime Minister of the Council of Ministers of Oman Fahd bin Mahmoud Al Said. The two separate discussions were based on the overall Russian-Omani relations.

The meetings appreciated the balanced and objective position of the Sultanate on regional situations such as the Syrian settlement, and that of Syria’s return to the League of Arab States. The Sultanate of Oman, which has never closed its embassy in Damascus, can play a decisive role in this regard.

Oman plays an important role in enhancing stability and security in the Gulf region. Muscat’s balanced position makes it an important neutral platform for various diplomatic initiatives. This approach resonates perfectly with Russia’s collective security concept for the Persian Gulf.

“We noted the positive role of Oman and Gulf Cooperation Council countries, such as Saudi Arabia and the United Arab Emirates, in advancing a Yemeni settlement,” Lavrov noted in his remarks. “We are on the same page with the understanding that we must do everything we can to resume direct Palestinian-Israeli talks and find ways to finally resolve this interminable conflict based on the internationally accepted legal solutions available.

Lavrov’s visit to Oman also has great significance. “Oman has always sought to take a particular position and have its own opinion on all issues. Oman is also an experienced mediator in regional affairs, including the Yemen issue and Iran’s nuclear program,” noted Kirill Semenov, an expert from the Russian Council for International Affairs.

Overall, Lavrov’s Middle East tour proved timely amid regional media speculation about Russia’s declining role in the Middle East and its presence in Syria. “Russia is focusing on maintaining its presence in areas it deems crucial, mainly near its military bases in Latakia and Tartus, as well as in areas where the presence of Russian troops is envisaged by agreements, especially with Turkey. In other places it may be a temporary presence,” Semenov explained.

The Arab world also seeks peace in Ukraine. In early April, the Arab League expressed its readiness to contribute to a peaceful settlement between Russia and Ukraine, and a delegation led by Arab League Secretary General Ahmed Aboul Gheit was sent to Moscow from Algeria, Egypt, Jordan, Iraq, United Arab Emirates and Sudan.

Al Arabiya TV reported, citing its sources, that the Arab League was ready to offer mediation to Russia and Ukraine and to host the negotiations. However, the group did not announce any specific initiative a month after the report. As a member of the Arab League contractual group, Algeria took advantage of this month’s negotiations to discuss certain steps towards the establishment of peace in the Ukrainian republic.

Meanwhile, as a direct result of the “special military operation” launched on February 24, Russia has been subject to a series of severe sanctions imposed by the United States and Canada, the European Union, the Japan, Australia, New Zealand and one host country. from other countries.