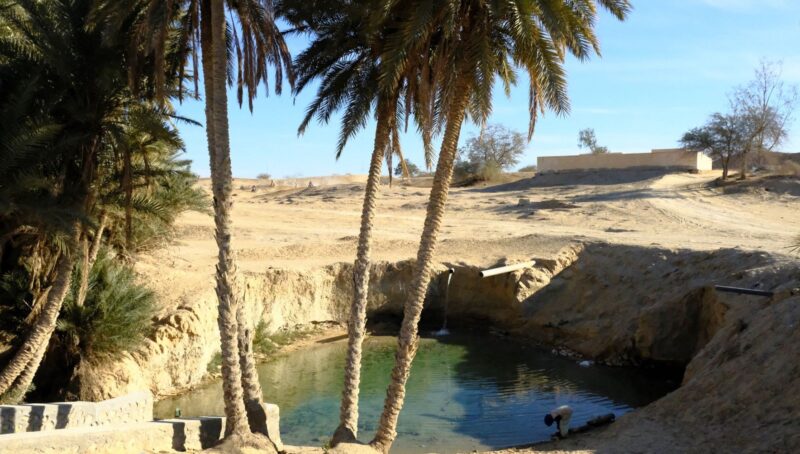 Mounir depends on dates for his livelihood, like nearly half the inhabitants of Tozeur. This oasis – more than 4,000 years old – is the largest in Tunisia. Located at the gates of the Sahara, in the south-west of the country, the city wants to be “top of the range” in terms of environmental management and aspires to energy autonomy.

About 97% of Tunisia’s electricity is produced from fossil fuels, mainly methane gas. In 2020, almost 57% of the country’s gas needs were met by imports, mainly from Algeria.

The country aims to produce 30% of its electricity from renewable energy – hydroelectric, solar and wind – by 2030, according to its updated national climate plan. If it achieves this target, the national carbon intensity will fall by 45% compared to 2010.

To help it achieve its renewable energy target, Tunisia is installing two public solar power plants in Tozeur in March, each with a capacity of 10 MW. The project was funded by the German Development Bank (KfW), with 23 million euros ($26 million) in loans repayable over 12 years, plus a grant of 2 million euros ($3 million) from EU and KfW allocated to technical assistance and staff training. The solar panels are supplied by two European manufacturers: TerniEnergia from Italy and GenSun from France.

“Nearly 17,000 tonnes of CO2 emissions will be avoided each year compared to before the installation of the solar power plant, helping the country meet its targets for renewable electricity generation,” Abderrazek Al told Climate. Ouja, the solar farm project manager. Local news. The electricity generated is enough to power around 40,000 homes.

The peasant community of the oasis has a skeptical view of this installation. Over the past two years, farmers have racked up 17 million dinars ($6 million) in debt by pumping groundwater and the Tunisian Electricity and Gas Company (STEG) is now threatening to cut off their electricity.

Water scarcity is a problem throughout Tunisia and access to water is the number one problem for farmers in Tozeur. They face skyrocketing electricity bills to irrigate their date palms from rapidly depleting underground water sources.

“We now need electricity to pump our water. And it doesn’t seem that this new solar power plant will help us solve our electricity problems, because no one has consulted us so far,” says Mohamed Jhimi, a farmer and president of an agricultural development group in Tozeur.

“They have the nerve to set up a solar power plant, without it being planned to benefit those who are suffering the most here,” says Jhimi.

For Hamza Hamouchene, a just transition expert and researcher at the Transnational Institute (TNI) in the Netherlands, “this type of project generally exacerbates already existing problems”.

“The local communities were already suffering from huge water poverty, as the water levels are very low. Since the installation of this mega solar plant… some of the water has been diverted to go to this solar farm,” he told Climate Home News.

The whole process is centralized and funded by development banks, he says. “They do the so-called social assessments but really they just tick boxes.”

Tunisia emits only 0.07% of global greenhouse gas emissions and the country is among the most vulnerable to the effects of climate change. “With the creation of this solar park, the Tunisian state is missing the opportunity to address the climate issue as it unfolds here,” laments Salem Ben Slama, a member of the local association La Ruche. “We have invested millions of dinars in a mitigation program, i.e. the solar farm, but those who are bearing the brunt of climate change here, the farmers, are being ignored.”

This imbalance is reflected in the numbers. In its climate plan, Tunisia says it aims to spend 74% of its climate budget, or $14.3 billion, on reducing or preventing emissions, compared to $4.3 billion on adaptation. to the impacts of climate change. For the energy sector, the country mainly aims to focus on the development of solar energy, increasing its production capacity by ten times by 2030, compared to 2020.

“What we need is a national program to protect and enhance our fragile ecosystems, as well as our indigenous and local knowledge,” says Ben Slama. With the deterioration of their working conditions, more and more farmers are forced to abandon their land and their knowledge.

To help communities adapt to climate impacts, the Assembly of Maghreb Citizens for the Oasis of Tozeur called for “the promotion of technology transfer and the strengthening of knowledge in the field of adaptation”. They highlight the importance of improving scientific knowledge on how climate impacts affect oases.

The source of Ras el Ain once irrigated the entire oasis. Today it is dry, due to agricultural intensification and construction

Oases are among the most fragile ecosystems on the planet. In Tozeur, the past two years have been the worst on record for farmers, who depend almost entirely on date production. In Tozeur, nearly 50% of the population works in the production of dates, according to Karem Dessy, president of the Association for the safeguard of the medina of Tozeur.

“Most of our current problems are linked to climate change”, explains Karim Kadri, engineer and researcher in oasis agriculture in Tozeur. Over the past two years, temperatures have reached record highs – nearly 50°C in the shade in summer – while rainfall has been at an all-time low.

These conditions allowed a devastating disease called “boufaroua” to attack the palm trees. “These are mites that grow around the fruit and smother it,” Kadri explains. The dates turn white and the whole crop is destroyed. “Usually it only takes one or two rains to wash our trees and naturally rid them of these invaders,” he says.

Oasis is synonymous with water. In addition to rainwater, the groundwater also dries up. Previously, a single source, that of Ras El Ain, was used to irrigate the entire oasis of Tozeur. Water was distributed to farmers through an irrigation system dating back to the 13th century.

“But in the 1990s, these water tables began to run out when the state expanded the oasis with established farms, as well as with the development of the hotel zone. It was the beginning of irrigated perimeters and drilling practices to extract water in greater quantities,” says Chaker Bardoula, farmer and former president of the regional agriculture federation.

View of the oasis of Tozeur from Ras el Ain. This area was covered with vegetation before the water sources were depleted

Today, naturally available water resources no longer exist. Faced with the disappearance of this “mother source”, the Tunisian State has dug boreholes and farmers have installed their own pumps.

“It is these pumps that are very expensive in terms of electricity,” explains Ben Slama. “It’s a huge problem.” Since the 1970s, the cost of electricity has increased four to six times, he says. As costs rise, farmers are under pressure from intermediaries. “They are taking advantage of the Covid pandemic to force farmers to lower their selling prices. They slash prices and no one is watching,” says Chaker Bardoula.

All of this pressure means that farmers have not been able to pay their electricity bills for the past two years. “We are suffocating: on the one hand because of climate change, on the other hand because of our debt to STEG”, deplores Jhimi.

Ben Slama said that until an electricity subsidy system for farmers has been found, it is impossible to talk about social responsibility.

“This factory does not cater to local communities. We were excluded from this project, no one came to consult us,” he says. 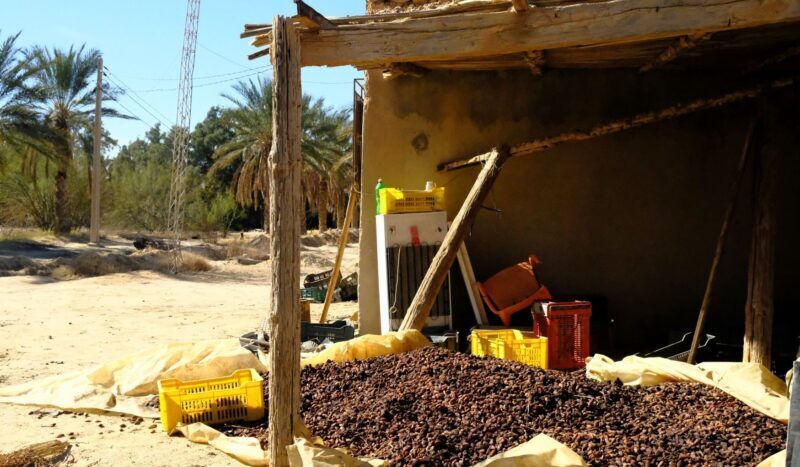 A pile of dates attacked by mites. This year, a large part of the harvest has been lost, due to climatic impacts

Taha Sendid, district manager of STEG in Tozeur, explains that the company has helped farmers by setting up installment payments, to solve the problem of long-standing debt. “If they have specific problems, they should go to [them to] state,” he said.

For Hamouchene, “one way to make this transition ‘just’ would be to cancel the debts of these farmers and provide them with cheap electricity”. State subsidies could also dampen individual drilling initiatives, he says. Many farmers, for lack of assistance, dig wells that are too deep, further weakening the water table.

To protect what remains of the oasis, Dessy says the government must urgently invest in adaptation solutions to use less water. “At this rate, we only have a hundred years left before the water resource disappears completely, according to local hydrogeologists. We must act quickly.

2022-02-11
Previous Post: CaixaBank SA: recognized for its leading role in international financing solutions by the IFC (World Bank Group) for the second consecutive year
Next Post: Russian mining giant Nornickel has set a record for spending on social projects