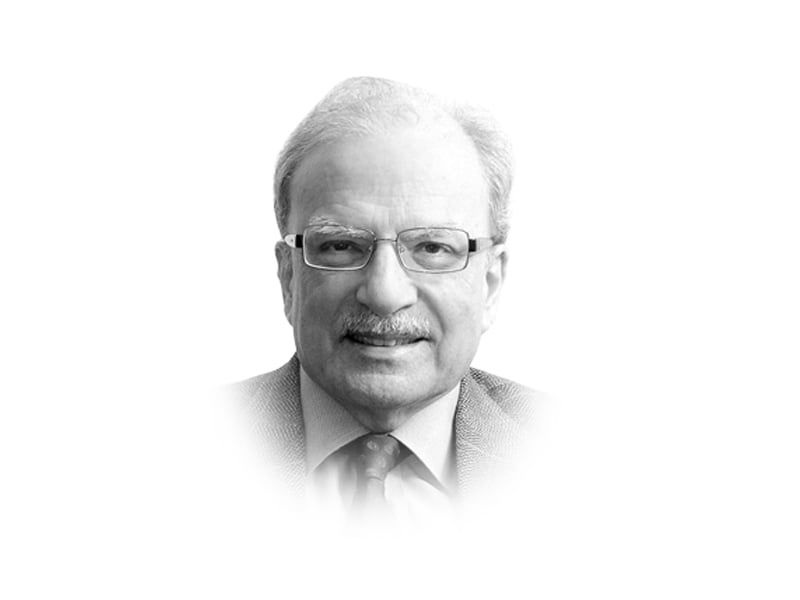 The term “globalization” took hold in the 1980s. It was part of the policy approach called the “Washington Consensus”, so called because it grew out of work done in Washington-based institutions such as the World Bank Group and the International Monetary Fund. Globalization referred to the lowering, if not the complete removal, of barriers to the flow of information, finance, and goods across international borders. In Western Europe, all restrictions on the movement of people have also been removed. Once a foreigner has entered a member country of the European Union, he can cross the borders without the need for additional documents. The European Union’s approach to the movement of people has produced population mixing, some of which has hindered local populations.

This lowering of barriers to all kinds of movement reshaped the world and dramatically changed the nature of the global economy. Manufacturers and service providers moved into locations that had distinct advantages. The end products were not made in one place. Apple is a good example of how manufacturing has been redesigned. Products such as laptops, iPads and cell phones were designed at the company’s headquarters on the West Coast of the United States, but the actual manufacturing and assembly was done in a giant factory located in the southern China. The factory, which employed tens of thousands of people, is owned by a Taiwanese company. Parts and components arrive from a dozen locations in East Asia and the final product is assembled in the giant assembly plant. This reorganization of global industry had significant political consequences in the United States. They have caused a lot of pain among people with little education and training. They have become Donald Trump’s support base.

What has been called the replacement theory first became popular in France and then traveled to the United States. The particular term was popularized by the French writer Renaud Camus in his 2011 book, The Great Replacement. He dwelled in particular on the presence of Muslims in France with the fear that their increasing numbers would lead to the destruction of French culture and civilization. France has the largest number of Muslims in the Western world, resulting mainly from migration from North African Arab countries once colonized by it. France fought and was defeated by nationalist forces in Algeria. As happened in the case of other European nations that had colonized parts of Asia and Africa, once the colonialists came out they were followed by large numbers of people from the countries that they had once colonized. The replacement theory has crossed the Atlantic to the United States and, as discussed below, has motivated several deadly attacks against people of color and non-Christians. Having found a welcoming home in the United States, he returned to Europe, particularly to countries like Hungary and Poland.

Camus and several others like him attributed the replacement hypothesis to the international policies advocated by liberal elites whom they termed “replacementists”. They were present in the French government, the European Union, various institutions based in Washington and the United Nations.

On August 12, 2017, hundreds of people marched through Charlottesville, in the US state of North Carolina, carrying torches and dressed in white robes, shouting, “We will not be replaced. The slogan was first launched in France and addressed the Jewish community in that country. The fact that they carried torches and white robes was to remind those watching their march of the anti-black Ku Klux Klan which campaigned to keep the American black community in a position inferior to the white population.

Since then, many acts of violence have been committed by those who call themselves “white supremacists”. Each act resulted in several deaths. They were perpetrated by those who learned from those carried out in the past. The most recent of these took place in the city of Buffalo where a well-armed teenager walked into a supermarket frequented mostly by black people belonging to the area’s majority black community. Ten people were killed, eight of them black. This happened on May 14, 2022.

There was some reaction to the tragedy even among traditionally conservative Republican Party (GOP) members in Congress. “House GOP leadership has enabled white nationalism, white supremacy and anti-Semitism. History has taught us that what begins with words ends up much worse. GOP leaders must renounce and reject these views and those who have expressed them,” tweeted Liz Cheney, who represents Wisconsin in the House of Representatives. A commentator wrote in the Washington Post: “Cheney’s comments following the Buffalo tragedy have forced a kind of awareness about how the racist ‘great replacement theory’ – the idea that Immigrants are replacing Americans born in undesirable countries — and politically calculated — gaining ground on the right. Racists have long espoused the theory – as the Buffalo suspect apparently did – to suggest white people are being usurped. Meanwhile, in recent years, Republicans and conservative pundits have increasingly portrayed Democrats as favoring immigration in hopes of diluting the political power of the GOP. This idea was endorsed by former President Donald Trump. On September 9, 2016, while campaigning for the presidency, he adopted a version of the replacement theory relating to elections. “I think this will be the last election that Republicans have a chance of winning because you’re going to have people crossing the border…and they’re going to be legalized and able to vote, and once that happens you don’t. are not. going to have a Republican vote.

This growing sentiment in the United States has led to several acts of violence not only in America but across the world. On October 27, 2018, a man killed 11 people at a Pittsburgh synagogue, citing the idea that Jews deliberately allowed “invaders” into the United States. On March 15, 2019, a man killed 51 people at two mosques in Christchurch, New Zealand, after writing a document citing the name replacement theory and warning of an invasion by non-whites. The replacement theory was fully endorsed by Tucker Carlson who became the most influential voice representing white nationalism on American television. On September 2, 2021, in a monologue featured on the show he hosts, he said: “In political terms, this policy is called ‘the great replacement’ – the replacement of old Americans with more obedient people from countries distant.” He added that President Joe Biden favors “a never-ending flow of immigration. But why? Well, Joe Biden just said it: reduce the political power of people whose ancestors lived here, and dramatically increase the proportion of newly arrived Third World Americans.

A poll released in early May found that the Great Replacement Theory (GRT) has entered the mainstream of white American politics with a third of American adults saying there is a deliberate effort to replace American citizens born in the country by a wave of immigrants for political purposes. . The GRT is rooted in racist and baseless beliefs about the innate superiority and indisputable privilege of white people.

2022-05-23
Previous Post: Best places to visit in the Sahara and when
Next Post: Mastercard partners with OPay to drive financial inclusion in the Middle East and Africa