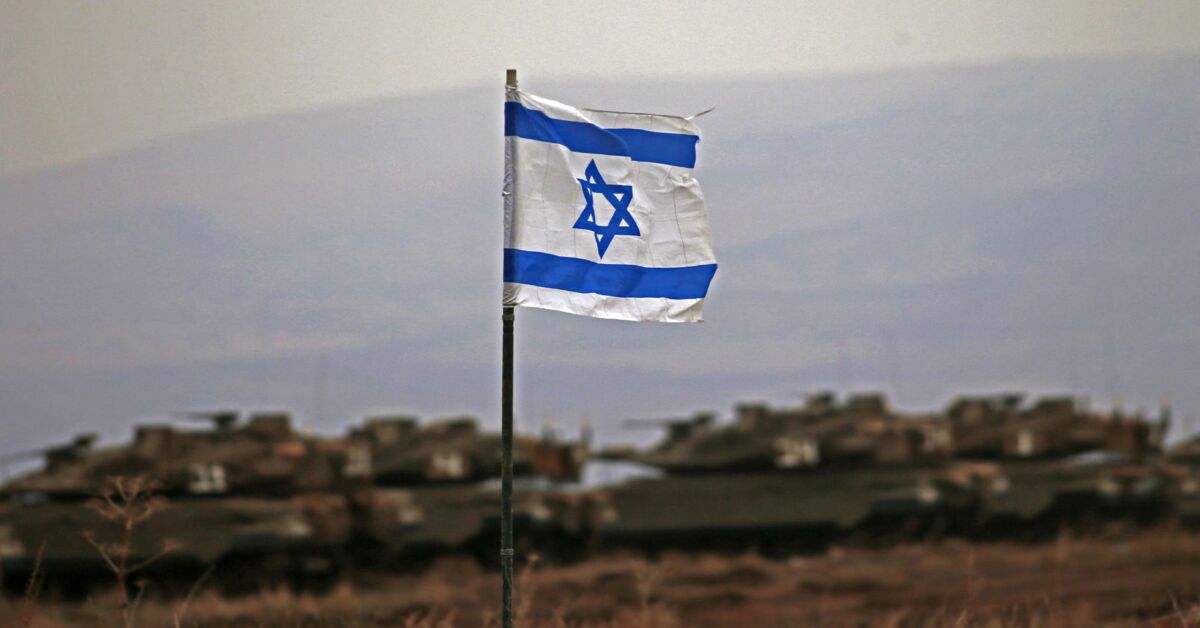 The Syrian state news agency SANA said this morning that Israeli jets fired an number of missiles at the port of Latakia. The strikes reportedly targeted the port’s container terminal, causing major explosions and fires. No injuries were recorded. This morning’s report joins a December 7 report by SANA of a similar alleged airstrike over the port of Latakia. Much like today’s attack, it destroyed shipping containers and caused a fire. The target was apparently an Iranian arms shipment. Israeli authorities declined to comment on any of these incidents.

Foreign media claim that Israel has over the years avoided targeting the port of Latakia and its surroundings in an effort to avoid harming the Russian military presence nearby. This despite Iran allegedly using the terminal to transport munitions advanced through it to Hezbollah and other proxies in the region. In fact, under Netanyahu’s government, Israel and Russia had agreed on a mechanism for de-confliction. This mechanism consists of using communication channels between the armies on both sides to prevent the Israeli and Russian forces from clashing in Syrian skies. At their October 22 meeting in Sochi, Prime Minister Naftali Bennett and Russian President Vladimir Putin agreed to continue this mechanism.

The deconfliction mechanism is strategically of great importance to Israel. Bennett and Foreign Minister Yair Lapid are in constant contact with Moscow with the aim of deepening bilateral relations in many areas. Iran and Syria are a priority. On December 27, hours before the report on the alleged attack on Latakia, Lapid spoke by phone with Russian Foreign Minister Sergei Lavrov. Lapid tweeted after the phone call: “I spoke today with my good friend Russian Foreign Minister Sergey Lavrov, on a wide range of regional topics and key issues. We made an appointment as soon as possible and in accordance with the [coronavirus] restrictions. “

The phone call between the two ministers took place just as the second round of the Vienna talks on Iran’s nuclear program resumed. And while Lapid’s short tweet hinted that the two ministers discussed the Vienna talks and Iran’s presence in Syria, the Russian Foreign Ministry said the two mainly discussed Israeli settlements in the West Bank and the situation of the real estate of the Russian and Orthodox Church in Jerusalem. . Moscow has been diplomatically engaged for several years in asserting the Orthodox Church’s property rights to land across Jerusalem, mostly leased to Israelis for a period of 99 years, and in other property disputes in the city. .

Lapid’s comments on the two ministers’ intention to meet as soon as coronavirus restrictions allow them to do so also raised eyebrows. On December 11, the Russian Foreign Ministry announced that it had canceled a regional conference Lavrov’s journey to the region without explaining the reasons for the cancellation. The Russian Foreign Minister was due to visit Israel, the West Bank, Algeria and Morocco. In Israel, he was to meet with Bennett, Lapid and President Isaac Herzog.

The Israeli Foreign Ministry’s trade union association claimed the visit was canceled due to a strike it was planning on the exact day of the visit, but this was never officially confirmed by either party. Some Israeli analysts have suggested that Lavrov decided not to meet with the Israeli leadership at this precise moment, between two rounds of Vienna talks, so as not to enter into open diplomatic disagreements. It is no secret that within the framework of the UN Security Council, along with China, Russia strongly opposes the Israeli position on Iran.