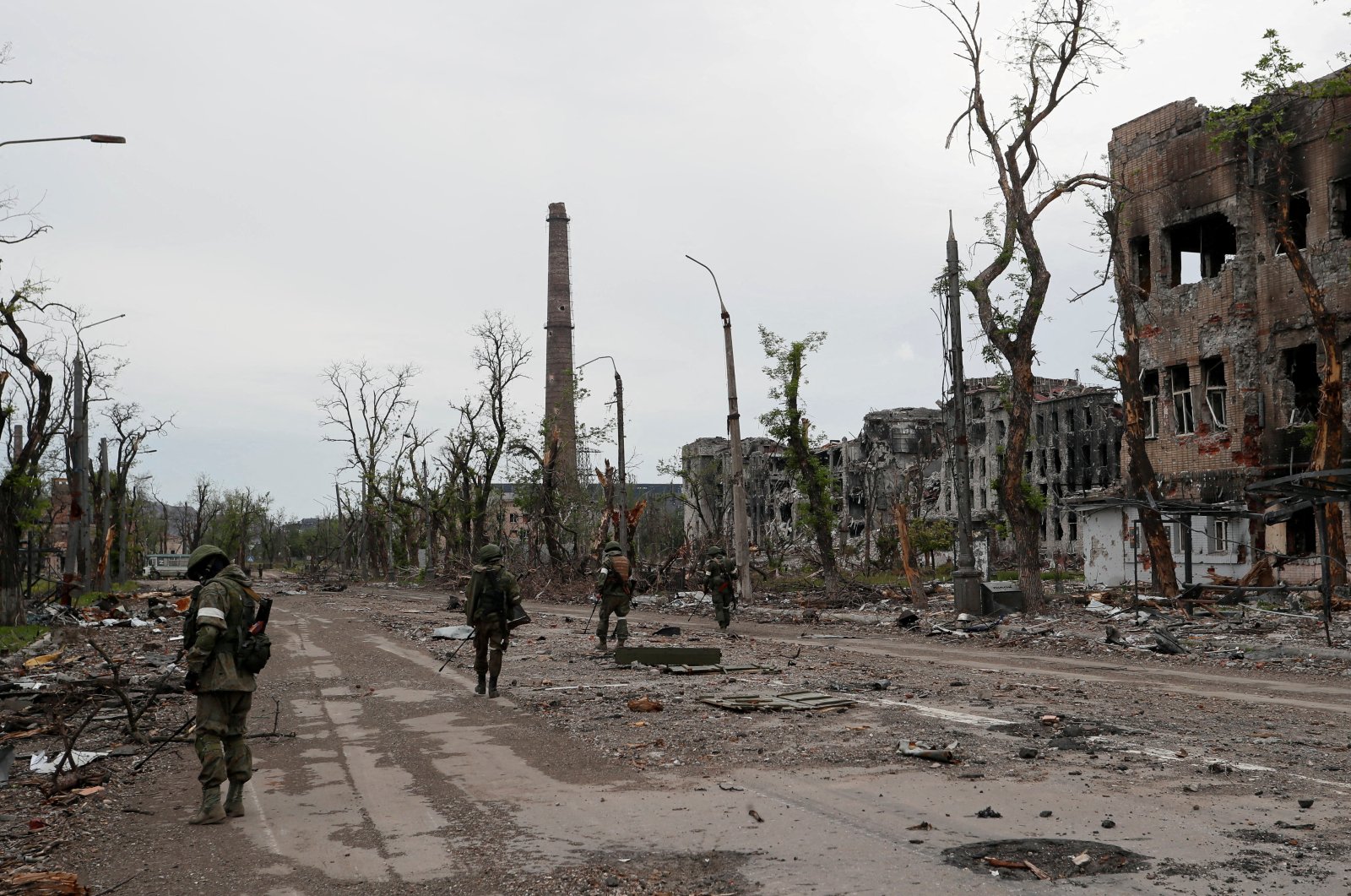 In various ways, Italy found itself vulnerable to the consequences of Russia’s invasion of Ukraine. As a close ally of the United States and an original member of NATO and the EU, which also maintains close ties with Russia in the field of energy and other sectors, Italy faces to difficult dilemmas as the increasing bifurcation between East and West pushes Rome to navigate cautiously through Europe’s most serious security crisis after 1945.

Italian Prime Minister Mario Draghi, as a former governor of the European Central Bank and a prominent behind-the-scenes figure in Cold War-era Italian politics, is a strong supporter of the transatlantic alliance and Western institutions such than the European Union, NATO. and the G-7. Form in February 2021, Draghi’s technocratic government began realigning Italy more closely with the United States while further consolidating ties with other EU countries – namely France and Germany – before the 24 february. Draghi spoke of Moscow differently than his predecessors, exemplified by his critical Russia’s human rights record. He refers to Russia as a country that Rome must engage, rather than a partner.

After Russia invaded Ukraine, Italy joined other Western capitals in imposing sanctions on Russia, providing Kyiv armsand give humanitarian support for refugees. Given his personal expertise, Draghi was the key mind behind the crippling financial sanctions. At Draghi’s wordsRome chose to respond to the Ukrainian government’s call for Italian military support because “it is not possible to respond only with encouragement” after an authoritarian country invaded its democratic neighbor.

from Rome “divorce” of Moscow followed two decades during which Italy deepened its relations with Russia, which sources more than 40% the country’s gas imports. For much of this period, Italian leaders sought greater autonomy from the United States and NATO, particularly under President Donald Trump.

Given Italy’s energy relations with Russia, Rome cannot easily cut ties with Moscow despite its support for Ukraine. Although Russia represents only 1.6% of Italian exports, wealthy Russians have a significant presence in Italy in the areas of investment, tourism and luxury goods. In this context, when Draghi visited Washington last month, he made a point of telling US President Joe Biden about the Italian government’s concerns about how the continuation of the war in Ukraine risks harming his country.

Officials in Rome must contend with a complex political arena and the extent to which much of the Italian public is critical of US foreign policy. In general, Italy sees itself as a country that promotes stability in Europe and the Mediterranean, striving to avoid war when possible. Memories of the Iraqi fiasco of 2003, which the government of Silvio Berlusconi bring Italy, leaves many Italians skeptical of the perceived benefits of siding with Washington in any war. More importantly, although a strong majority of Italians view Russia as the aggressor in this conflict, there is much debate among the public about the costs of an anti-Russian foreign policy.

Pro-Russian and Eurosceptic far-right and left-wing elements of the Italian political spectrum are fueling division and heated rhetoric. Politicians from Forza Italia, the Five Star Movement and the League have all championed the “special relationship” between Italy and Russia that formed at the turn of the century. In the same way Berlusconi in his capacity as former Italian Prime Minister, the regional government of Veneto recognized The annexation of Crimea by Russia in 2014 as legitimate “reunification”.

Matteo Salvini, who was Italian Deputy Prime Minister and Interior Minister in 2018/19, opposite EU sanctions against Russia over Crimea and threatens to veto it. In 2015, he traveled to Moscow where he posed for a photo in front of the Kremlin while wearing a shirt bearing the face logo of Russian President Vladimir Putin as he gave a thumbs up. Its pro-Bashar Assad rhetoric on the Syrian conflict again underlined its synergies with Putin.

Salvini and his party were tied to Russian money in recordings which would allegedly demonstrate an attempt at corruption. This year, Copasir (a parliamentary committee) was investigating Salvini’s alleged unauthorized meetings with Russian officials after the outbreak of war in Ukraine.

Like their ideological brethren elsewhere in Europe, neo-fascist groups in Italy such as CasaPound oppose the modern liberal order and view Putin as a statesman who represents order in a chaotic world. Among more left-leaning Italians, especially of an older generation, there is a romantic view of Russia as a bulwark against American foreign policy, which is a legacy of the Soviet era. The story of CIA interference in Italian affairs decades ago, when the Italian Communist Party was the European party the biggest one outside the USSR and its targeting of student-led movements continues to fuel anti-Americanism in the old left.

Last month, Copasir launched a investigation in the spread of disinformation by Russia in the Italian media landscape amid suspicions that some Russian experts were in the pay of the Kremlin. Significant outrage resulted from May Day of Rete 4 interview with Russian Foreign Minister Sergei Lavrov, in which he received little resistance from the anchor while making wildly controversial comments about Ukrainian President Volodymyr Zelenskyy’s Jewish identity.

In Italy, there is currently a delicate debate on how to deal with Russian disinformation in the media without violating the right to freedom of expression. Meanwhile, many Italians were appalled by the influence of Kremlin propaganda in their media discourse and academic circles, something many Italians did not fully realize until after February 24.

The Draghi administration’s strong support for Western unity against Russian aggression in Ukraine is forcing Italy to make tough decisions. The country is unable to end its dependence on Russian energy this year. As Rome strives to secure alternative sources of gas and oil from Algeria, Angola, Azerbaijan, Qatar, Republic of Congo and other countries, Italy needs time to adjust its energy infrastructure. The construction of the necessary gas terminals and pipelines will require 24 to 30 months, according to the Italian government. Ultimately, Rome is vulnerable to Russia’s ability to weaponize energy against Europe. From now on, if Moscow cut off oil and gas flows, Italy would face an economic crisis.

There is the issue of one of Italy’s largest oil refineries, ISAB. Owned by Russian Lukoil, this Sicilian refinery processes around 20% oil imported by Italy. Ironically, the percentage of rough processed by ISAB has gone from 15% Russian to 100%which was a consequence of the fact that the banks did not want to risk extending credit to the factory to buy non-Russian oil due to previous sanctions.

The ISAB has done much to explain why Italy was the only EU member to increase its imports of Russian oil after February. 24. To put this into perspective, Italian imports of Russian oil have quadrupled since the start of the war in Ukraine, with the country receiving about 400,000 barrels of oil per day from Russia last month, more than half of which passed through the ISAB.

Therefore, with the Draghi government committing Italy to join fellow EU members in cutting Russian crude by next year, the 3,500 factory workers await an uncertain future. With ISAB and its related activities representing half of the gross domestic product of the province of Syracuse, the stakes are high in southern Sicily. There has been talk of nationalizing the ISAB, but this has not yet taken place.

Insecurity in North Africa and the Sahel is also relevant. A concern among Italians is how Russia can use its position in Libya to undermine Italy’s national security. Although it is debatable how easily the Wagner group could trigger flows of migrants from Libya and other African countries to Italy, it would inevitably cause political problems for Rome, particularly aware of how the Italians xenophobes would blame their government for such a crisis.

Looking ahead, Draghi’s government must remain in power until the Italian elections in 2023. There is every reason to expect that the current leadership in Rome will remain closely aligned with other EU countries and the United States vis-à-vis Ukraine. Yet the extent to which the war exposes Italy’s vulnerabilities may lead to greater differences between Rome’s and Washington’s perspectives. With a vested interest in seeing this conflict end as quickly as possible, Italy will be more sympathetic to French President Emmanuel Macron’s stance that the West should not pursue the goal of humiliating Russia, but rather be more open to compromises with Russia – compromises that virtually no official in Washington is willing to consider at this point.

Keep up to date with what is happening in Turkey, in its region and in the world.