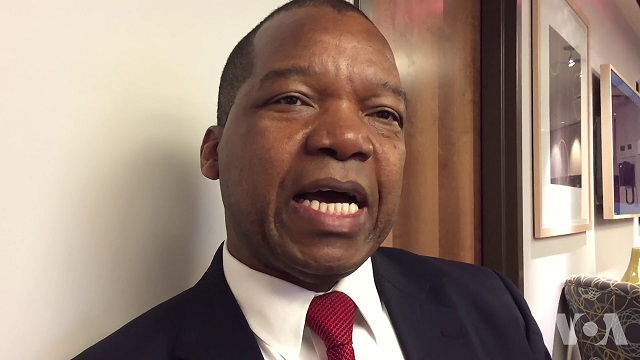 By: Gary C. Peterson
In: Algeria finance
Tagged: covid pandemic, south africa, world bank
RESERVE Bank of Zimbabwe Governor John Mangudya has improved in performance indicators and ranking of authoritative world central bankers by US magazine Global Finance earning a C- in 2021 compared to a D in the previous year, according to the latest edition of the publication.

Global Finance is an American monthly financial magazine founded and published from 1987 by Harvard-educated financial editor Joseph D. Giarraputo and others.

In its latest edition titled Central Banker Report Cards 2021: The Art Of Timing, the magazine places Mangudya broadly in the same class and category as central bankers in Nigeria, Tunisia, Mozambique, Tanzania, Ethiopia, Zambia and from Algeria. J

The only A-rated governors in Africa come from Egypt, Morocco and South Africa; Abdellatif Jouahri, Tarek Amer and Lesetja Kganyago respectively. The Governor of the Central Bank of Mauritania, Cheikh El Kebir Moulay Taher, was the lowest rated (D) of all his African counterparts.

Global Finance, with input from analysts, economists and financial industry sources, ranks the world’s leading central bankers on an A to F scale, with A being the highest rating and F the lowest, based on of a series of objective and subjective measures, including the appropriate implementation of monetary policy to the economic conditions of each country.

The latest performance rankings are based on activities from July 1, 2020 through June 30, 2021. A governor must have served for at least one year to receive a letter grade.

In its quote on the performance of Zimbabwe and Mangudya, Global Finance states: “Zimbabwe’s central bank has reveled in its prudent monetary policy which led to a drop in year-on-year inflation of 837.5% in July. 2020 to 50.2% in August 2021.

“The bank’s monetary policy committee met in August and decided to stay the course on the current stance, which led to the decision to keep the benchmark rate at 40%. Zimbabwe’s economy is on the road to recovery after years of turbulence, the last two being in recession. Growth is projected at 3.9% in 2021 by the World Bank and at 6% by the IMF.

This is contrary to the original report on the matter by the Nigerian magazine Business Insider Africa which ranked Mangudya last in Africa.

The publication has since removed the misleading article. As economies begin to grow again, central bankers are faced with the tricky question of when to let off the gas — or even hit the brake, says Global Finance.

Although years of lost money left little room for some to add stimulus, central bankers used every tool at their disposal to mitigate the immediate threat. Covid-19 has since played a part in a cascade of aftershocks, including a fall in commodities and a collapse in employment. It even now evolves unpredictable variants.

Yet signs of growth are emerging, albeit uneven and unevenly distributed.

“The pandemic is still ongoing and great uncertainty persists, so it is too early to say which shocks are transitory and which are permanent,” said Alejandro Díaz de León, Governor of the Bank of Mexico.

“Global and local supply chains remain severely affected and may be subject to a profound adjustment process.”

The performance algorithm includes criteria such as monetary policy, bank and financial system supervision, asset purchase and bond sale programs, forecast accuracy, guidance quality, transparency, independence from political influence, success in carrying out specific mandates (which differ from country to country), and national and international reputation — weighted according to their relative importance.