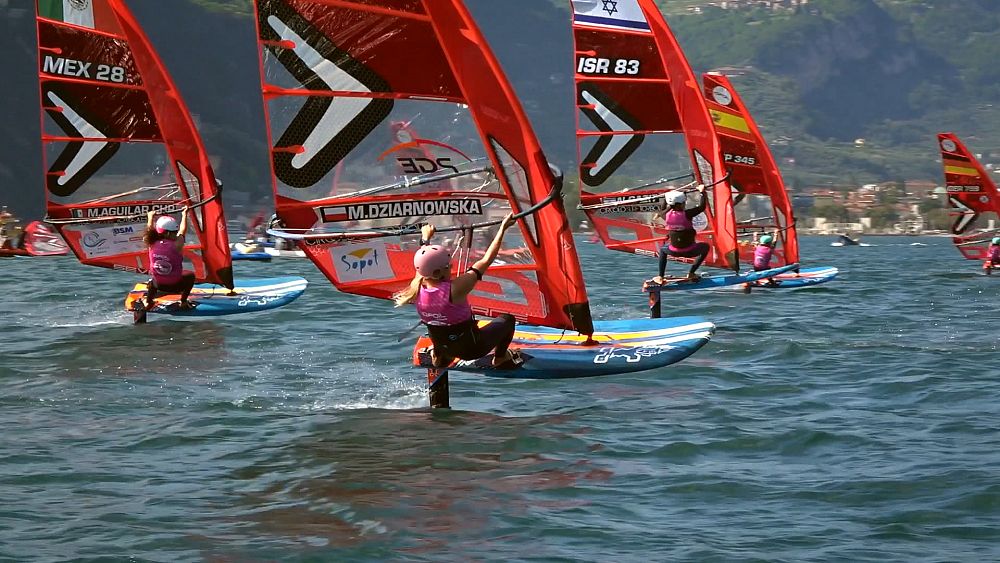 Mediterranean Games 2022: Oran on the way to success in sailing

Oran, Algeria’s second city, will host the Mediterranean Games from June 25. This multi-sport event will see the participation of more than 6000 athletes from 26 countries from all over the Mediterranean region. Sailing will be part of the 24 sporting events and 244 individual events.

The nautical base of the Andalusians hosts the sailing competitions of the game, located about thirty kilometers from the center of Oran.

With beautiful white sand, the beach is one of the most popular in the area. Its name finds its origin in the 15th century after refugees fleeing Spain, following the fall of Andalusia, landed there.

Nazim Addou – President of the Sailing League of Oran and director of the sailing competition at the Games explained to Euronews why the beach was an easy choice for this year’s competitions.

“The Andalusian site was chosen for its perfect waters and conditions, as you can see, especially the westerly wind which is dominant at this time of year. We hope that we will have the same conditions throughout of the Mediterranean Games,” he said.

170 athletes are due to take part in the sailing competitions which will take place from June 27 to July 3.

The competition’s sailing events include some classics, like the Women’s Laser Radial and the Men’s Laser Standard, but also the all-new iQFOiL for men and women, which sees the board fly above the water and reach speeds of peak of 30 knots. It will become an Olympic discipline in Paris 2024, so the Oran Games are considered a good test for windsurfers.

“The big challenge we are facing is the new Olympic board, the iQFOiL”, explains Fatima Abid, 2016 African windsurfing champion. “We used to surf the RS:X board, with which you stay on the water. you have to go above the water.”

While the competition is expected to be fierce, there are high hopes Algerian athletes can excel in this year’s sailing events. And, as 2019 African Windsurfing Champion Amina Berrichi explains, they will do whatever they can to make their home country proud.

“The Ministry of Youth and Sports and all officials rely heavily on sailing and have made it a priority. As sports people, we will do our best to fly the flag, inchallah (God willing), we we all hope for the best.”

With its crystal clear waters and breathtaking views of the cliffs, the long sandy beaches of the Oran coast make this region particularly popular during the summer.

About fifty kilometers from Oran is Madagh beach, a little corner of paradise located opposite the wonderful Habibas Islands, an exceptional marine protected area.

“We have a variety, a variety of landscapes, in terms of beaches, compared to other parts of Algeria,” one resident told Euronews.

“It’s a place to relax, there’s everything you need to rest your mind here. It’s perfect!” said another woman.

The fishing village of Kristel and the wild Aïn Franine, with its small coves and beautiful coves, are other places that locals and tourists can enjoy along the eastern Mediterranean coast of Oran.

Protecting the environment is a top priority for organizers during the Games. At the end of April, the office of Wilaya (State) of the National Observatory of Civil Society and the Organizing Committee of the Mediterranean Games (COJM), held a meeting aimed at enriching the program of activities related to the event. The workshops focused on youth and sport, tourism, culture and arts, volunteering and citizenship, environment and sustainable development.

One of the initiatives resulting from these workshops was the organization of volunteer days to help clean up the Oran coast.

“The role of the association is to remove all the plastic – bottles, bags. We clean at sea and we also clean the entire coastline, for a better environment.”