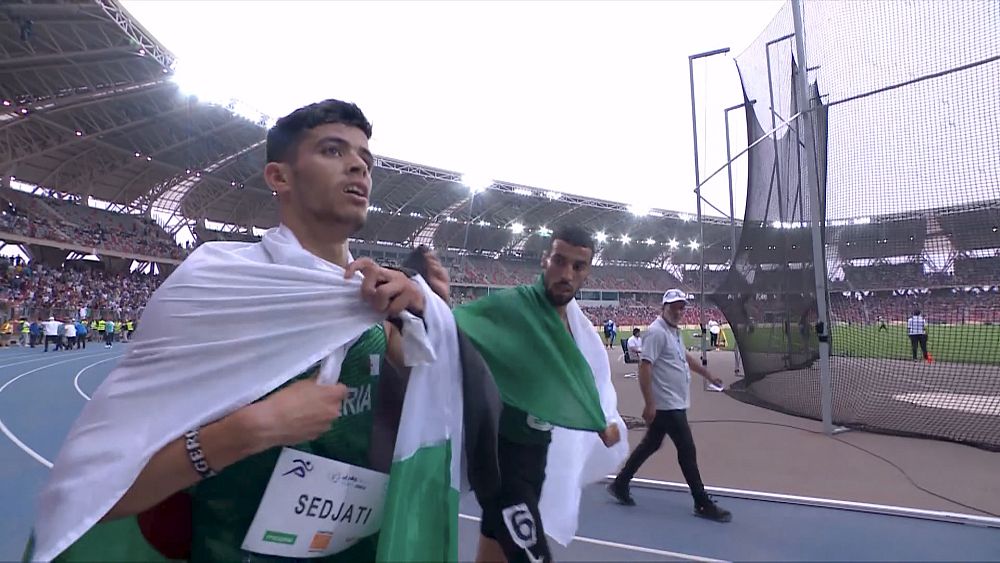 12 days of sport, competition and celebration: the 19th Mediterranean Games ended in Oran, Algeria on July 6. Some 3,400 athletes from 26 countries on three continents (Africa, Asia and Europe) participated in 24 sports competitions, including athletics, swimming, football, judo, gymnastics and many more.

Italy were particularly dominant in the pool, winning a cascade of medals – 34 in total.

A team success, but there were also many personal triumphs. 100-meter butterfly champion Matteo Rivolta broke the competition record. He also won gold in the 4×100 meter medley relay.

“I’m happy with the result, I’ve been through quite a tough time over the last few months so I’m happy with today’s result and therefore I’m pretty confident for my future,” Rivolta said.

Turkey, however, was only a hair’s breadth away from overtaking Italy in the medal standings, with 108 podium finishes > They were only three gold medals away from Italy, brilliantly in wrestling, athletics and in swimming.

Algeria had an excellent Games, finishing fourth overall, just behind France with one less gold medal.

In total, the host country collected 53 medals, including 20 gold, 17 silver and 16 bronze. The trait was a record, beating the country’s best precedent in Tunisia 21 years ago.

In boxing and athletics, Algeria collected five gold medals, while on the track there was a historic gold-silver double for runners Djamel Sedjati and Yacine Hethat in the 800 meters.

In Judo, the Algerian Messaoud Redouane Dris won in the -73Kg category. For the young judoka, winning in his hometown Oran was particularly special.

“It was a great honor for me. I got a gold medal, it was a great joy. The public came to support and encourage me. Even my parents were present for the occasion”.

Drawing large, enthusiastic crowds, many events sold out, with spectators eager to support the athletes after the two-year hiatus caused by the pandemic.

Speaking to Euronews, a viewer said: “Everything is beautiful, the people of Oran have a big heart, it’s not for nothing that we say ‘Oran in the heart’. We are welcomed, it’s beautiful! “

“When we say Mediterranean Games we say Oran,” said another woman, adding: “Oran is generosity, it’s the Mediterranean, really a beautiful atmosphere, a beautiful unity between people, and great respect from abroad.”

The Games not only left a lasting legacy in terms of sports infrastructure, they also showed that Algeria’s second city could host major events.

But the greatest triumph, according to the President of the Oran 2022 Organizing Committee (COJM)Mohamed Aziz Derouaz, is that the contest showcased the best that Oran has to offer.

“I think that the whole world, and especially all of Europe, and the Mediterranean, Asian and African countries have been able to enjoy real Olympic Games. These Games will open a new page for Oran, both in terms of sports and tourism, because many participants now want to return to Oran as tourists and not simply as athletes.

The 19th edition of the Games closed its doors the same way it opened them: with a breathtaking ceremony at the Olympic Stadium.

In the stands, 40,000 spectators of all ages enjoyed music, dancing, fireworks and joy as the 26 delegations took to the track for the last time

The ceremony also saw the handover of power in Taranto in southern Italy. The city will host the sporting event of the three circles in four years.