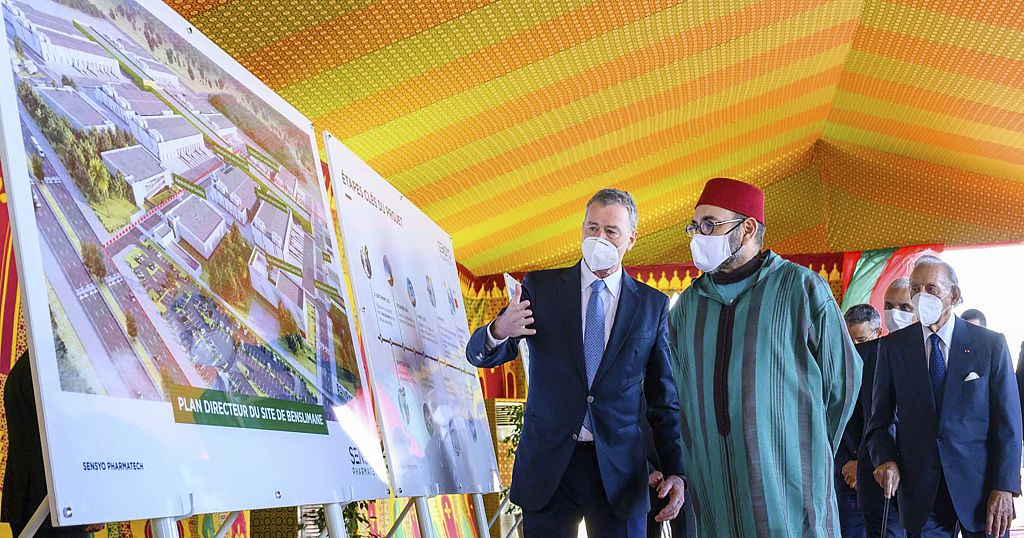 Morocco has launched the construction of an anti-Covid vaccine manufacturing plant, which should start production next July and ensure the kingdom’s vaccine self-sufficiency, Moroccan news agency MAP reported on Thursday.

The inauguration of the site was chaired by King Mohammed VI in Benslimane, in the region of Casablanca, the economic capital of the Cherifian kingdom.

Called SENSYO Pharmatech, this plant will be dedicated to “the manufacture and syringe of vaccines (anti-Covid and other vaccines)” and will have “three industrial lines whose cumulative production capacity will reach 116 million units in 2024”, details the MAP.

The plant will eventually require an investment of around 400 to 500 million euros, specifies the same source.

This company, in partnership with the Swedish company Recipharm, “will ensure the kingdom’s self-sufficiency in vaccines and make the country a leading biotechnology platform”, he adds.

The objective is to manufacture between 2022 and 2025 “the active substance of more than 20 vaccines and biotherapeutic products, including three vaccines against the coronavirus, covering more than 70% of the needs of the kingdom and more than 60% of those of Africa. “. depending on the agency.

With its 36 million inhabitants, the Cherifian kingdom is counting on its vaccination campaign to curb the pandemic: more than 23 million people have received a second dose of vaccine, according to the Ministry of Health.

The authorities’ objective is to vaccinate 80% of the population, or some 30 million people, with the Sinopharm and Pfizer/BioNTech vaccines.

While the peak of Omicron variant infections appears to have been reached during the week of January 17-23 according to the Ministry of Health, the government – under pressure from the bankrupt tourism sector to reopen airspace closed since the November 29 – is concerned about the recent increase in intensive care cases.

The state of health emergency was extended Thursday until February 28.

Neighboring Algeria launched the local production of the Coronavac vaccine at the end of September, in partnership with the Chinese firm Sinovac.