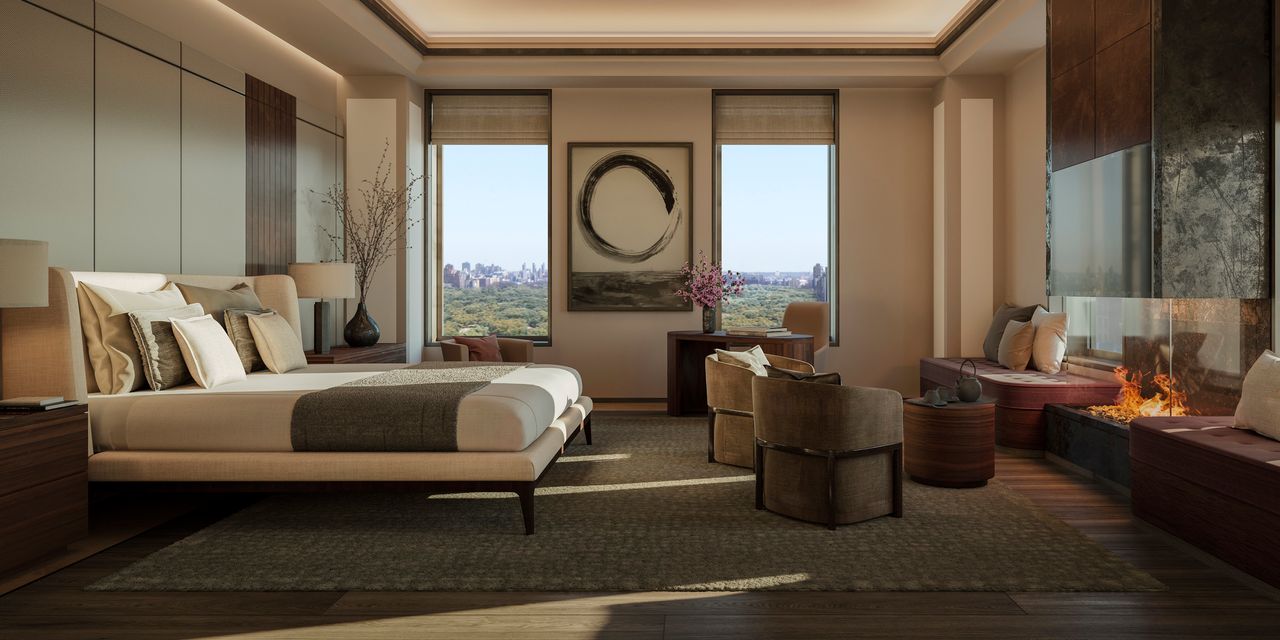 A full-story apartment at Aman New York, a luxury condominium on New York’s Billionaires’ Row, has closed for $55 million, a spokesperson for the project has confirmed. The deal is one of the costliest to close in the city so far this year, local officials said.

The apartment comprises the entire 22nd floor of the condominium, which occupies the upper levels of the Crown Building near the southeast corner of Central Park. The asking price was about $62.5 million, according to the bid plan filed with the New York Attorney General’s office.

A rendering of Aman New York.

The building offers a view of Central Park.

The building has a swimming pool.

The unit comprises approximately 6,300 square feet and four bedrooms, according to the offer plan. The identity of the buyer, who was represented by Tal Alexander of the Alexander team at Douglas Elliman,

could not be determined. Mr. Alexander declined to comment.

The Crown Building, which houses a hotel and retail businesses on its lower floors, is well known for its copper pinnacle. It was built in 1921 and has been owned by former Philippine President Ferdinand Marcos and first lady Imelda Marcos as well as late real-estate titan Bernard Spitzer and his son, former New York Gov. Elliot Spitzer. The construction of the condos began in 2017.

New York has seen only a small scatter of big deals this year, including a $70 million sale at 432 Park Avenue, which is also on Billionaires’ Row, by British pharmaceutical mogul Meeta Patel as well as the $56 million sale of a neighboring townhouse linked to Algerian-born businessman Farid Bedjaoui. Billionaire investor Daniel Och has also completed the sale of a Manhattan penthouse overlooking Central Park for nearly $190 million.

While the luxury market in New York has been extremely active in recent months, there have been few deals of $50 million and above, local agents said. The Aman deal is expected to be complemented by several larger contracts in the same building later this year, according to a person familiar with the situation.