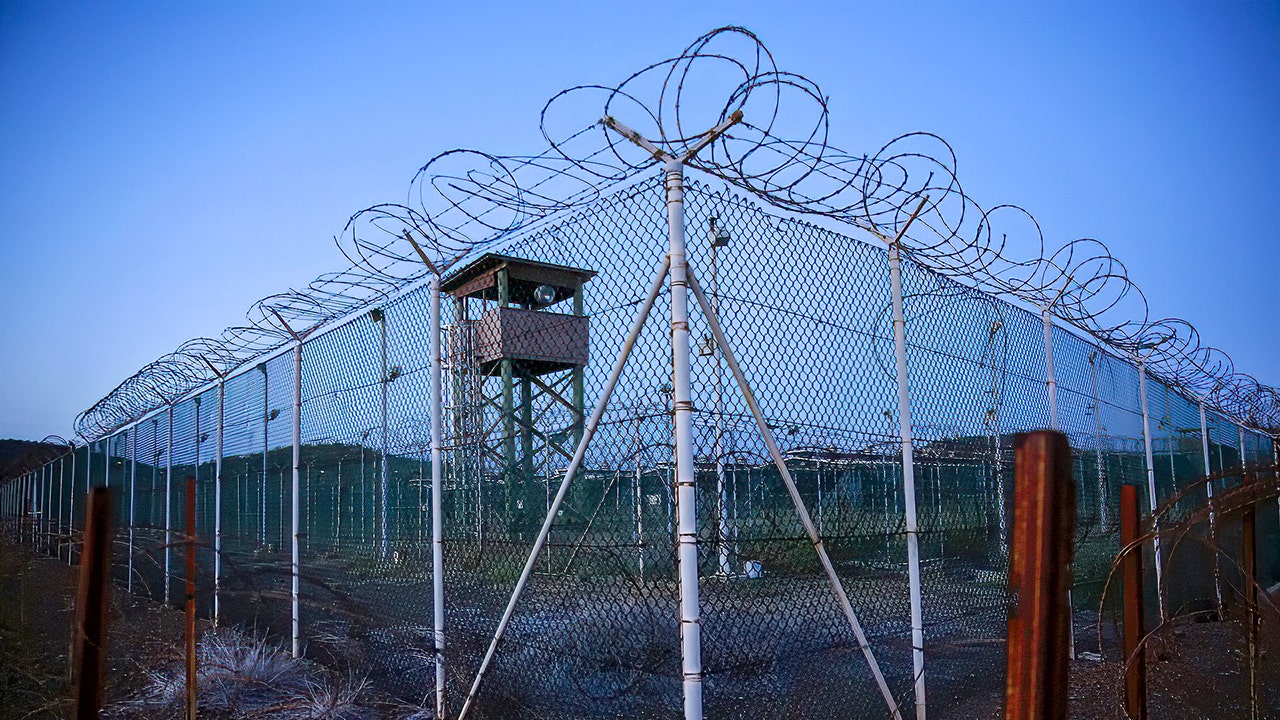 Guantanamo Bay prisoner Sufiyan Barhoumi has been transferred to Algeria, the Pentagon announced on Saturday, leaving 37 detainees at the detention center.

Barhoumi, a 48-year-old Algerian, had been held at Guantanamo Bay detention center for 20 years.

FILE – In this photo reviewed by U.S. military officials, the sun sets behind the closed detention center Camp X-Ray, April 17, 2019, at Naval Base Guantanamo Bay, Cuba. A Saudi prisoner in Guantanamo Bay detention center suspected of trying to join the 9/11 hijackers has been sent back to his home country for treatment for mental illness. The Defense Ministry said Mohammad Ahmad al-Qahtani was flown back to Saudi Arabia from the US base in Cuba after a review board concluded he could be safely released after 20 years in prison. detention.
((AP Photo/Alex Brandon, File))

He had been awaiting his release for nearly six years when the multi-agency periodic review board determined on August 9, 2016 that Barhoumi’s detention “was no longer necessary” to protect against a significant and persistent threat to national security. , according to the Department of Defense. .

Shayana Kadidal, chief counsel at the Center for Constitutional Rights, has been visiting Barhoumi at Guantanamo Bay for 12 years and on Saturday celebrated the news that Barhoumi was finally home with his mother and siblings in Algeria.

“I’m thrilled,” Kadidal told Fox News Digital on Saturday. “I know him and I know his family. They’re all good people. A lot of times guys were hurt before they got into Guantanamo, and you’re worried that what happens after they get out won’t be wise.

“With him, I just don’t have that kind of worry. I know he’s going to land on his feet and have a great life.”

Initially suspected by the United States of being part of a jihadist bomb-making cell in Pakistan, according to his lawyer, the council recommended that Barhoumi be released in his native Algeria, subject to security guarantees and of human treatment.

FILE – In this April 17, 2019 file photo, reviewed by U.S. military officials, the control tower is seen through barbed wire inside the Camp VI detention facility at Naval Base Guantanamo Bay, Cuba. The Biden administration has been quietly laying the groundwork to release prisoners from the Guantanamo Bay detention center and at least move closer to the possibility of closing it.
((AP Photo/Alex Brandon, File))

President Biden and former President Barack Obama have said they want to shut it down completely because the Cuba facility has become a global symbol of prisoner abuse in the war on terror. But former President Trump backtracked.

Unexplained bureaucratic problems blocked Barhoumi’s release in the final months of the Obama administration, according to his attorney. Barhoumi’s family anticipated his return six years ago and even found a bride to marry him, according to The New York Times.

But when Trump was elected, his administration halted the transfers. Biden’s election offered a new window for Barhoumi’s release.

“The United States appreciates the willingness of Algeria and other partners to support ongoing U.S. efforts toward a deliberate and thorough process focused on the responsible reduction of the detained population and, ultimately, the closure of Guantanamo facilities. Bay,” the Pentagon said in a statement Saturday.

Kadidal, who has represented many other Gitmo inmates, said Barhoumi was the first to receive a letter of recommendation from a former guard to the review board. He speaks English and has earned a reputation as a mediator and peacemaker in the detention center, Kadidal said.

Barhoumi lost his left hand in a landmine accident two decades ago, and believes that’s why the military kept him at Guantanamo for so long because they assumed he did. explode while practicing bomb-making, according to his attorney.

“He has often said that he has ‘no black heart against America’ despite his years in prison,” Kadidal told Fox News Digital.