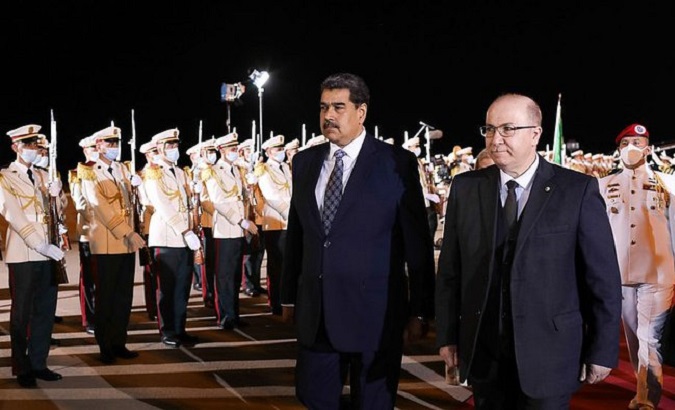 On Wednesday, Venezuelan President Nicolas Maduro arrived in the People’s Democratic Republic of Algeria, which is the second country he is visiting as part of a Eurasian tour aimed at expanding his country’s international cooperation.

Algeria: end of the friendship treaty with Spain on Western Sahara

“We arrived in the People’s Democratic Republic of Algeria as part of our international agenda. We are very happy to meet again and to be able to review our agenda of cooperation and complementarity, in favor of the peoples, “said the Bolivarian leader, who was received at Houari Boumediene international airport by Prime Minister Aimen Benabderrahmane and the Ambassador of Venezuela. to Algeria José Sojo.

Maduro traveled to the African country after completing a first day of work in Ankara, where he signed three bilateral cooperation agreements between Turkey and Venezuela in areas related to tourism, agriculture and finance .

Venezuela and Algeria have maintained diplomatic relations for more than 51 years and have already signed cooperation agreements in the fields of energy, education, culture, trade and industry. In addition, within the framework of the bilateral joint commission held in February, the representatives of the two countries have strengthened their cooperation in the agricultural field.