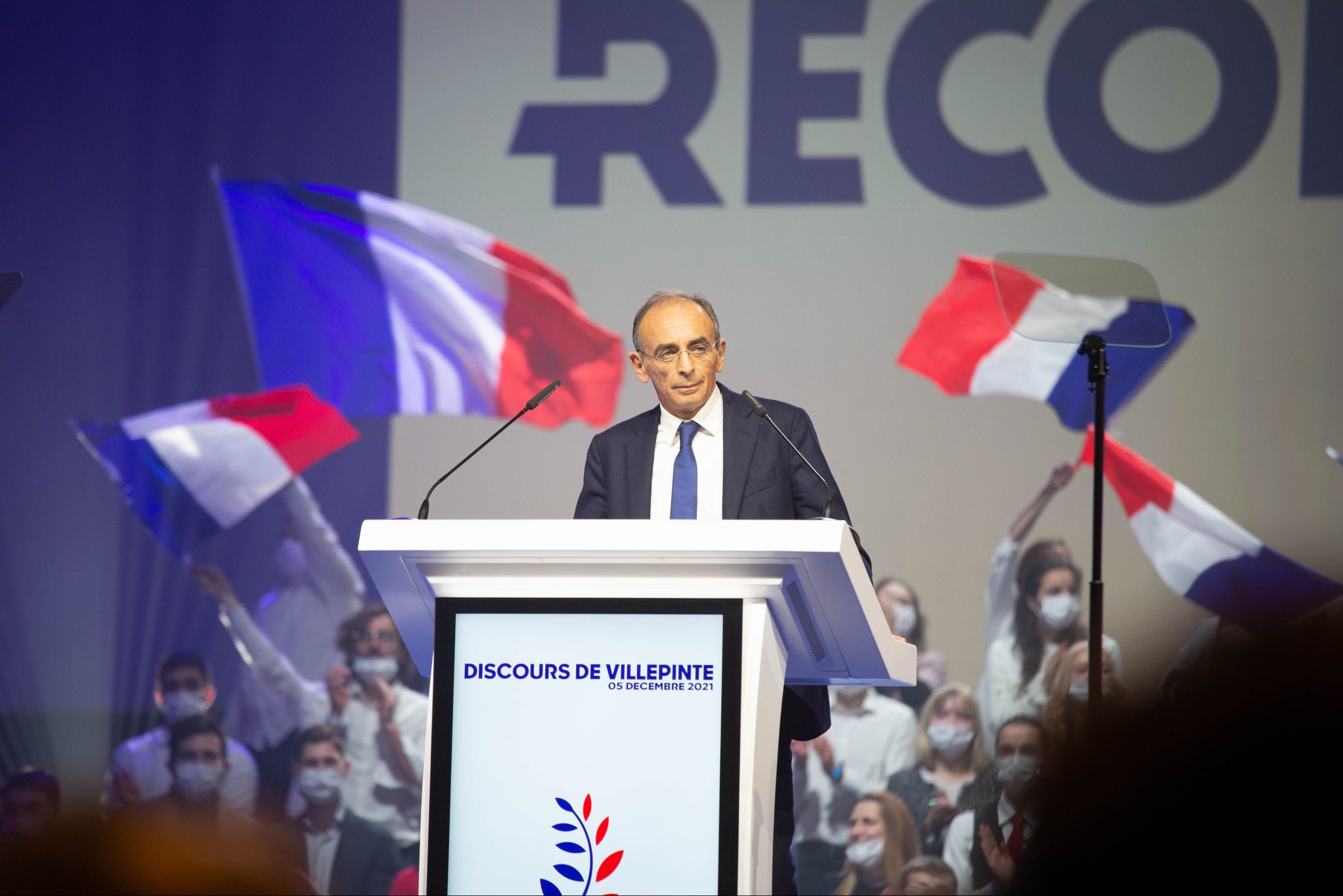 Éric Zemmour was born in 1958 in the eastern suburbs of Paris to Berber Jewish parents who had recently emigrated from French Algeria.

He was admitted to the prestigious Sciences Po Grande Ecole and graduated from the same institution in 1979. Thereafter, he became a journalist, essayist and television presenter.

With a column in Le Figaro and an evening TV show on CNews (vaguely resembling Great Britain The telegraph of the day and UK News), Zemmour has gained notoriety across France and has been widely touted as a possible challenger to incumbent President Emmanuel Macron in that year’s French presidential election.

On November 30, 2021, the polemicist sets his sights and announces his candidacy for the presidency in a YouTube video.

Zemmour’s tough views on immigration, his abrasive style and pervasive controversy (he was convicted of hate speech in a French court on January 17) have often led him to be compared to Donald Trump. Looking at Zemmour’s background and writings, there are key differences between the two. Zemmour was the son of a paramedic, Trump the son of a prominent New York real estate developer. The first sees himself as an intellectual imbued with the writings of the greatest French literary minds, the second as a rude Twitter user.

French suicide, his 2014 commercially successful polemic, provides insight into Zemmour’s perspective on recent French history. Like Trump on America, he crafts a narrative of French decline since the 1968 student protests at the hands of France’s political, intellectual and economic elite.

The first part of chapter one, titled “The Death of the Father of the Nation,” uses General de Gaulle’s funeral as a metaphor for the death of France. Zemmour says: “France was dying but she still didn’t realize it. The nation would no longer exist without General de Gaulle… it is France that was buried alongside De Gaulle.

The next part of the same chapter, titled “The Death of the Family Father,” blames the “great captains of industry” for ushering in female emancipation – which in turn led to the destruction of masculinity and nuclear family. This section shows that Zemmour is openly anti-capitalist. Trump, despite his criticism of free trade agreements, was generally pro-capitalist and even lambasted his Democratic opponents for their “socialism.”

What’s intriguing about Zemmour’s anti-capitalist statements about the family’s death is that they put him in direct opposition to Trump – an ostentatious real estate developer with multiple marriages. On economic and societal issues, Zemmour is not just different from Trump, the former president is his problem.

The essential message that one receives while reading French suicide is the despair of the author. Because of the ideas introduced in 1968 into French politics and society, France is dead and buried with General de Gaulle.

However, Zemmour’s most recent work, France has not said its last word, suggests that pre-1968 France can, in fact, be exhumed and reborn. But how can this France come back from the dead? Zemmour maintains that as president he can do this.

The chances that Zemmour will have the opportunity to fulfill his destiny of exhuming Gaullist France are slim. After coming close to third place behind LePen and Macron in some polls in the fall, Zemmour slipped into fourth place behind the aforementioned candidates and Republicans’ Valérie Pécresse.

The market for a socially and culturally conservative presidential candidate in France exists. Last February, the French Minister of Higher Education, Frédérique Vidal, criticized the proliferation of “Islamo-leftist” ideology in French universities.

French politics is leaning to the right on culture, but the irony of Zemmour, in sausage-slicing the French right-wing electorate, is that Macron could be the biggest beneficiary of his candidacy. If he thinks the incumbent president is burying pre-1968 France for eternity, Zemmour’s candidacy could ensure that France will finally have its last word.