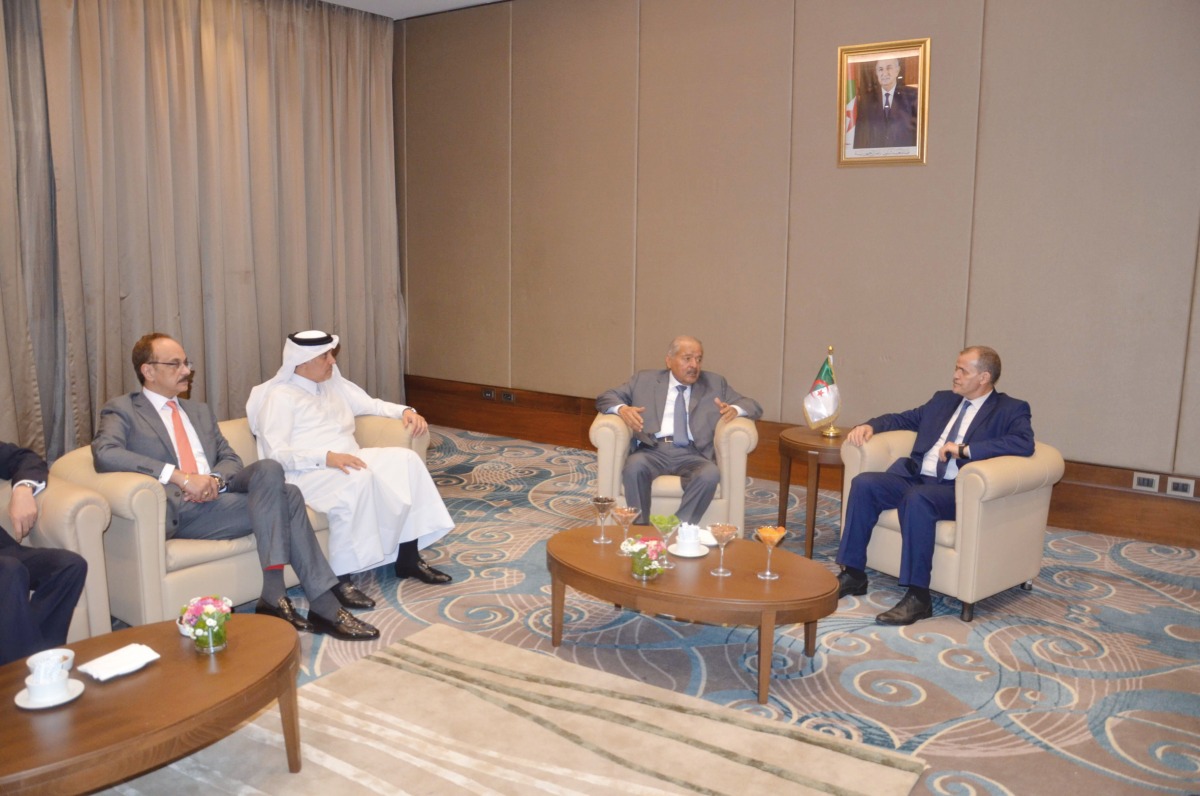 Doha: Algerian and Qatari businessmen stressed the need to work together to strengthen the partnership between the companies of the two countries, particularly in strategic areas and to boost the volume of trade between Algeria and Qatar.

This happened during the second meeting of the Algerian-Qatari Business Council, in Algiers, with the participation of the Qatar Businessmen’s Association (QBA), headed by Sheikh Faisal bin Qassim Al Thani, president of QBA, president of the Algerian-Qatari Business Council. , Kamal Mulla, and President of the Algerian Chamber of Commerce and Industry Tayeb Shabab, Qatar’s Ambassador to Algeria, HE Abdulaziz Ali Al Nama, as well as QBA members Sheikh Mohammed bin Faisal Al Thani, Mohamed Moataz Al Khayat and Sheikh Nayef bin Eid Al Thani, a member of the Qatar Hotel Association, and a number of Algerian businessmen.

In his speech, Mulla referred to government reforms, especially in the economic and financial sectors to create a stable business climate and encourage local and foreign investment.

He underlined the importance of Algeria’s new draft law on investment, which provides the right conditions that guarantee long-term stability for the development of the economy and attract investors.

Mulla also highlighted the need to overcome food, health and water security challenges, in addition to challenges in the energy sector and the need to harness other resources such as solar energy.

Among the sectors that can offer investment opportunities, he mentioned the development of water management as a priority for agriculture in the desert in order to improve the irrigation factor in agricultural cooperatives, in particular those undertaking the development of strategic intensive crops such as cereals, animal feed and maize. On the other hand, he said that the pharmaceutical industry requires huge investments to meet the needs of local markets and those of nearby African markets.

Also speaking at the meeting, Cheikh Faisal expressed his aspiration to develop partnerships with Algerian businessmen in the tourism and agriculture sectors, with the aim of achieving self-sufficiency in staple crops. like wheat.

He continued, “All factors are here to strengthen cooperation, and we are willing to establish partnerships and all suggestions are welcome.”

Shabab also reiterated the concern of the Algerian side to establish a real and lasting partnership with Qatari partners, and not just commercial exchanges. He called on Qatari businessmen to discover investment opportunities in Algeria, especially in strategic areas such as agriculture, desert agriculture, reconstruction, tourism and solar energy.

Ambassador Al Nama also noted: “Qataro-Algerian relations are moving steadily towards a better future. We look forward to a promising future in all sectors, especially investment”.

The QBA delegation also discussed with the Algerian Minister of Commerce, HE Kamal Reziq, areas of cooperation in many fields, including agriculture, tourism and the commercial sector.

Minister Riziq also spoke of a shopping center with international standards, given that the Algerian market is thirsty for such investments. He added: “There are ambitious programs in oil and sugar to achieve local self-sufficiency and also export to the African market”.

He also mentioned the new law on investments, which he considers the best law in the history of Algeria and which will be published in two months, where foreign investments will be divided into four types of investments. There will also be several incentives, including not changing the law in at least 10 years to stabilize and attract foreign investors, while investment sectors include industrial, agricultural, tourism and service investments.

Sheikh Faisal added that “businessmen from both countries have a major role in securing the needs of both countries, especially agricultural production, and in establishing partnerships with Algerians to reduce imports”.

The Qatari-Algerian Business Council hosted a dinner in honor of the QBA delegation, attended by Minister Reziq, Minister of Tourism and Handicrafts HE Yassin Hammadi, Shabab, Ambassador Al Nama and a large number of Algerian businessmen. Discussions continued on small and medium enterprises in health, agriculture, tourism, real estate, solar energy and other productive sectors.