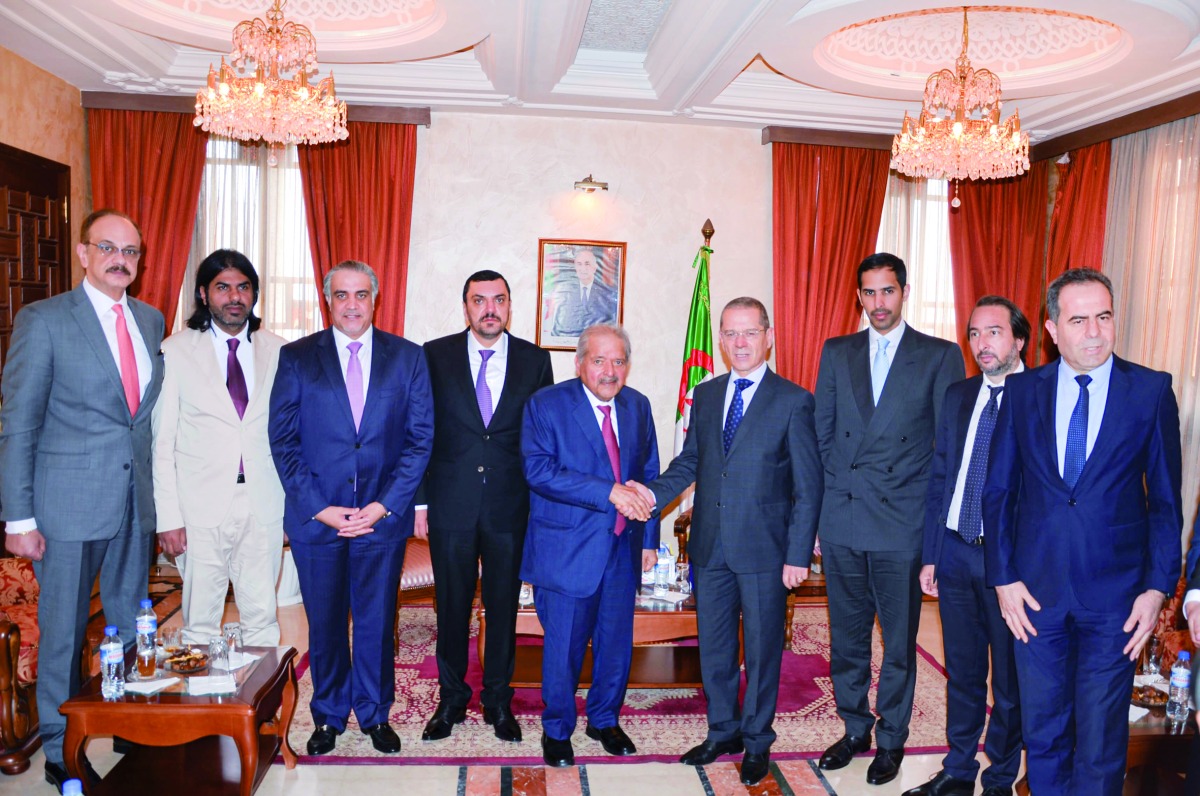 Doha: During their visit to Algeria, the Qatar Businessmen’s Association (QBA) led by its President Sheikh Faisal bin Qassim Al Thani met the Algerian Minister of Agriculture and Rural Development HE Mohamed Abdel Hafeez Hani to discuss potential investment opportunities in the agricultural sector, in the presence of the Ambassador of Qatar to Algeria HE Abdulaziz Ali Ahmed Al Naama.

During the event, the two parties discussed the investment opportunities available in Algeria to develop partnership projects between Algerian and Qatari investors.

At the start of the meeting, the Minister reviewed the strategy adopted by the sector aimed at developing agriculture in Algeria, highlighting the incentives granted to national and foreign businessmen to invest in the production and processing of consumption such as milk, cereals, fodder, dry legumes and industrial crops, in particular sugar and oilseeds.

The Minister also pointed out that Algeria has sufficient grain stocks until the end of the current year, which will not be affected by the changes underway at the global level.

He also indicated that the cereal and dairy sectors are a priority for the government. The State is making great efforts to increase cereal production capacities at the national level, stressing that the ministry’s objectives are based on the development of agriculture in the desert states which have great capacities, particularly in strategic agricultural products.

He also pointed out that there is a shortage in the milk and dairy products sector, indicating that a vast project is being studied with the Qatari company Baladna in the near future, which will allow a large part of the self-sufficiency, indicating that the State is working hard to overcome all obstacles to the success of this strategic project.

Also speaking at the meeting, Sheikh Faisal said that bilateral relations between Qatar and Algeria are strong, and that there is great interest from Qatari businessmen to invest in Algeria, whether in tourism, real estate, agriculture and other productive sectors. The president of QBA also indicated that Algeria has enormous potential and is a promising market, in particular in its African depth and its proximity to its European environment.

Cheikh Faisal also spoke about his own experience as an investor in Algeria, emphasizing the importance of the Algerian market and the great natural and economic potentials of Algeria, in addition to the presence of vast and fertile land of interest to investors in the agricultural sector. , highlighting the eagerness of Qatari businessmen to discuss cooperation and investment opportunities in the two countries for mutual benefit. For his part, Ambassador Al Naama expressed the willingness of Qatari businessmen to invest in agriculture in Algeria and to exchange their expertise with their Algerian counterparts.