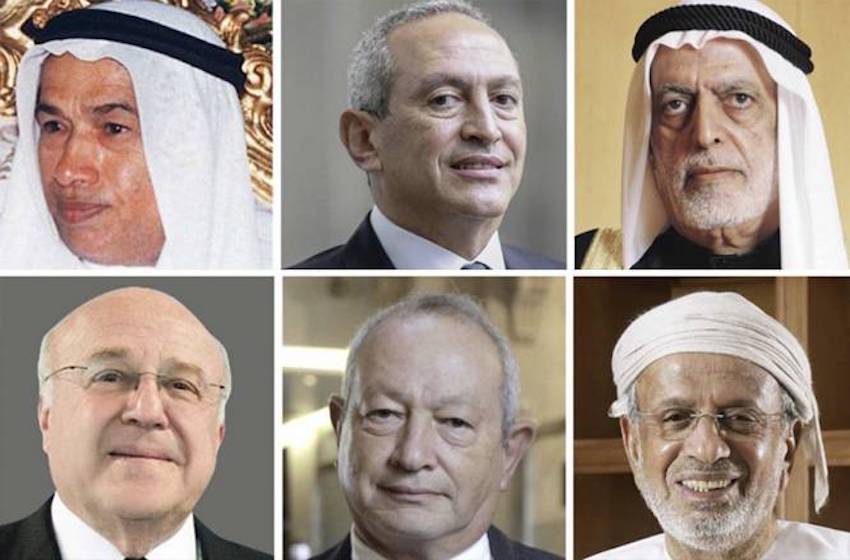 Richest Arab in the World 2021

This year there are 22 Arab billionaires in the world compared to 2020, while the 2019 list omitted Kuwaiti Kutayba Alghanim, but again welcomed Qatari Hamad bin Jassim Al Thani with an estimated fortune of 1.3. billion dollars, and the Moroccan Othman Benjelloun & his family, also with 1.3 billion dollars. .

Egyptian Nassef Sawiris remains the richest Arab in the world in 2021, with a net worth of $ 8.3 billion, 3.3 billion more than last year. Its most lucrative asset is a 6% stake in sportswear maker Adidas. He also runs OCI, one of the world’s largest nitrogen fertilizer producers, with factories in Texas and Iowa.

Algeria’s only billionaires, Issad Rebrab and his family, are the second richest Arabs in the world, worth $ 4.8 billion. Rebrab is the founder and CEO of Cevital, algeria largest private company. Cevital has one of the largest sugar refineries in the world, with a production capacity of two million tonnes of refined sugar per year.

Lebanese jeweler Robert Mouawad is the only billionaire living in Bahrain and is valued at $ 1.4 billion. Najib and Taha Mikati are the only Lebanese billionaires residing in Lebanon and are each worth $ 2.5 billion. Bahaa, Ayman and Fahd Hariri, sons of former Lebanese Prime Minister Rafiq Hariri, now live in Europe and are worth $ 2 billion, $ 1.3 billion and $ 1.1 billion respectively.

Richest Arab in the World 2021

Al Ghurair founded Mashreqbank, one of the UAE’s leading banks, in 1967. He stepped down as chairman in October 2019, but remained on the board. His eponymous holding company has interests in food, construction and real estate; members from outside the family are part of the management team.

His construction company carried out the exterior cladding of Burj Khalifa, the tallest building in the world, and participated in the construction of the Dubai Metro. His brother Saif Al Ghurair, who died in August 2019, was also a billionaire. Abdulla bin Ahmad Al Ghurair’s net worth is $ 2.8 billion.

Naguib Sawiris is the son of the richest family in Egypt. His brother Nassef is also a tycoon. He built a fortune in telecommunications developing Orascom Telecom in 2011, which was bought by Russian telecommunications company VimpelCom (now VEON) at a price of several billion dollars.

Sarwat Sawiris is president of the telecommunications company Orascom TMT Investments. which owns stakes in an asset manager in Egypt and in the Italian internet company Italiaonline, among others. Sawiris owns 88% of the pan-European pay television and video information network Euronews through Media Globe Holdings. He also developed a luxury resort called Silversands on the Caribbean island of Grenada. Naguib Sawiris net worth is $ 3.2 billion.

Majid Al Futtaim founded Majid Al Futtaim Holding, formerly MAF, in 1992. MAF owns 13 hotels and 26 shopping centers, including the Mall of the Emirates in Dubai and the Mall of Egypt in Cairo. It also holds the exclusive license to operate hypermarkets for the French company Carrefour across the Middle East,

North Africa and Central Asia. His son Tariq sits on the board of directors while members outside the family run the conglomerate, which publishes its income and profits every year. The group achieved sales of $ 9.4 billion in 2018, but recorded a slight loss due to a market downturn. Majid Al Futtaim net worth is $ 3.6 billion.

Issad Rebrab is the founder and CEO of Cevital, Algeria’s largest private company. Cevital has one of the largest sugar refineries in the world, capable of producing more than 2 million tonnes per year. In addition, Cevital owns European companies, including the French appliance manufacturer Groupe Brandt,

an Italian steelworks and a German water purification company. After serving eight months in prison for corruption, Rebrab was released on January 1, 2020. He denies any wrongdoing. Issad Rebrab’s Net Worth is $ 4.8 billion.

Nassef Sawiris is an investor and descendant of the richest family in Egypt. Its most valuable asset is an almost 6% stake in sportswear maker Adidas. In December 2020, he acquired a 5% stake in New York-based Madison Square Garden Sports, owner of the NBA Knicks and NHL Rangers teams.

He runs OCI, one of the world’s largest nitrogen fertilizer producers, with factories in Texas and Iowa; it is listed on the Euronext Amsterdam stock exchange. Orascom Construction, an engineering and construction company, trades on the Cairo Stock Exchange and Dubai’s Nasdaq. Nassef Sawiris net worth is $ 8.3 billion.