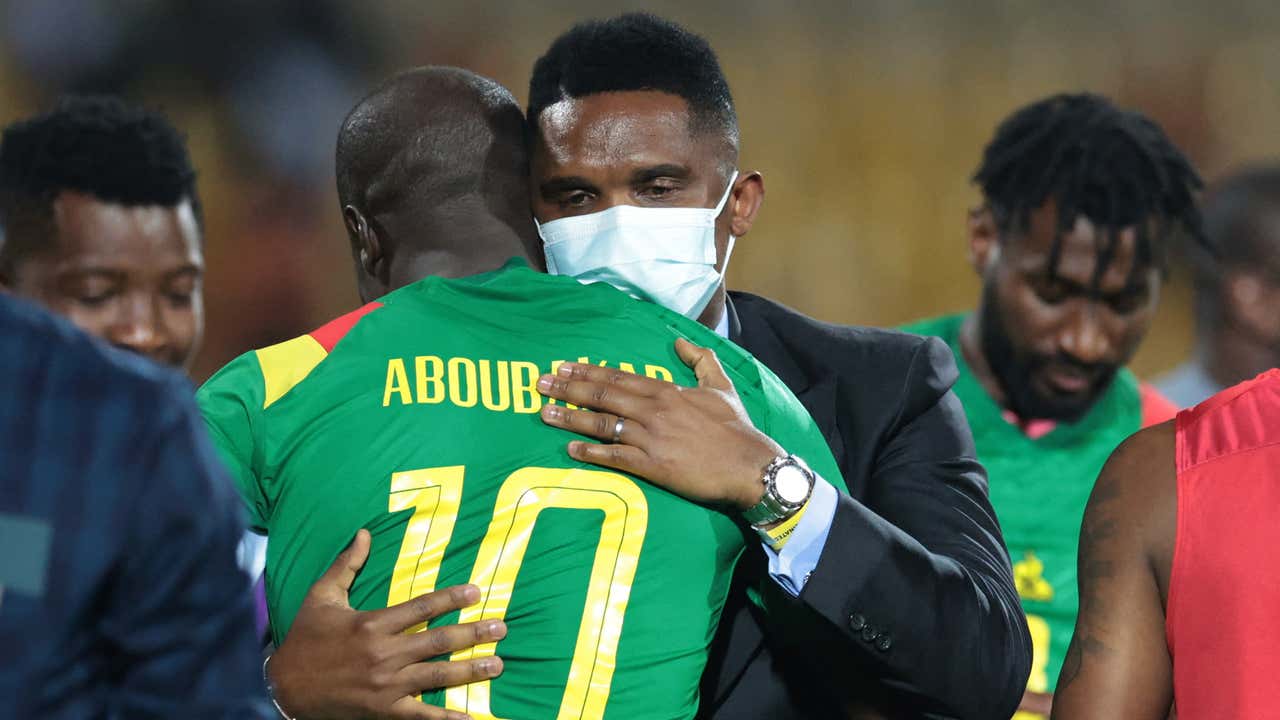 Security bubble in the camp & 50 agents: Fecafoot’s plans for the Indomitable Lions in Doha

Cameroon FA President Samuel Eto’o has outlined an elaborate security plan for the Indomitable Lions during their camp in Qatar for the 2022 World Cup.

The Indomitable Lions will stay at the five-star Banyan Tree Hotel in Doha, which has some of the best facilities in the city, and Fecafoot will ensure the players are protected from outside interference.

“From a security point of view, a security bubble will be created around the group”, indicates a press release on the Fecafoot site after Eto’o’s visit to the establishment, accompanied by the bench Cameroonian technique led by coach Rigobert Song on Tuesday.

A few months before the start of the 22nd FIFA World Cup 2022, which will be played from November 21 to December 18, 2022 in Qatar, the President of the #FECAFOOT and the technical staff of the Indomitable Lions are scouting in Doha.https://t.co/S0NbtBwlDe

“Nearly 50 agents will be made available to the hotel. In this sense, all the space dedicated to players and coaches will only be accessible upon presentation of an accreditation. An elevator will also be reserved exclusively for players and will only stop at the floors where they will be accommodated.

Unlike before where such arrangements were made only by the federation, Eto’o decided to seek the opinion of the technical bench before settling on the place.

Cameroon are in one of the toughest pools of the World Cup, having been drawn in Group G alongside five-time winners Brazil, Switzerland and Serbia.

The Indomitable Lions will open their campaign on November 24 against the Swiss before facing Serbia four days later and concluding the group stage against Samba Boys on December 2.

Cameroon’s trips to the World Cup have been the subject of controversy before, including in 2014 when players refused to board their plane to Brazil due to a disagreement over bonus payments with the government.

The standoff forced the federation to take out a loan to meet player demands while increasing the amount given to each player by $12,000. Eto’o, however, pledged to ensure that such incidents would not happen again during his tenure.

Cameroon qualified for the World Cup after toppling Algeria 2-1 away in Algiers to score away goals after a 2-2 aggregate result, after losing 1-0 at home in the first leg.

The Indomitable Lions, who missed out on the 2018 edition in Russia, only managed to get past the group stage once when a Roger Milla-inspired side reached the quarter-finals in 1990 in Italy.

Cameroon’s plans for the World Cup

What do you think of the security features of the Indomitable Lions?