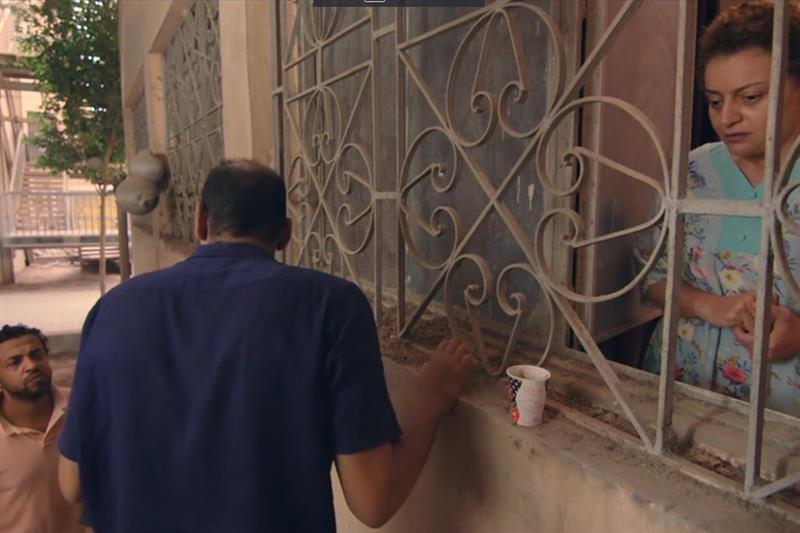 For its eighth edition (February 10-12), the Alexandria Short Film Festival (ASFF) is taking another progressive step by introducing its first international competition. The eight-year event began in a small room in the Atelier d’Alexandrie on the initiative of a group of young film enthusiasts. First funded by their own contributions, but eventually under the auspices of the Ministry of Culture and other partners.

Since its launch in 2015, although hugely popular with young, social media-savvy audiences, the festival struggled to find a suitable venue, moving from one cultural center to another, but eventually managed to cooperate with the private sector this year. moved to the well-equipped Metro Cinema, one of the most prestigious in the city.

According to ASFF President Mohamed Mahmoud, as the festival grows its notoriety across the Arab world, “Our goal is to give our audience in Alexandria the opportunity to see a wide range of films that are diverse in their content and style, thus crossing the borders of the Arab world to the world as a whole, was a crucial step taken at the right time”.

It was not an easy decision, says Mahmoud. The budget did not allow for the employment of regional curators as an international festival normally would, and so ASFF resorted to online platforms that connect filmmakers to festivals: “We relied on Film Freeway and FESTHOME, which are well known to filmmakers around the world. . It was wonderful. For a nominal subscription, these platforms allow hundreds of filmmakers to submit their films to the appropriate festivals. The majority of films are of high quality, and there is richness and diversity in terms of content and style.

According to ASFF artistic director, Mony Mahmoud, out of some 1,500 submissions from 60 countries, 56 out of 31 were selected in five competitions including three international short stories (narrative, documentary and animation), the other two being Arab films narratives and students. contest, the latter launched in the fourth round.

The International Documentary Film Competition counted 10, one of which – After the Deluge by Russian director Vladimir Eysner by Vladimir Eysner – had its world premiere at the festival.

The Egyptian Critics Association Jury Prize was awarded to the American film Feeling Through, directed by Doug Roland, in the international feature film competition.

The student film winners were: Third Eye by Dina Yasser Reffaie from the Higher Institute of Cinema in Cairo, which won the Golden Hypatia Award for Best Film; Cor by Maya Sebahi from the University of Badr, who won the Silver Hypatia Special Jury Award.

Heba Abdel Ghani for her role in Ferial’s Coffee by Mohanad El-Kashef of the Higher Institute of Cinema in Cairo, Aya Ashraf Elmorsy for her film I love you, I hate you, produced by the creative documentary workshop of the caravane des among women filmmakers, Adham Fallacy by Medhat from the College of Language and Communication (CLC) and Sex Doll by Moataz Alnaggar from the Higher Institute of Cinema in Cairo won special mentions.

In the Arab Film Competition, the Golden Hypatia Award for Best Film went to Their Truth by Marcelle Aleid. The silver Hypatia Special Jury Prize was shared equally between Tunisian film Korrinty by Aziz Chennaoui and Syrian film Sarah by Alaa Abo Farrag for the performance of actor Suhair Saleh. In

In the international feature film competition, Russian film Coo-Coo by Svetlana Belorussova won Hypatia d’or while Italian film A New Perspective by Emanuela Ponzano won Hypatia d’argent. The jury’s special mention was awarded to the Egyptian film Halal Kss by Selim Eladawy and to the American film Feeling Through by Doug Roland.

This year, the festival honored two film personalities. One was the famous Egyptian musician Khaled Hammad, who composed many iconic scores, including the films Laughter, Joy, Work and Love (1993) by Tarek El Tilmisany, Cultural Film (2000) by Mohamed Amin, and Sameer, Shaheer & Baheer (2010) by Moataz El Tony and the television series Season of Flowers (2000) by Samir Seif and His Excellence (2014) by Ramy Imam.

The second winner was Tunisian film and theater actress Fatima Ben Saïdane, whose outstanding career has included numerous appearances in short films. In addition to nine radio and television series, she has participated in 13 plays in Tunis, Paris and Milan as well as 47 films in France, Morocco, Algeria and Egypt as well as Tunisia. His best-known appearances include El Halfaouine (1990) by Farid Boughedir and Le Silence des palais (1994) by Moufida Tlatli.

Mahmoud says this year’s winners reflect the festival’s commitment to recognizing artists who have impacted generations and whose contributions continue to inspire emerging artists and audiences alike.

The Alexandria Short Film Festival is an annual event founded and organized by the Art Circle Association as an independent initiative in 2015. Since its fourth round, it has received support from the Ministry of Culture, the Authority Tourism Promotion and the Ministry of Youth and Sports. .

*A version of this article appeared in the February 24, 2022 edition of Al-Ahram Weekly.