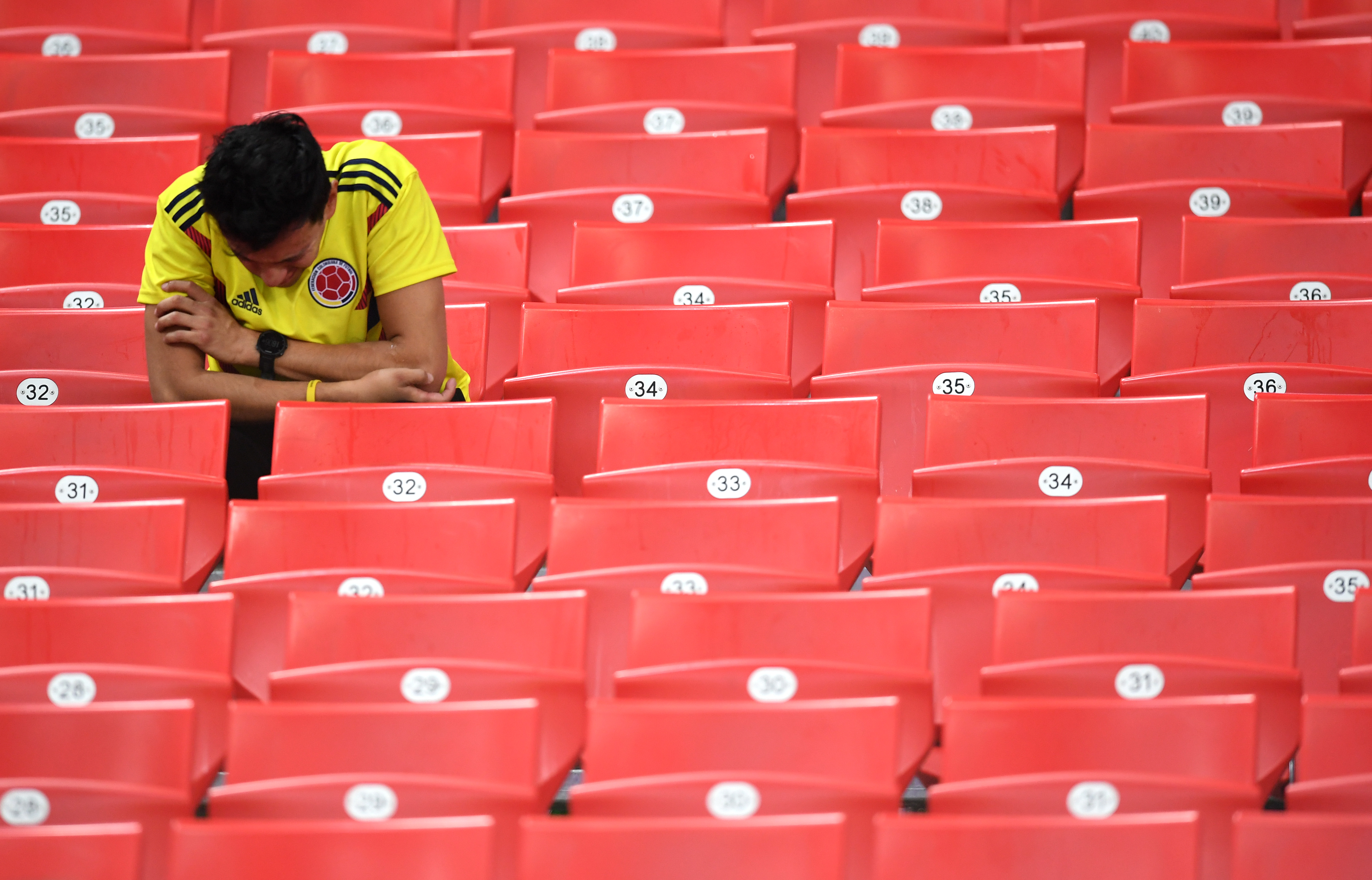 BOGOTA/LAGOS – Colombian food seller William Abella was counting on the 2022 World Cup as an opportunity to make up for his losses from the long COVID-19 lockdowns.

When the national team plays, its small store and snack bar in central Bogota usually turns into a sea of ​​yellow as football fans wearing the team’s official jerseys gather to drink and chat, increasing the beer sales up 80%.

But like many small traders in footballing countries who unexpectedly failed to qualify, his hopes of bumper business from fans cheering him on were dashed.

“With Colombia out of the World Cup, I expect my beer sales to drop by about half,” said Abella, 65.

The World Cup, which is hosted by Qatar and kicks off in November, is big business, driving billions of dollars in consumer spending on tourism, food and drink, merchandise and more.

But as companies around the world prepare to cash in, developing countries known for their footballing prowess – but who failed to qualify – are counting their losses.

From street vendors in Colombia to shopkeepers in Algeria and owners of football viewing rooms in Nigeria, small businesses and informal workers who rely on cash on hand during football matches fear a sharp drop in income.

In northern Bogota, street vendor Roberto Teyes sold and traded stickers for the Panini football album during the last World Cup, hosted by Russia in 2018.

“There will be less interest in collecting stickers because the Colombian team won’t be in the album,” Teyes said, adding that he made up to $130 a day in sticker sales.

“I was hoping for a good end of the year. I really needed it after COVID,” he said.

The Fenalco Traders Association estimated that the team’s knockout in a March qualifier would result in economic losses of around $810 million, primarily due to impacts on merchandise vendors, bars, cafes and travel agencies.

During the 2018 World Cup, when Colombia reached the round of 16, Fenalco members reported an increase of almost 40% in beer sales, 20% in spirits, 19% in television screens and 12% non-alcoholic beverages.

In Nigeria, another football-mad country and home to Africa‘s largest population, David Anomweh, who runs a sportswear stall in the commercial capital Lagos, is also in the doldrums.

Highly-rated Nigeria – who have appeared in six of the previous seven World Cups – also failed to qualify for Qatar, leaving millions of fans bereft.

The Super Eagles’ shock defeat to staunch rivals Ghana last week not only sparked riots from angry supporters who stormed the pitch, but left some businesses and traders in shock.

From shops to cafes, Lagos business owners expected to make good profits, and some had already made investments assuming the national team would qualify.

“My dad has already ordered 50 Nigerian shirts in hopes of starting to sell them if Nigeria qualify,” said Anomweh, manager of Ugo Ways Sports at the bustling Yaba Market in Lagos.

“It’s painful because Nigerians like to watch Nigeria games compared to club games,” said Jide Joseph, owner of an 80-capacity venue in Fadeyi, a suburb of Lagos.

Joseph, who has run the business for 20 years, said he expects full capacity for Nigeria games and expects to earn 10,000 naira per game, compared to 700 naira for other games .

“Now that Nigeria hasn’t qualified, people won’t come to see other national teams. I won’t be able to make money from any game anymore,” he said.

Remi Ugo, owner of Blue Spot Cafe, a bar and restaurant in the Lagos suburb of Shomolu, said Nigeria’s failure to qualify would hurt many businesses like his.

“About 80% of my customers come here to drink just to watch games,” he said.

“(Now) I’m sure people won’t come much for the World Cup games.”

Moustafa Mehres, a 36-year-old cafe owner in an eastern district of Cairo, said his daily sales doubled when the national team played.

“Instead of having 20 clients all day, I get 40 clients in just two hours,” he said.

In another part of the capital, in Cairo’s historic El-Gamaliya district, clothing store owner Waleed El Kurdi, 30, had hoped for a windfall fueled by the tournament in Qatar.

During Egypt’s home match against Senegal in March for a World Cup berth, sales at El Kurdi’s shop soared 25% as fans grabbed Salah’s t-shirts as well as scarves and flags of the national team, which failed to qualify.

In the Algerian capital, Algiers, Mohamad Bachouch, 59, faces a similar problem in his small shop after storing Algerian flags, shirts and mugs with the names of national team football players.

“When Algeria was disqualified, I had tears in my eyes because I knew I had lost a lot,” Bachouch said.

“That means I will have to keep them until, maybe, the next World Cup.”

(Reporting by Anastasia Moloney in Bogota, Kelechukwu Iruoma in Lagos, Menna Farouk in Cairo and Tala Ramadan in Beirut; Editing by Nita Bhalla and Sonia Elks. Please credit the Thomson Reuters Foundation, the charitable arm of Thomson Reuters, which covers life of people around the world struggling to live freely or fairly. http://news.trust.org)