Thanks from a Grateful Nation | Stories | Notre-Dame Review 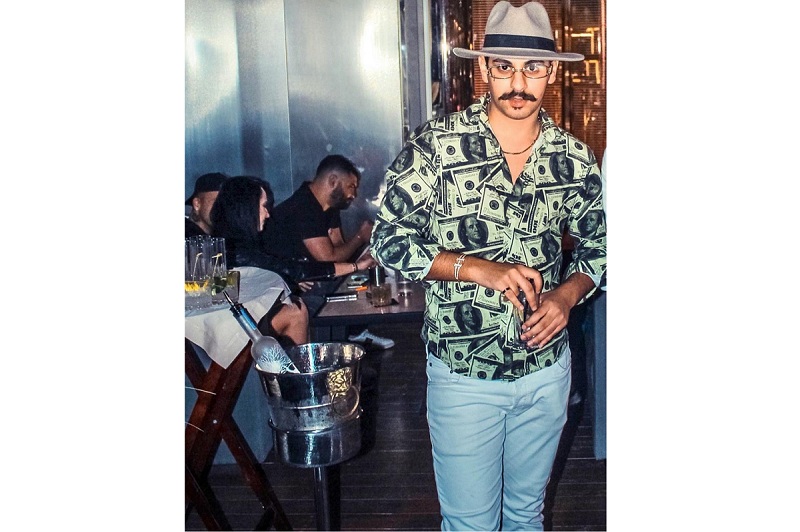 Eugene D. Dollard was a freshman at Notre Dame, barely 18, when he left school to answer his country’s call.

It was 1943 and the United States was in World War II, fighting the Nazis in Europe and the forces of totalitarianism around the world. Dollard would serve in the United States Navy in Europe, the Mediterranean and the Pacific – and would witness more death and brutality than most men experience in their lifetime.

Dollard ’49, from Hamlin, New York, is now 96 years old. On June 9, he received the Legion of Honor of France in a ceremony in Fairpoint, New York.

“I’m part of the fortunes,” says Dollard, who was touched by the ceremony. It brought back memories of many military friends and comrades, some of whom gave their lives in war and others who died in the years that followed.

The Legion of Honor is the highest order of French merit, created in 1802 by Napoleon Bonaparte. While membership is generally reserved for French citizens, foreign nationals who have served France may receive the honor.

In 2004, which marked the 60th anniversary of the D-Day invasion, French President Jacques Chirac decided to honor American WWII veterans who fought on French soil during that war. Several hundred American veterans have so far received the Legion of Honor for their service.

“France sees the great importance and significance of what was accomplished through our alliance with the United States during World War II. We believe that it is essential to thank all the great heroes who helped liberate our soil from the terrors of Nazism and who helped guarantee our freedom, our democracy, our values ​​and our way of life while there is still time. », Indicates a written statement from the Consul of France. Office.

Dollard was only 17 when he arrived in Notre-Dame. He moved to Zahm Hall and started classes. But the nation was preparing its war operation.

Many students had already left to join the US military. Military service and training have long been part of Notre-Dame’s tradition. In April 1942, much of the campus became a military camp with the establishment of the V-7 Naval Program to train Navy officers. About 12,000 officers were trained during the war years, when only a few hundred civilian students remained.

After a semester, Dollard enlisted in the US Navy. After three months of training, including a shooting school, he was posted to the US Naval Amphibious Division. His unit left Hoboken, New Jersey, on the new USS Henrico, sailing to Great Britain.

Dollard participated in the D-Day invasion of Normandy on June 6, 1944, the largest maritime invasion in history. The operation began the liberation of France and ultimately all of Western Europe, leading to the Allied victory on the Western Front.

“We welcomed the first wave in Normandy,” recalls Dollard in a telephone interview. His ship carried part of General Dwight D. Eisenhower’s 1st Division in the First Wave on Omaha Beach, providing support to the landing forces. He operated 20-millimeter machine guns and supervised the small landing craft – the Higgins ships – used for amphibious landings.

“It was a general massacre where 7,000 men were killed in the first 24 hours,” recalls Dollard in a story written of her military experiences by her daughter, Elizabeth Bysiek.

After Normandy, Dollard was sent to North Africa, notably to Morocco and Algeria. He remembers crossing the Algerian mountains on horses that Allied troops found that had Nazi swastikas engraved on the flanks of the animals.

Later, in Naples, Italy, his unit recovered the 3rd Army from General George S. Patton, delivering troops to Saint-Tropez, then traveled to Marseille for Operation Dragoon on August 14, 1944, l Allied invasion of southern France. He attends a tank battle on the steps of Marseille Cathedral.

Dollard was then transferred to USS Chilton serve in the Pacific. In June 1945, while fighting the Japanese in the Battle of Okinawa, he faced the greatest bloodshed of the war. The ship was struck by a kamikaze plane and Dollard was injured, but recovered quickly.

His unit was preparing for the Allied invasion of Japan, which never took place. “Thank you Lord Harry Truman was president, or I wouldn’t be here,” he said. “I have had a lot of close calls.” The Japanese surrendered in early September 1945.

Soon after, Dollard was honorably released. He returned to the United States, re-enrolled at Notre-Dame and obtained a Bachelor of Science in Commerce. He briefly attended Notre Dame Law School, but decided that studying law was not for him.

Dollard returned home to upstate New York to run the family business, a diverse business that includes wholesale and retail meat, liquor store and real estate that he now runs. for 74 years. He married and raised a family.

The elderly veteran is one of the increasingly small group of Americans of the larger generation, those born in the first quarter of the 20th century whose lives were shaped by the Depression and service during World War II. Of the more than 16 million Americans who served in the military during that war, fewer than 300,000 are still alive, according to a 2020 report from Pew Research.

About 150 members of the Notre-Dame class of 1949 are still alive, according to records from the Association des Anciens de Notre-Dame.

Dollard’s older brother is also a graduate of Notre-Dame. Vincent Dollard ’39, passed away in May 2020 at the age of 102.

Dollard says he hopes young adults today will never have to face the dangers that the world and young men like him faced during World War II.

Margaret Fosmoe is associate editor of this magazine. 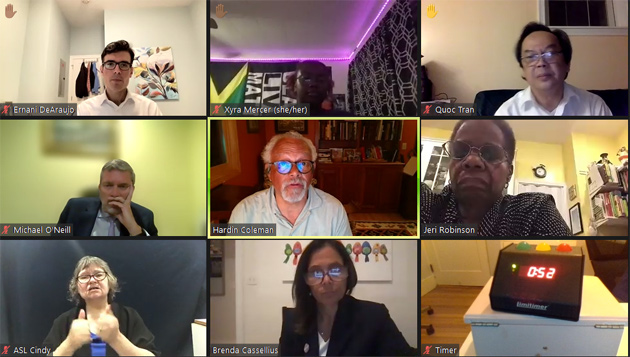