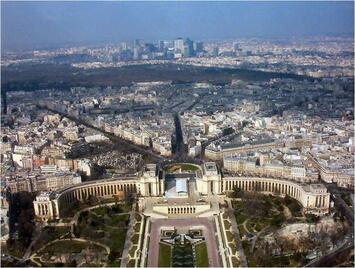 The last utopia: the city in 15 minutes

Mayors and urban planners have a crucial role in the management of cities. They must help cities adapt quickly when faced with external shocks – the pandemic is just the latest. Being a careful and efficient janitor is the main task of mayors.

However, mayors and city planners feel compelled to invent more glorious tasks to demonstrate their creativity during political campaigns. Mayors must now have a “vision” rather than simply being competent managers of the capital represented by urban infrastructure and amenities. Urban planners often promote this confusion about the missions of mayors. They claim that a city is a complex object that must be designed beforehand by brilliant specialists. They would then impose their design on the townspeople who lack vision and genius.

In recent years, the vision of mayors has been expressed through qualifiers that have changed like fashion: sustainable development, the smart city, the resilient city, the livable city, and more recently, the post-pandemic city. These slogans had the advantage of having a positive connotation without incurring any quantifiable obligation for the politician who proclaimed them. Of course, no one can be against sustainable development or smart cities. But there are no measurable indicators to prove that a proposed urban policy guarantees sustainable development more than another. Thus, planners can easily justify initiatives that tend, for example, either to increase urban density or to reduce it, all in the name of sustainable development, habitability or resilience.

We must therefore salute the innovation coming from the Municipality of Paris which, by promoting the city of 15 minutes, proposes a “vision” which already contains its performance indicator. Carlos Moreno, “Professor of Universities, expert on cities”, is the inspiration and the main promoter of the city in 15 minutes which has become the official policy of Anne Hidalgo, mayor of Paris, since her re-election campaign in March 2020 .

Why bother to test the feasibility of a political slogan used during a campaign for the re-election of a mayor of Paris, even if this campaign was crowned with success? Because curiously, the idea of ​​a 15-minute city is taken very seriously in the urban world. It became the motto of many cities and the subject of numerous articles in prestigious press such as New York Magazine, the Washington Post, The Guardian and the Financial Times.

The idea of ​​the 15 Minute City has been repeated in many guises by mayors and city planners around the world – the latest being that of a New York mayoral candidate who was unsuccessful in of his primary campaign in May 2021.

Even a prominent urban economist like Professor Ed Glaeser was alarmed enough by the spread of the 15 Minute Madness that he felt compelled to comment on it. In a blog post, he wrote that the 15 Minute City “should be recognized as a dead end that would prevent cities from fulfilling their true role as engines of opportunity.”

Alain Bertaud is an urban planner and, since 2012, senior researcher at the Marron Institute of Urban Management at New York University. He has published a book on town planning, Ordering without design: how markets shape cities. The book was published by MIT Press in November 2018.

Bertaud is a DPLG Architect from the Ecole Nationale Supérieure des Beaux-Arts in Paris.

Bertaud previously served as a senior urban planner at the World Bank. After retiring from the Bank in 1999, he worked as an independent consultant. Before joining the World Bank, he worked as a resident urban planner in several cities around the world: Bangkok, San Salvador (El Salvador), Port Au Prince was (Haiti), Sana’a (Yemen), New York, Paris, Tlemcen ( Algeria) and Chandigarh (India).

Bertaud’s research, carried out in collaboration with his wife Marie-Agnès, aims to bridge the gap between operational town planning and the urban economy. Their work focuses on the interaction between urban forms, real estate markets and regulations.