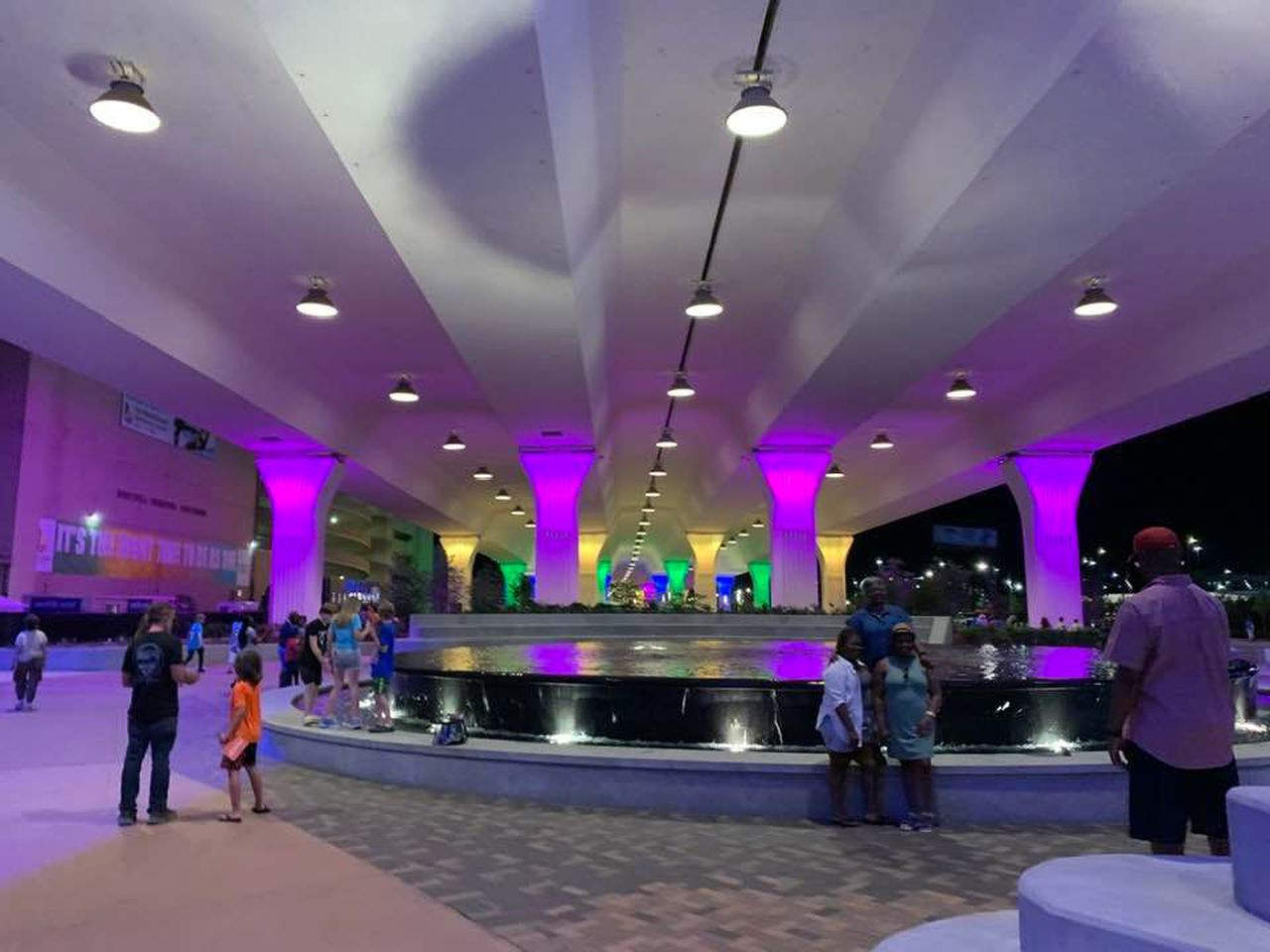 How do you measure the intangible effects of the World Games?

How to apply cost-benefit to a sporting event that took place in the midst of war, with Ukraine proudly represented by athletes who won medals and stood on the podium enthusiastically singing their national anthem under five months after their nation was invaded by Russia?

People will try to do it, and it will take time.

“It is important that we know exactly what we have taken away from this event,” said David Galbaugh, vice president of sports sales and marketing for the Greater Birmingham Convention and Visitors Bureau. “We had 30,000 international guests. It is important. We are talking millions and millions of dollars.

According to preliminary estimates, this would have an economic impact of approximately $256 million on Alabama. Galbaugh said officials would process the numbers for months to update that analysis.

Of course, it was expensive to host.

Birmingham has invested at least $65 million in a public-private partnership to fund the World Games. Private companies paid for most of it through corporate sponsorships. The City of Birmingham has paid $3 million this year and another $2.7 million for police overtime, according to this year’s budget. The Jefferson County Commission has committed $5 million and is expected to pay $1.2 million in overtime for deputies, Commissioner Joe Knight said. Alabama State sent 91 state troopers. Police from 15 other cities sent officers, patrol cars and equipment.

There were probably cost overruns and unforeseen expenses. Birmingham City Council held a special meeting called for July 7, the first day of the games, to authorize the mayor’s emergency spending. In the hours before the games began, the city asked Governor Kay Ivey to declare a state of emergency, which would authorize emergency spending. The governor’s office refused.

Beyond government support, more than 3,000 volunteers donated their time and energy. Approximately 350,000 tickets were sold, with an average face value of $20 to $40 each.

“All of our venues are absolutely amazing,” said Jonathan Porter, senior vice president of Alabama Power and chairman of the Birmingham Organizing Committee.

Birmingham has revamped venues, including renovating the exterior of Legion Field and updating Boutwell Auditorium seating. Access for people with disabilities has been improved. “The facilities are the best there is,” said Rick Journey, the city’s director of communications. All facility upgrades were planned and necessary, but accelerated in time for the World Games, he said.

It will be months before the numbers are known on sales tax and hospitality tax revenues generated from hotel occupancy and other expenses that will deliver tangible returns on investment.

It will be years before the echoes of the World Games in Birmingham cease to resonate in the four corners of the globe.

But people already know how it made them feel.

Out of 74 nations that had athletes participating in the World Games, 73 countries won medals, even those countries that sent an athlete. The only country to participate and not win a medal was Namibia, which had an athlete, and she considered the World Games a great success and one of the most memorable moments of her life.

Natascha Rottcher, 27, who grew up in Namibia but earned a waterskiing scholarship at Florida-Southern College and now lives in the Orlando area, represented her home country in the women’s waterskiing slalom and wakeboarding at Oak Mountain State Park.

The grandstand on Oak Mountain Beach was full of spectators having fun watching the skiers, the largest crowd she had ever performed in front of.

“Waterskiing doesn’t get a lot of fans,” Rottcher said. “There were a lot of fans here cheering us on. We were treated like real Olympic athletes.

Birmingham got to see athletes from her hometown, including 24-year-old Altamont School graduate Olivia Mannon, who played for the Israeli women’s lacrosse team. “It’s honestly been one of the best experiences of my entire life,” said Mannon, who holds dual US-Israeli citizenship due to his Jewish heritage.

It’s also hard to put a price tag on a return to a sense of sporting normalcy after the COVID-19 pandemic delayed the Summer Olympics by a year and then saw the Olympics played without any fans allowed. to attend in Tokyo.

The World Games saw one team forfeit due to positive COVID tests. The German flag football team had several players test positive and had to withdraw. Overall, as of Friday, only 22 athletes had tested positive, out of 3,373 athletes in 223 events. There were no COVID-related hospitalizations from the World Games, said Dr. Irfan Asif, UAB’s head of sports medicine.

Birmingham hosted the first international sporting event affiliated with the Olympics since the pandemic in which there were no restrictions on fan attendance unless an event sold out, as has happened with sumo wrestling at Butwell Auditorium.

A new City Walk, a linear park under the new I-20/59 Interstate Bridges, was funded by the Alabama Department of Transportation and completed in time to house the World Games Plaza. New LED lighting under the interstate bridges was also ready for the games, all planned and funded as part of the demolition and replacement of the interstate bridges that took place beginning in 2019.

The World Games allowed Birmingham to show its venues to the world, including the new Shield Stadium, which opened last year hosting UAB football and the Birmingham Bowl, and this year has hosted most of the season USFL and a concert by Garth Brooks.

The protective stadium hosted the opening and closing ceremonies, which included Alabama native Lionel Richie’s first performance in his home state in decades after launching his career in 1968 as a singer and saxophonist with the Commodores in Tuskegee.

A war directly impacted the competition in Birmingham and served as a serious backdrop for 105 Ukrainian athletes. They performed well, winning over a dozen gold medals and several dozen in total.

Russia, which led the medals at the last World Games in Poland, and Belarus were banned from these World Games due to the war against Ukraine.

More than 100 countries are eligible, but many have not sent any athletes to this competition. The World Games site lists 3,588 potential athletes from 103 countries. Russia and Belarus would have probably brought 200 or more additional athletes.

The World Games are a proving ground and a demonstration site for sports hoping to make it to or return to the Olympics. Tug of war was once an Olympic sport. The World Games give him a chance to stay in the limelight and perhaps one day regain Olympic glory.

Softball was part of the 2021 Olympics in Tokyo, with Japan winning the gold medal and the United States the silver. He was removed from the 2024 Olympic program in Paris but could be back in 2028 in Los Angeles. The World Games gave it a stage, with the United States avenging their Olympic loss and winning gold against Japan in a match that drew 8,000 fans to the Hoover Met.

In the end, Birmingham received a jolt of tension from the World Games that is impossible to truly measure.

Somewhere in Birmingham a child watched a game he may one day compete in as an athlete at the World Games or the Olympics, based on his past experience, said Joachim Gossow, CEO of the International Association of World Games.

“It will pay off years from now,” Gossow said. “How do you measure that? »

The athletes traveled with an entourage of support staff and officials that totaled approximately 4,500, as well as thousands of family and friends who traveled to the event. This will have repercussions around the world for years to come, he said.

“Birmingham, Alabama is well known in Europe,” said Gossow, who is from Germany. “How does this pay off in the long run? I can’t tell you right now.

Galbaugh said the World Games gave Birmingham and nearby towns a chance to showcase venues for future events. This could lead sports federations of lacrosse or other sports to organize future competitions in the city.

“It’s going to pay dividends,” said Andi Martin of the Alabama Department of Tourism. “We know that.”

More than that, the event brought unity and confidence to Birmingham, officials said. “The past 11 days have brought us all closer together,” Birmingham Mayor Randall Woodfin said at the closing ceremony. “You are now part of the family.”

World Games CEO Nick Sellers said it was difficult to measure the many ways Birmingham and the state have benefited.

“This is going to change our city forever, for good,” Sellers said. “That was the heart of what we were trying to achieve.”