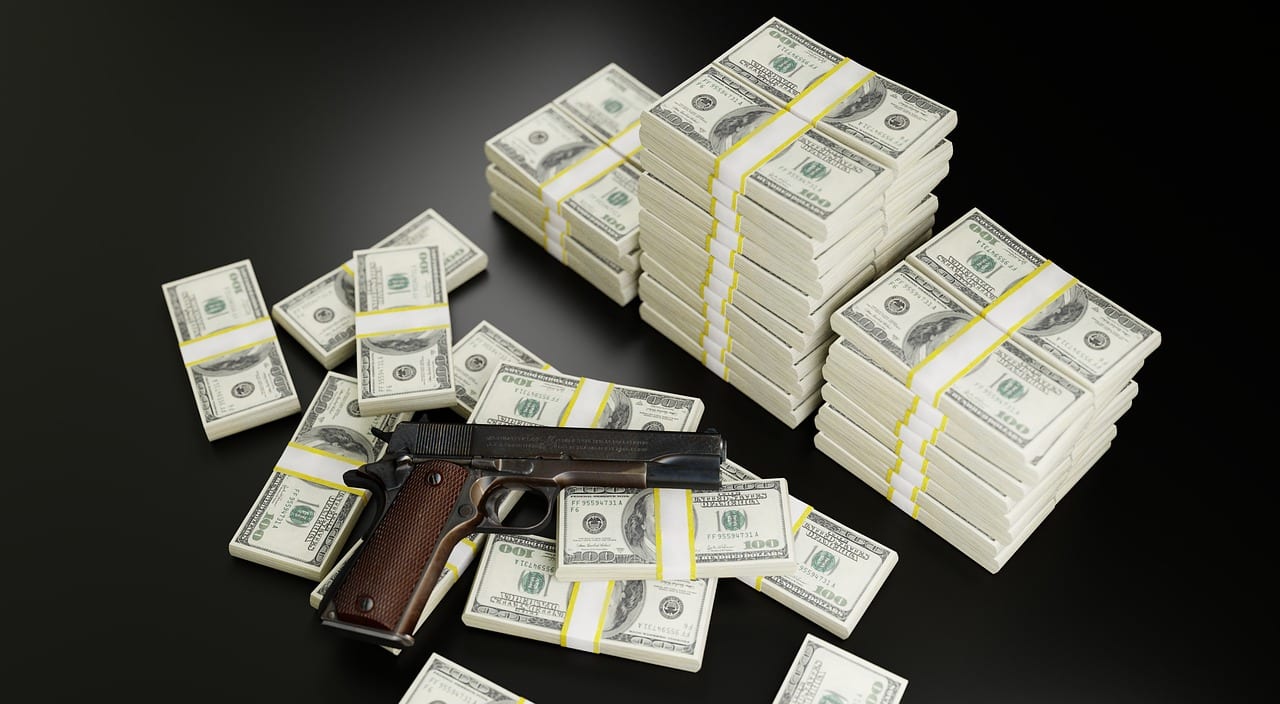 The US Treasury Department’s Office of Foreign Assets Control (OFAC) has designated a Hamas finance official as well as an extensive network of three Hamas financial facilitators and six companies that have generated revenue for the terror group through the management of an international investment portfolio.

The Hamas investment office, whose leadership oversees this network, held assets estimated at more than $500 million, including companies operating in Sudan, Turkey, Saudi Arabia, Algeria and the United Arab Emirates ( WATER). While the Hamas Shura Council and Executive Committee exercise control and oversight of the group’s international investment portfolio, the Investments Office is responsible for the day-to-day management of this investment portfolio.

“Today’s action targets the individuals and companies that Hamas uses to conceal and launder funds,” Assistant Treasury Secretary for Terrorist Financing and Financial Crimes Elizabeth Rosenberg said as she was in Israel to discuss efforts to combat the financing of terrorism. “Hamas has generated vast sums of revenue through its covert investment portfolio while destabilizing Gaza, which faces difficult living and economic conditions. Hamas maintains a violent agenda that harms both Israelis and Palestinians. The United States pledged to deprive Hamas of the ability to generate and move funds and to hold Hamas accountable for its role in promoting and perpetuating violence in the region.

The individuals and companies listed below are designated pursuant to Executive Order (EO) 13224, as amended, which targets terrorists, leaders and officials of terrorist groups, and those who provide support for terrorists or acts of terrorism. The United States designated Hamas a Foreign Terrorist Organization in October 1997 and a Specially Designated Global Terrorist pursuant to EO 13224 in October 2001.

Ahmed Sharif Abdullah Odeh (Odeh), a Jordanian national, was in charge of the international investment portfolio until 2017. Even after Odeh resigned as head of the investment office, he oversaw the investment office on behalf of the Board of the Hamas Shura. Odeh met regularly with senior Hamas officials, gave presentations on the portfolio’s business activities and coordinated financial transfers on behalf of the group.

Mid-2017, Osama Ali was appointed head of the Office of Investments, a post from which he coordinated financial transfers to Hamas. Although he did not retain an official role in the companies associated with the investment portfolio, he was involved in their business activities. In addition to managing Hamas’ investment portfolio, as of early 2019 Osama Ali was a Hamas operative and a member of the Hamas Shura Council. Additionally, Usama Ali served on the executive committee of Hamas. He maintained direct contact with senior Hamas leaders, including political bureau chief Ismail Haniyeh, political bureau deputy chief Salih al-Aruri, financial official Zahar Jabarin and others.

Hisham Younis Yahia Qafisheh (Qafisheh) is a Jordanian national based in Turkey who served as Osama Ali’s deputy and played an important role in transferring funds on behalf of various companies linked to Hamas’ investment portfolio. Qafisheh has been involved in operations management or held key positions in several Hamas-controlled companies, including as a board member of the Sudan-based company. Agrogate Holding and vice chairman of the board of directors of the Turkey-based company GYO trendand chairman of the board of the Sudanese company Al Rowad Real Estate Development. Qafisheh also managed Anda Companya real estate and construction company based in Saudi Arabia.

Agrogate Holding is an infrastructure and mining company in Sudan. Qafisheh and Odeh interviewed and hired leadership candidates for Agrogate and had a direct line of communication with the company’s board.

In 2018, Hamas elements owned around 75% of the issued capital of the Turkish company Trend GYO. Additionally, Hamas planned to privately issue more than $15 million worth of shares in Trend GYO to senior investment portfolio officials.

Al Rowad Real Estate Development was created in 2010 through the merger of several Hamas companies based in Sudan. Qafisheh made hiring and firing decisions at Al Rowad and was also involved in the company’s financial transactions.

Hisham Younis Yahia Qafisheh is designated pursuant to EO 13224, as amended, for acting or purporting to act for or on behalf of Hamas, directly or indirectly. Anda Company, Agrogate Holding, Trend GYO and Al Rowad Real Estate Development are designated pursuant to EO 13224, as amended, to be owned, controlled or directed, directly or indirectly, by Hamas.

The Bureau of Investments also secretly held assets in companies based in Algeria. Sidar Company and based in the UAE Itqan Real Estate JSC, both of which appeared to operate as legitimate businesses, but in practice were controlled by Hamas and transferred money to the group. A significant portion of the funds transferred by these companies to Hamas was allocated to the group’s military wing, the Izz-Al-Din Al-Qassam Brigades.

Sidar Company and Itqan Real Estate JSC are designated pursuant to EO 13224, as amended, to be owned, controlled or directed by, directly or indirectly, Hamas.

‘Abdallah Yusuf Faisal Sabri (Sabri), a Jordanian national based in Kuwait, is an accountant who worked in Hamas’ finance ministry for several years. Sabri, a financial official and representative of Hamas, has been a prominent figure in the terror organization since 2006 and has played a role in expanding Hamas’ reach in the region.

Since at least 2018, Sabri has managed Hamas’ operational expenses and oversees the transfer of large sums of money on behalf of Hamas, including transfers from Iran and Saudi Arabia, which he sends to members, units and Hamas industries. In 2018, Sabri was named chairman of a committee that, along with Hamas’ investment apparatus, would oversee a budget summary report in accordance with a resolution from a recent meeting of Hamas leaders. Sabri likely knew details about Hamas’ financial planning and was likely aware of Hamas’ investment plans, sources of income and financial expenditures.

‘Abdallah Yusuf Faisal Sabri is designated in accordance with EO 13224, as amended, to be a leader or official of Hamas.

As a result of today’s action, all property and interests in property of the persons and entities named above, and any entity owned, directly or indirectly, 50% or more by them, individually or with other blocked individuals, who are in the United States or in the possession or control of US nationals, must be blocked and reported to OFAC. Unless authorized by a general or specific license issued by OFAC or otherwise exempted, OFAC regulations generally prohibit all transactions by U.S. persons or within the United States (including transactions transiting through the United States United States) that involve property or interests in property of named or otherwise blocked persons. people.

In addition, engaging in certain transactions with the designated persons and entities today carries the risk of secondary sanctions pursuant to EO 13224, as amended. Under this authority, OFAC may prohibit or impose strict conditions on the opening or maintenance in the United States of a correspondent account or transit account of a foreign financial institution that has knowingly made or facilitate any material transaction on behalf of a Global Terrorist.

OFAC’s sanctioning authority and integrity derives not only from its ability to designate and add individuals to the SDN List, but also from its willingness to remove individuals from the SDN List in accordance with law. The ultimate goal of sanctions is not to punish but to bring about a positive change in behavior. For more information regarding the process for requesting removal from any OFAC list, including the Specially Designated Nationals and Blocked Persons List, please refer to OFAC’s 897 Frequently Asked Questions. Additional information regarding the sanctions programs administered by OFAC can be found here.

View the credentials of designated individuals and entities.

Learn more at the Treasury Department

2022-05-30
Previous Post: The war devastates Norway’s oil and gas profits. Now it is asked to help
Next Post: Angry Iranians clash with cleric over Abadan tower collapse that killed 32 people