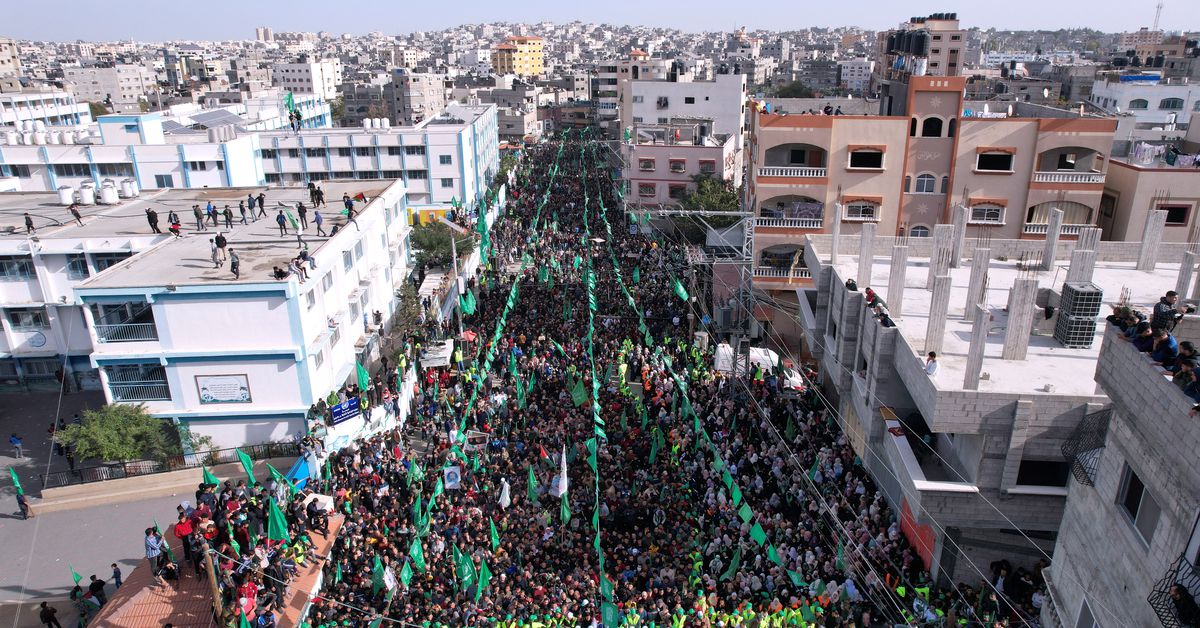 US imposes sanctions on Hamas official and financial network

Drone image shows Palestinians taking part in a rally marking the 34th anniversary of the founding of Hamas, in the northern Gaza Strip December 10, 2021. REUTERS/Mohammed Salem

WASHINGTON, May 24 (Reuters) – The United States on Tuesday imposed sanctions on a Hamas finance official and a network of financial facilitators and businesses that have generated revenue for the Palestinian militant group, the Department of Justice said. Treasure.

The sanctions target Hamas’ investment office, which has assets estimated at more than $500 million, including companies operating in Sudan, Turkey, Saudi Arabia, Algeria and the United Arab Emirates, the official said. department in a press release.

Hamas rules the Gaza Strip and is considered a terrorist group in the West and by Israel.

A Hamas official, Sami Abu Zuhri, denied the US allegations.

“The US allegations are incorrect and they come within the framework of the Israeli occupation party taking over and spreading its false allegations,” Abu Zuhri said.

The Hamas official cited for the sanctions is Abdallah Yusuf Faisal Sabri, a Jordanian national and accountant based in Kuwait who worked in Hamas’ finance ministry for several years, the Treasury Department said.