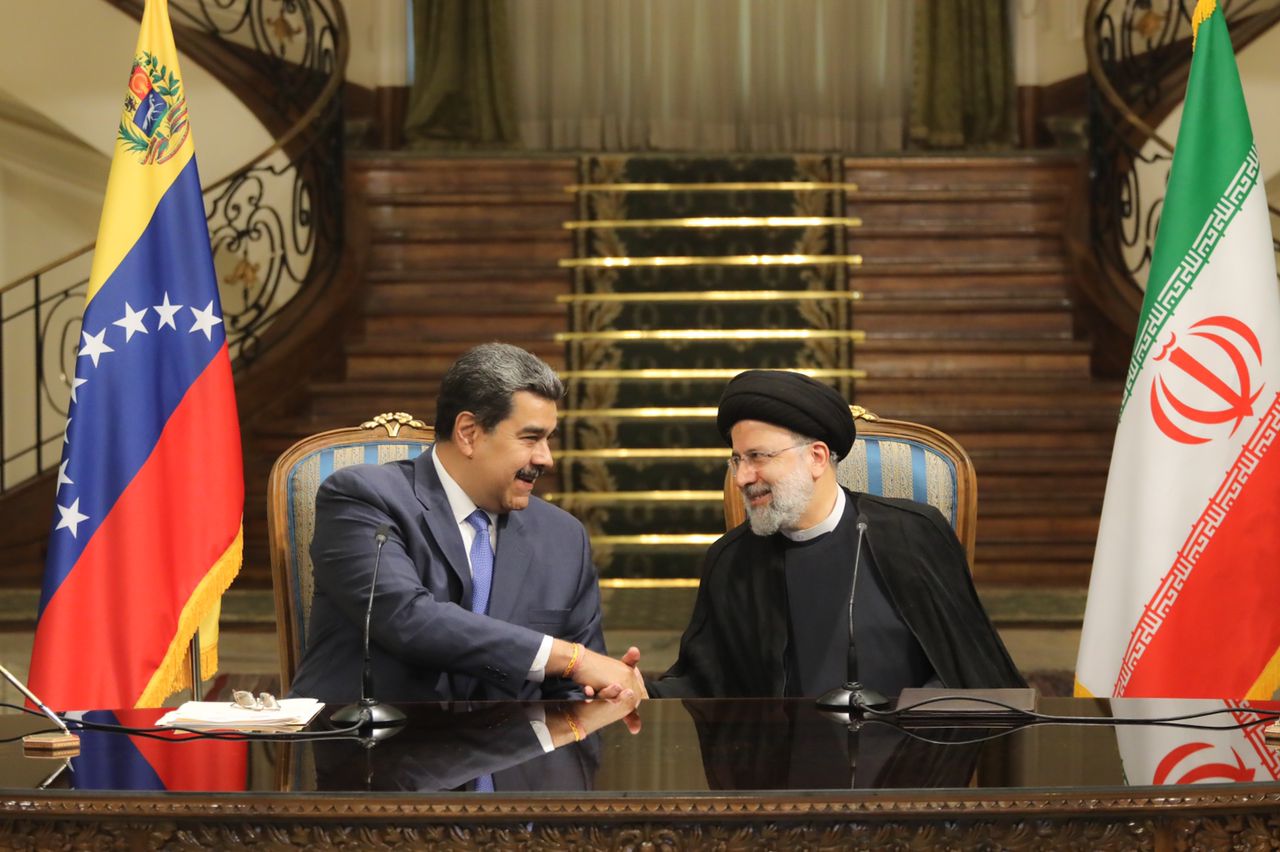 The two-day visit to Iran is part of an overseas tour by the South American president who has already visited Turkey and Algeria.

“We have reached the year 2022 in better shape, more prepared and stronger to unite the forces of Iran and Venezuela in a truly impressive map of cooperation,” said Maduro, who was accompanied by a political delegation and high-ranking economy.

The deal also builds on longstanding cooperation on energy issues, with Iran playing a key role in Venezuela’s efforts to reclaim its oil industry under punitive US sanctions. Maduro then met directly with Iranian Oil Minister Javad Owji, who had previously visited Venezuela in May.

The new 20-year deal would also include repairing Venezuelan refineries and exporting technical and engineering services. Venezuela will also receive the second of four new tankers built between the Iranian company Sadra and the Venezuelan PDVSA, with a capacity of 800,000 barrels.

“The signing of the 20-year cooperation document between Caracas and Tehran is an example of the strong will of the authorities of both countries to expand cooperation in all directions,” Raisi said.

Iran’s president also specifically praised Maduro, saying he was a leader “who demonstrated a policy of fighting against imperialism and successfully overcame sanctions and threats.”

“Venezuela has shown exemplary resistance against sanctions and threats from enemies and imperialists,” the Iranian president added.

The United States also maintained a strict sanctions regime against the Iranian government, which was intensified after the collapse of the 2015 Joint Comprehensive Plan of Action regarding Iran’s nuclear program following the abandonment of the agreement. by former US President Donald Trump.

Venezuela has been under a similar maximum pressure campaign since 2017, when the US Treasury Department imposed financial sanctions on PDVSA, followed by an oil embargo in 2019 as well as secondary sanctions on shipping companies and other intermediaries.

“You came to our aid when the situation in Venezuela was very difficult and no country was helping us,” Maduro said.

For his part, Khamenei praised the “resistance” of Iran and Venezuela.

“The two countries have such close ties with no other country, and Iran has shown that it takes risks in times of danger and holds the hand of its friends,” Khamenei said.

Maduro’s visit to Iran follows trips to Turkey and Algeria, where he met with Presidents Recep Tayyip Erdoğan and Abdelmadjid Tebboune respectively.

Passing through Algeria, the two countries reaffirmed their solidarity and support for Palestine, the Saharawi Republic and Libya in their historic struggle for self-determination.

“With our tour of Turkey, Algeria and Iran, we have consolidated deep friendships as brotherly peoples, putting in place agreements and great achievements that result in shared well-being”, wrote Maduro on Twitter.

The Venezuelan president began his overseas tour as the IX Summit of the Americas was held in Los Angeles, California. The United States chose not to invite Venezuela, Cuba and Nicaragua to the regional rally, but was met with boycotts and protests from regional leaders over its decision. The exclusion of the three countries ultimately overshadowed the events of the summit.

Venezuela, for its part, has instead focused on deepening “South-South” relations with allies around the world, a longstanding priority of the country’s foreign policy.

Edited by Ricardo Vaz in Caracas.