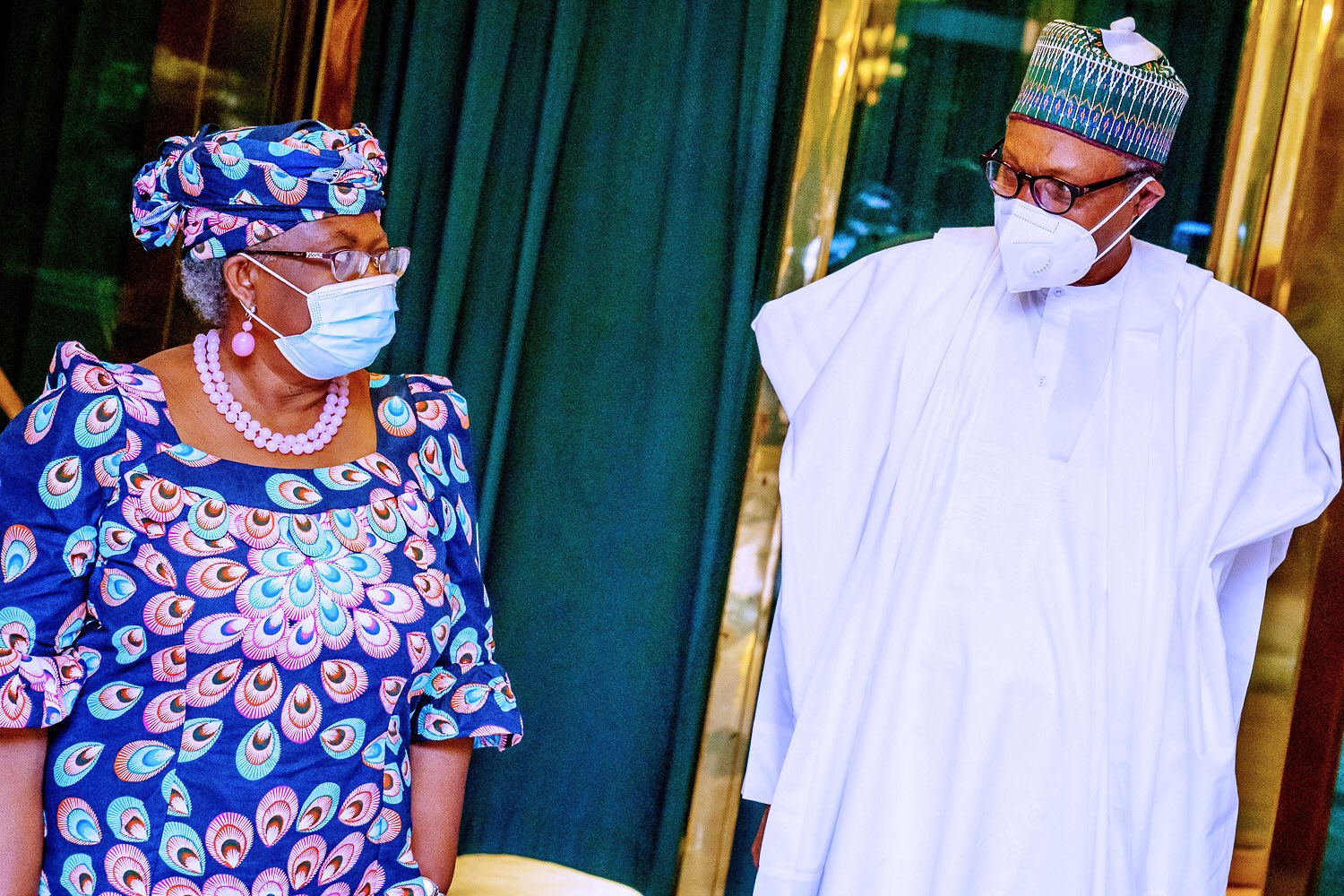 What if these 25 Nigerians got together and fixed Nigeria?

So 2023 beckons. Another election is fast approaching and everyone is fighting to be in the hall of power. The chatter about who will become the number 1 person in the field and where he or she will come from is gaining momentum. Zoning, age, religion, and political party begin to dictate the discussion, as background and skills are always on the back burner. Because Nigeria’s rate of inflation, economic growth, debt, income, poverty and a self-devaluing currency care about zoning, age, religion and political parties. Because once a southerner is at the helm, automatically our debts are cleared and a dollar will now be equal to a naira. Even better, when a northerner takes over, we will stop importing food and fuel and inflation will drop to 2% with immediate alacrity.

Much ado about nothing as William Shakespeare says. Nigeria is in a state of emergency and we are on the brink of a national disaster. The pendulum is not in our favour. More than 150 million Nigerians are on a slippery slope. The African nation with the highest GDP is not among the top 10 countries to invest in Africa. Africa’s largest oil producer is now importing fuel and has added adulterated fuel to the mix. Too many anomalies and paradoxes. Foreign direct investment has declined. There is massive capital flight and brain drain in the healthcare sector as everyone now has a migration plan. We are now borrowing money to pay salaries and repair roads, but now China has stopped responding to our call. The African Giant has been put on voicemail. We have to fix Nigeria. We must put aside our differences and embrace the common goal of saving Nigeria.

So listen to me. Is it remotely possible for everyone to abandon their political parties and egos and work together in a decentralized government and fix Nigeria? Nigeria is home to innovative and intellectual Nigerians who have allowed politics to damage their luster and have collectively overseen a year in decline for the West African nation.

Here is a list of Nigerians who would make up the rescue committee in no particular order.

Okonjo Iweala (Finance Minister): Okonjo’s Iweala’s time as economy minister and head of the World Trade Organization would see his partner Sanusi restore our economy. His role will be to oversee our monetary policy and control the independent central bank and support other ministers with regard to fiscal policy or budget formation;

Alhaji Sanusi (become finance minister 2): Having two finance ministers will give an extra pair of eyes and defeat the excess of having a powerful finance minister. His stint as CBN Governor and Emir of the country’s largest state gave him enough knowledge on how to fix the country’s finances, revenue, debt and how to allocate resources to strengthen a business environment for the benefit of the people.

Bola Tinubu (Minister of Revenue Generation 1): As Governor of Lagos State – oversaw the most revenue-generating state without oil, someone who turned an economy of 600 million naira a month into a saving of 10 billion per month should have the possibility of increasing our bleeding income)

Yewande Sadiku (Minister of Revenue Generation 2): Under the tenure of the former investment banker and CEO of NIPC, NIPC’s internally generated revenue also increased from N296 million in 2016 to N3.06 billion in 2020.

Akinwunmi Adesina (Minister of State for Agriculture and Food): Former Minister of Agriculture and President of the African Development Bank would know enough to restore agriculture to become our main commodity export base and feed our growing population. Why do we have so much arable land and population if we can’t create our own food?

Kemi Adeosun (Minister of Women’s Affairs and Social Development): Studies prove that the power of girls’ education on national economic growth is undeniable: a one percentage point increase in women’s education increases gross domestic product (GDP) average by 0.3 percentage point and increases GDP growth rate by 0.2 percentage point. No other woman to determine how women who make up 54% of the population can contribute to GDP. Does not having a NYSC certificate make her incompetent?

Atedo Peterside (Minister of Budget and National Planning): A patriotic statesman and a banker would surely cut costs and help with national planning.

Babatunde Fashola (Minister of Transport): His time in Lagos oversaw many projects in the transport sector. It would come to help connect people and places, balancing investments across the country.

Pierre Obi (Minister of Trade and Industry): The frugal political businessman can help turn our fortunes to China where trade and industry contribute greatly to the growth of the economy.

Yemi Osibanjo (Minister of Trade and Investment): As Vice President, he was the Chairman of the NEC and the champion of the ease of doing business who understands that SMEs are the biggest employers of labor and would be a good addition to the list.

Tony Elumelu (CBN Governor): Responsible for stimulating entrepreneurship like TEF through loans. His recent tirade against the illegal theft of oil from terminals highlights the desire for a better country. His knowledge of the banking system is also a plus.

Aliko Dangote (Minister of Petroleum): Because our oil industry needs experienced private players and he undertook a refinery built only by sovereign nations.

Femi Falana (AGF and Minister of Justice): Because he fought all his life against impunity, social injustice and corruption.

Babatunde Fowler (Chairman of FIRS): Nigeria is needed to broaden the tax base and our present improvement in tax revenue is due to his efforts as Chairman of FIRS.

Pat Utomi (Minister of Education): Who understands better that education and literacy are the pillars of a productive country than the teacher himself?

Bismarck Rewane (Minister of Labor and Employment): The CEO of Financial Derivatives should be given the opportunity to carry out his work as head of the minimum wage implementation committee.

Hamid Alli (Minister of Customs and Home Affairs): He should be given the opportunity to continue to do a good job of generating revenue through Customs and address our continued shortage of passports through the Home Department .

Seyi Makinde (Minister of Energy): His background in engineering and his understanding that young people need electricity to be more productive would make him tenacious in securing and overseeing the unbundling of the electricity sector.

Nasir El-Rufai (Minister of Labor and Employment): Around 40% of the total government expenditure goes towards paying the salaries of civil servants, but with bureaucracy and poor service delivery, it is high time to fix the civil service and the public service. Preventing redundant and phantom workers from eating into the national purse citing what he did in Kaduna is exemplary in this regard.

Kingsley Moghalu (Minister of Natural Resources): His policy and plan reinforces the fact that Nigeria has enormous potential and that finding a way to harness our resources will be critical. Nigeria has the largest gas reserves in Africa but does not produce as much as Algeria. Same thing with large oil reserves and not producing as much as the United States.

‘Professor’ Zulum (Minister of Defence): Someone who risked their life to walk into Boko Haram territory would fight security and end insecurity in the northern region.

Akin Alabi (Minister of Sports): In my opinion, no one understands sport better than the CEO of a sports betting company and an investor in football teams. How can we energize our national league and indirectly increase our income through the entertainment of Nigerian sports teams?

Donald Duke (Minister of Culture and Tourism): A second chance to make Nigeria like Dubai?

Nyesom Wike (Minister of Public Works): ‘Mr Works’, as he is affectionately known, will see to it that all projects are carried out.

Simon Kolawole (Minister of Information) just because he has contributed so much to Nigeria with just a pen, he will surely do more in this portfolio.

Every year we sign a vote of no confidence in every minister. Each year, a single block of the electorate will remove any minister who does not perform. This is the power of decentralization – power to the people

2022-04-26
Previous Post: End gas imports from Nigeria – New Telegraph
Next Post: Gigi Hadid teams up with the swimwear brand for a new collection