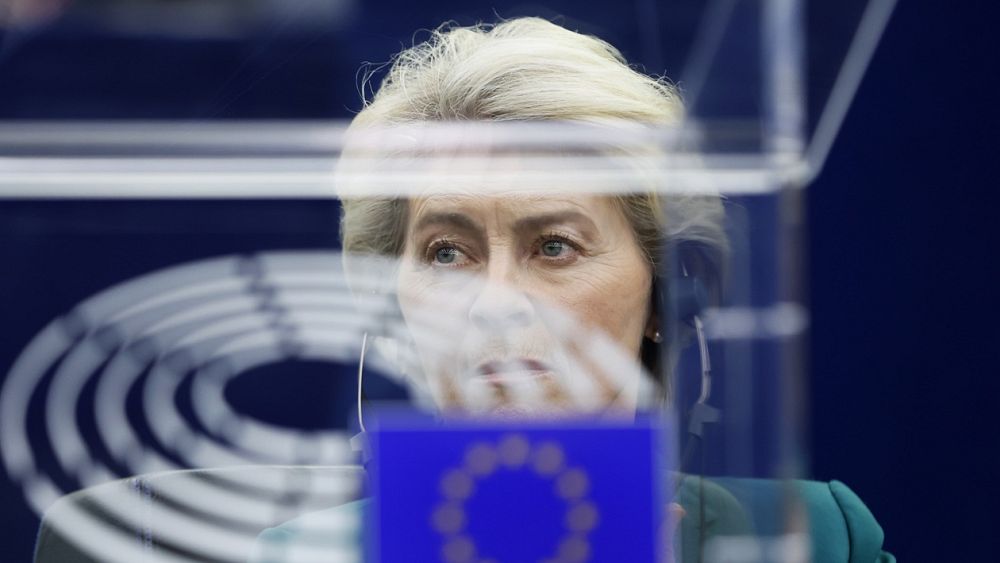 With war raging, the European Green Deal stands at a crossroads | See

Russia’s invasion of Ukraine imposes a new definition of security on Europe and the world.

We are experiencing an energy crisis, a military defense crisis, a lingering post-COVID crisis, and now ‘Putinflation’: a commodity price crisis hurt the most vulnerable.

All this increases the cost of green finance, at a time when the IPCC has given us just three years to put the brakes on climate change.

European leaders are aware of this dangerous convergence of security threats. The EU has long shown its resolve on climate issues and, as it did at the height of the pandemic, continues to show impressive resilience in the face of turbulence.

As this ruthless war and the web of interrelated problems persist, the EU has an opportunity to strengthen its unity and establish itself as a security anchor: for itself, for the region and for the world.

This is the central message that EU leaders must convey today and until COP27 in Egypt this November, emphasizing the urgency of the transition to renewable energy as a peace project.

A war fueled by fossil fuels

The EU should also highlight the legacy of fossil fuels that has brought us to this point. Greenhouse gas emissions are part of this threat. The same goes for the accumulation of states and corporations that have amassed inordinate power through their production and exports, often in ways that help them escape accountability.

The “net-zero by 2050” vision enshrined in the Paris Agreement and put into practice by the European Green Deal with a target of 2035, is a plan to tackle the deep failures of this system. Indirectly, it is a threat for many beneficiaries of this system.

Russian elites and oligarchs are currently illustrating their own analysis of this convergence of crises. Russia’s war is both a brazen attack on a sovereign state within its perceived “sphere of influence.” It is also a bet to destabilize Europe’s deep decarbonization objectives, because these, carried by Russia’s largest energy importing customer, threaten the heart of the country’s governance model.

So far, the EU’s response to the invasion, exemplified most recently by the sixth sanctions package and the launch of REPowerEUis commendable and in many ways impressive, even if the geopolitics of fossil fuels exposes it to dangerous contradictions.

Whereas the last round of sanctions has made progress on oil, the phased approach has been continually delayed, with leaders dithering on oil and gas, and the fundamental threats they pose to all aspects of our security.

In a perverse illustration of this, the design of sanctions currently allows Russia to accumulate record current account surplusestaking advantage of high world commodity prices and a particularly tight market for oil and gas.

In this regard, Russia is in a strong position. A well-resourced Russian war machine can – and already does, in the case of the Netherlands, Denmark and Finland – cut off energy supplies to European countries on its own terms.

This raises fears of a long, harsh European winter marked by even more volatile energy prices, soaring inflation and tough heating and food choices amid which Putin could threaten or inflict even more pain when he wishes.

“Ripping the plaster off” of our Russian oil and gas imports, as some experts have long recommended, could have put Europe in a different position by winter. Moreover, it would have enshrined our commitments to renewable energy rather than sending mixed signals to the world.

Nevertheless, REPowerEU is such a strong and vital signal, supported by a decisive envelope of 300 billion euros for renewable energies (compared to 10 billion euros for gas), while oil sanctions are expected to eliminate 90% of European imports. by the end of the year. . This will ultimately deprive the Russian war machine of considerable assets.

Trading one risk for another

The European Commission’s international energy strategy, launched alongside REPowerEU, is less convincing. As REPowerEU injects renewed political will into Europe’s long-term climate goals, our immediate run for gas exposes us to a new set of risky dependencies with other exporters.

A pipeline or LNG terminal will always be a node of potential vulnerability, and Russia is not alone in weaponizing energy exports, as oil in the 1970s or today’s gas freeze showed. between Algeria and Morocco.

Because the duration of fossil fuel projects is measured in decades, immense mobilization of capital and expensive infrastructure, it is difficult to see how such dependencies serve Europe or global security in the long term.

This is partly because they lock us into long-term energy choices that will hinder the transition and cause a continued release of greenhouse gases into the atmosphere.

Building on its growing sense of resilience and solidarity, the EU should heed the lessons of the COVID response and build on its short-term plan to jointly purchase non-Russian gas, so as to minimize the need for new infrastructure and to avoid damaging competition between Member States and potential exporters.

While EU diplomacy is fluent in the language of renewable energy transition and actually doing far more than most, the erosion of multilateralism is putting Europe under more pressure to go further and talk about one voice.

On the one hand, our global race for gas is taking place alongside an expansion of coal use in some EU countries. Although this is a time-limited crisis mitigation measure, it is difficult to reconcile with our international rhetoric.

G20 countries heavily dependent on coal, such as South Africa or Indonesia, may take a dim view of these decisions, especially when we urge them to downsize and exit their own coal industries, and only offer more debt as a way for them to finance it. .

This year’s announced end to international public finance for fossil fuels in the form of export credits was, while welcome, short of detail or even an explicit deadline. This went against the recommendations of the International Energy Agency, as well as the statement made by many advanced economies at COP26 in Glasgow.

The overall picture is even bleaker. The world currently faces an annual investment gap of US$4.35 trillion to fund the green transition through 2030. Despite this, 70% of energy subsidies still go to fossil fuels, compared to 20% to renewables .

Despite all this, the EU remains a global climate leader. These crises strain our institutions, but they also provide clarity.

They reveal Europe’s unique responsibility in maintaining its unity and offer a unifying vision beyond its borders, for the peaceful and secure world we want. A response rooted in security and solidarity.

Laurence Tubiana is CEO of the European Climate Foundation and was one of the main negotiators of the Paris Agreement.