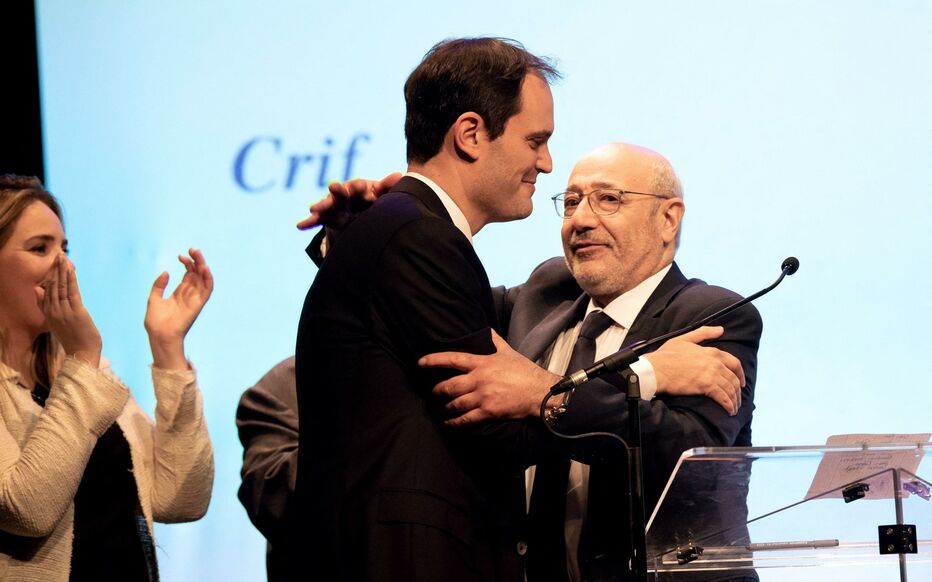 He will lead the institution for a term of 3 years and succeeds Francis Kalifat who served two terms as president.

Arfi, 42, was elected in the first round by 149 votes against 74 for Ariel Amar, member of the executive bureau of Crif and president of the France-Israel Association. He is the youngest president of Crif, an organization which brings together some 70 associations. The Crif’s mission is to “fight against anti-Semitism”, “preserve and transmit the memory of the Holocaust” and “affirm the solidarity” of the Jewish community “with Israel”.

Arfi describes himself as a “Jewish activist and citizen”. Father of three children, he is a graduate of HEC and manages a group of companies active in business consulting and real estate.

Born in Toulouse, he spent his childhood and adolescence in the Yvelines, attended public school in Saint-Quentin-en-Yvelines then Versailles, and joined the scouts through the Eclaireurs Israélites de France.

The spirit of resistance of his great-uncle Alfred Nakache, Olympic swimmer and survivor of the Holocaust, nicknamed the “swimmer of Auschwitz”, tutelary figure of the family, has had a lasting impact on his personal development.

Like many Jews of his generation, at the turn of the year 2000, his peaceful identity was confronted with the anti-Semitic wave that arose during the Second Intifada. Faced with the hatred of Jews and Israel, he became a militant Jew against anti-Semitism and a committed citizen. He was one of the first public figures to denounce Dieudonné’s anti-Semitism and created the CoExist program to combat racist and anti-Semitic prejudice in schools.

A member of Crif’s General Assembly since 2001, he joined the Management Board in 2007 and then became Chairman of the International Relations Commission.

Vice-president of Crif since 2014, he was in charge of the Crif Convention, an annual forum for meetings and debates at the crossroads of the Jewish community and French society as a whole.

He says he wants to “lead a united, combative and socially engaged Crif”.

“There is emotion, but there is also an awareness of the responsibilities weighing on the president of Crif in a particularly turbulent period politically,” he told AFP after his election.

“We have a rise in extremes which represent a level of threat not seen for the Jews of France for several decades, so we obviously have a Crif which reflects these concerns but also this mobilization”, he added.

The Jewish community in France, with some 450,000 people, is the largest in Europe.

Among his priorities, Arfi says he wants to “lead the fight against anti-Semitism, of course, by trying to make French society understand that basically, what threatens the Jews of France threatens society as a whole”.

He had campaigned by promising more openness of Crif to social issues.